“Secret Mother” is a mystery-thriller drama centered around the friendship that forms when a mysterious surrogate mother, Kim Eun Young (Kim So Yeon), enters the home of Kim Yoon Jin (Song Yoon Ah). Kim Eun Young fakes her identity as Lisa Kim to uncover details about her sister, who disappeared without a trace, while Kim Yoon Jin has been hiding a secret about her child’s death. 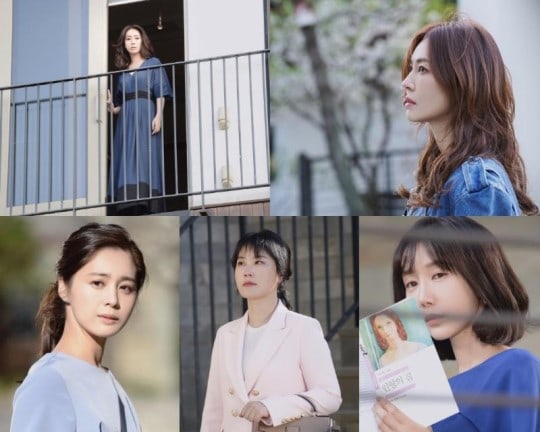 The clip starts with Kim So Yeon walking as she drags a black suitcase. She can be heard saying, “My sister has disappeared. This house contains hints about my sister.”

As Kim So Yeon continues walking up the street, the voice-over includes comments by the various neighbors. Kim Jae Hwa remarks, “A girl I’ve never seen before has appeared.” Oh Yeon Ah says, “What’s certain is that this girl doesn’t fit with this place,” while Seo Young Hee adds, “If that’s the case, wouldn’t it be right to chase her out immediately?”

Once Kim So Yeon reaches the end of the street, she pauses in front of a house. Song Yoon Ah can be seen looking out at Kim So Yeon as she says, “A woman came into my house. A rift formed in my life after she showed up.”

Check out the first look of “Secret Mother” below!