Fresh Yet Familiar: 6 Reasons Why The Premiere Of “Suits” Was A Solid Start

The Korean remake of “Suits” premiered this past Wednesday night, coincidentally on the same night the U.S. version aired the Season 7 finale (where huge things happened, too!). For those of us who have watched the U.S. version, we know that the series is very slick, stylish, and zippy, with pop-culture-infused banter flying around a mile a minute. And after watching the first two episodes of the Korean version, I am happy to report that it is just as fresh and exciting as the original.

Here are some reasons why “Suits” is looking to be very promising:

The fresh take on a working formula 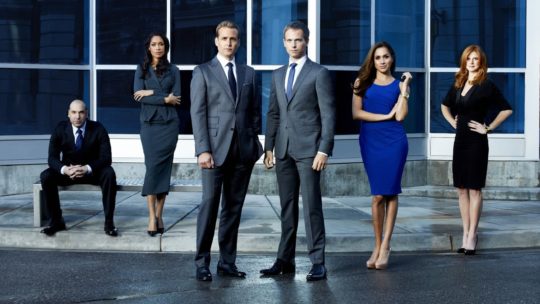 The cast of the U.S. series

Unfortunately, the record for Korean remakes of American shows has been rather hit-and-miss, with “The Good Wife” being in the former category, and “Entourage” belonging in the latter. It’s not always easy to adapt these dramas to suit the larger Korean public while also maintaining the integrity and spark of the original. One of the reasons that makes this a solid premiere is that it doesn’t overly stick to the original, but rather only uses it as a guiding framework and characterization, while adding more Korean-friendly elements. This makes it a win-win for both fans of the original and newcomers to the show. 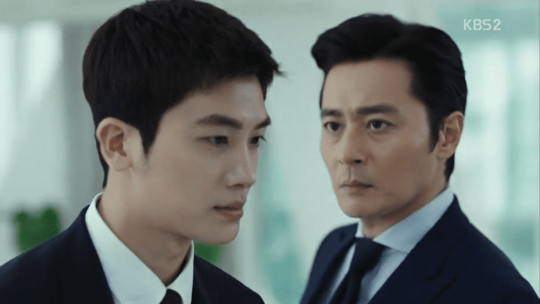 The most important relationship in the original series is the one between Harvey and Mike. So I have to say, well done to the actors and the casting department, because the Korean version has got this area down pat.

Jang Dong Gun plays Choi Kang Seok, an excellent corporate lawyer working at Kang and Ham law firm. Park Hyung Sik, on the other hand, plays Go Yeon Woo – a college drop-out with a photographic memory. While trying to evade the cops, Yeon Woo happens upon Kang Seok interviewing candidates to be his associate. Just from those few minutes alone, we can see the easy chemistry between the two, which only becomes more palpable when they actually start working together in the second episode. Their scenes are magnetic, and I for one am really excited to see the mentor-mentee relationship fully blossom. 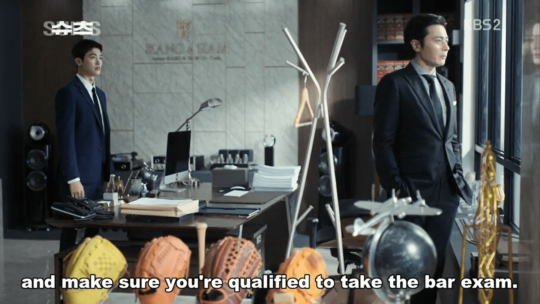 Kang Seok, like his U.S. counterpart, is a collector too!

And on the note of casting, I just wanted to say I’m amazed at how much Jang Dong Gun and Park Hyung Sik exude Harvey and Mike. Spot-on casting!

The charm that is Park Hyung Sik 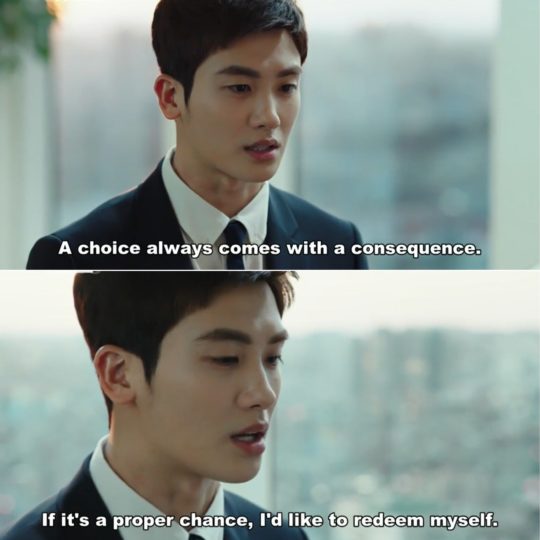 Park Hyung Sik plays Go Yeon Woo so charmingly and with so much gumption, that it’s easy to buy into the premise that Kang Seok would hire Yeon Woo as his associate, even after knowing he’s not an actual lawyer. Hyung Sik ably showcases each side of Yeon Woo, whether he’s being witty, flirty, or desperate to be given a chance. The scenes where he is with his grandmother are just so sweet and sincere, and is such a testament to his acting. And when he starts citing all the laws and loooong legal jargon? Wow! 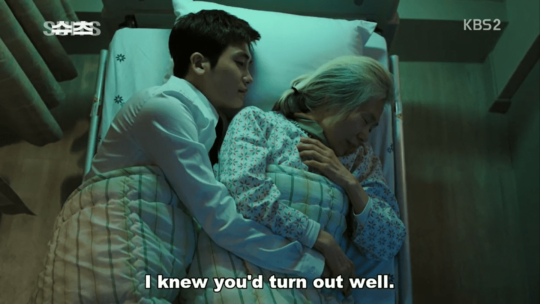 The other talented players

The original “Suits” is very much an ensemble show, with well designed characters. And so far, the Korean remake showcases a charming ensemble as well. The Korean counterpart for Louis Litt is played Chae Geun Sik (Choi Gwi Ha). Although stature-wise they look nothing alike, you can tell immediately who he is, as he shows the same eccentricities and hunger for power along with the familiar competitiveness when it comes to Kang Seok. 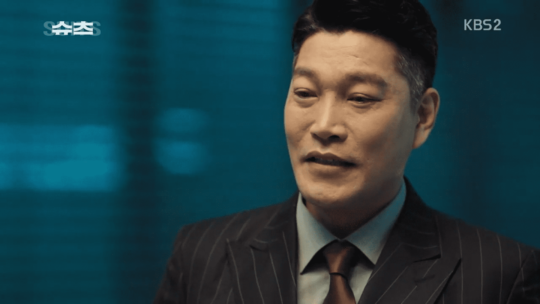 Kang Ha Yeon (Jin Hee Kyung), the name partner of the law firm and everyone’s boss, shows to be just as astute and strong as her U.S. counterpart – Jessica Pearson. The same can be said with Kang Seok’s assistant Hong Da Ham (Chae Jung An, who plays the Korean Donna), and Kim Ji Na (Ko Sung Hee, who plays the Korean Rachel), a paralegal at the firm. The trio of women in the original series are written to be strong, beautiful, and so, so smart. And from what we’ve seen in the first two episodes, it certainly seems like the characters are in good hands. 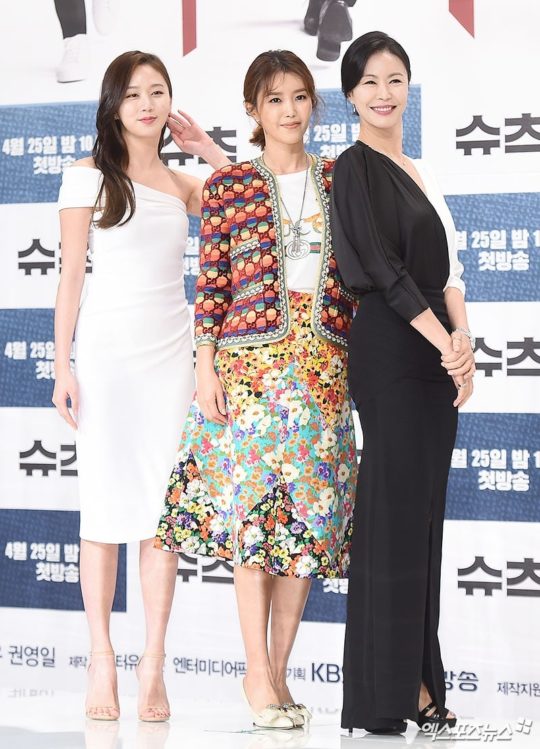 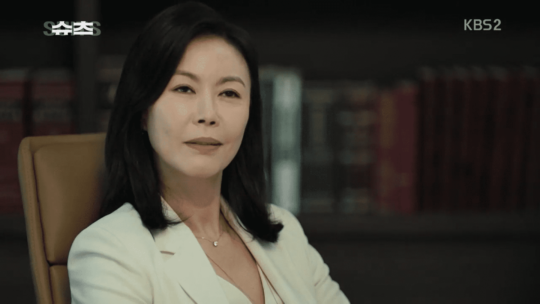 Everything about this drama is stylish, from the mouth-watering wardrobe, to the selected music tracks and OSTs, and also the locations. Even when we first meet Choi Kang Seok, it’s in a very classy, old-school type barbershop.

The editing itself is also wonderfully done, always keeping the pace moving along. A special shout-out to the scene which inter-cuts the conversation between Kang Seok and Yeon Woo, with the conversation between Kang Seok and Ha Yeon. Everything about this sequence is top-notch – the editing, the lines, the delivery, everything – and is a sign of more fascinating scenes to come.

So many things to already look forward to 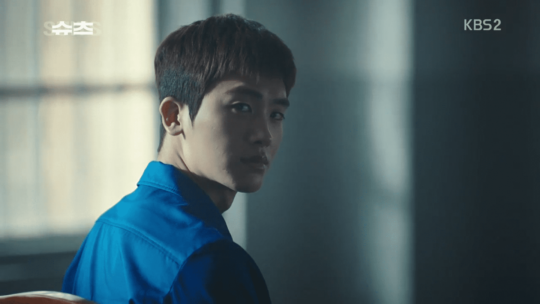 Knowing that this is a one season drama and that it’s not religiously sticking to the original makes me even more excited to see where the story line is headed. The “Mike is a fraud” plot line festered for a few seasons in the original before it really hit the fan. But in the cold open for this drama, we already glimpse a flash-forward of Yeon Woo in jail. Similarly, Yeon Woo can already see that Ji Na is meant for so much more than to just be a paralegal, so I’m curious to see how all these plot points will unfold in its 16-episode run.

As for those who like a good romance, be sure to stay tuned for what I’m sure will be a very flirty relationship between Yeon Woo and Ji Na (and maybe even Kang Seok and Da Ham). 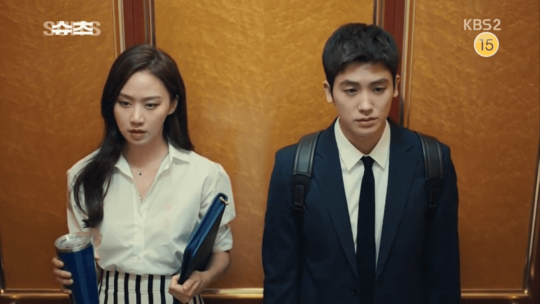 In a nutshell, “Suits” is stylish, charismatic, and a good watch for both fans of the original and new viewers! So let’s suit up and dive into the stylish world of “Suits”!

Have you watched the premiere of “Suits”? And are you also watching the U.S. version? Let us know in the comments below!

Belinda_C was looking forward to this so much that she was worried she would be let down. Happy to say she’s not! She’s also so excited for half of Shinhwa to go to the jungle, that she literally screamed when she read the news.