“Lawless Lawyer” is a legal drama that tells the story of a gang member turned lawyer named Bong Sang Pil (played by Lee Joon Gi) who uses his fists and knowledge to fight for justice.

In the still released on May 3, Lee Joon Gi and his client Woo Hyung Man (played by Lee Dae Yeon) get physical in the interrogation room.

Lee Joon Gi and his client fiercely look at each other and tension builds between them. His client grabs him by his shirt collar, but Lee Joon Gi reacts calmly with a smile. Tables are turned when Lee Joon Gi approaches his client and leaves him with a frightened look on his face, making viewers wonder what he said to leave him trembling in fear. 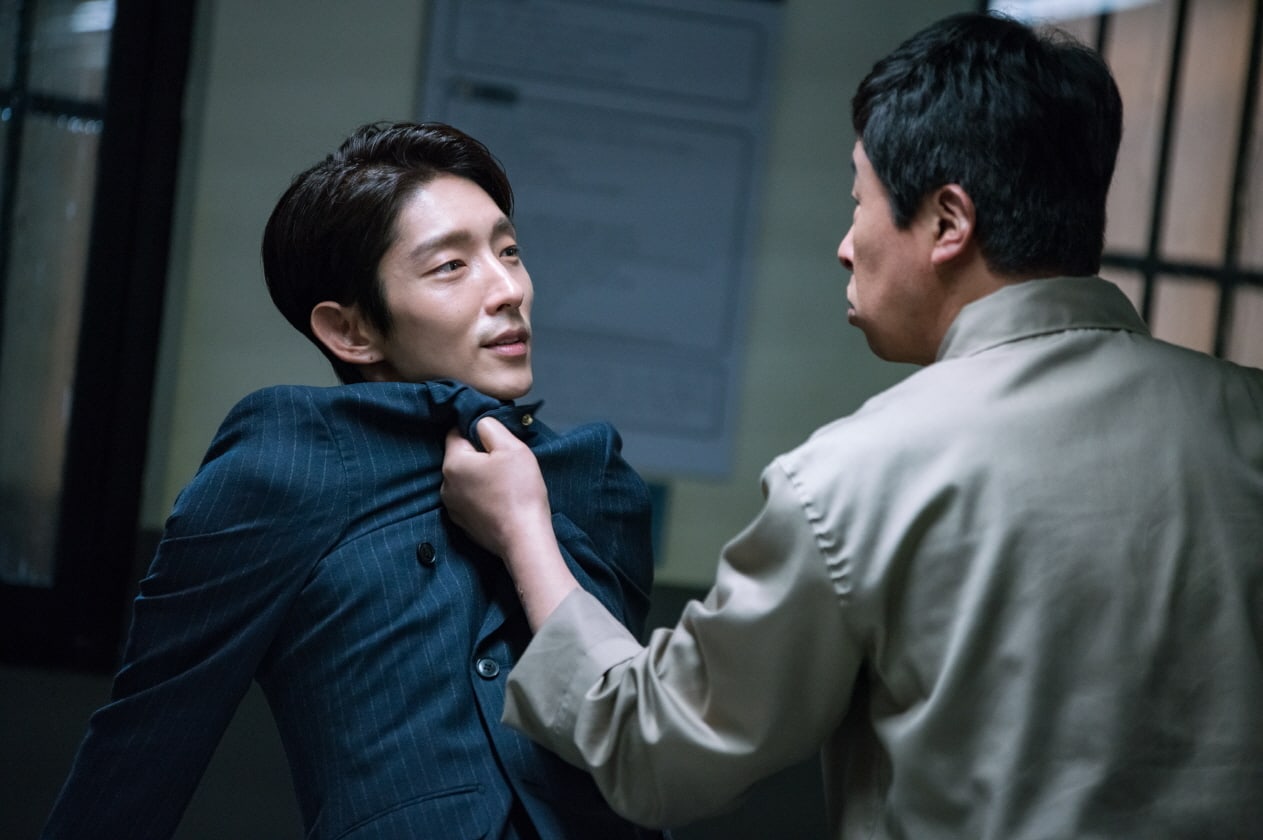 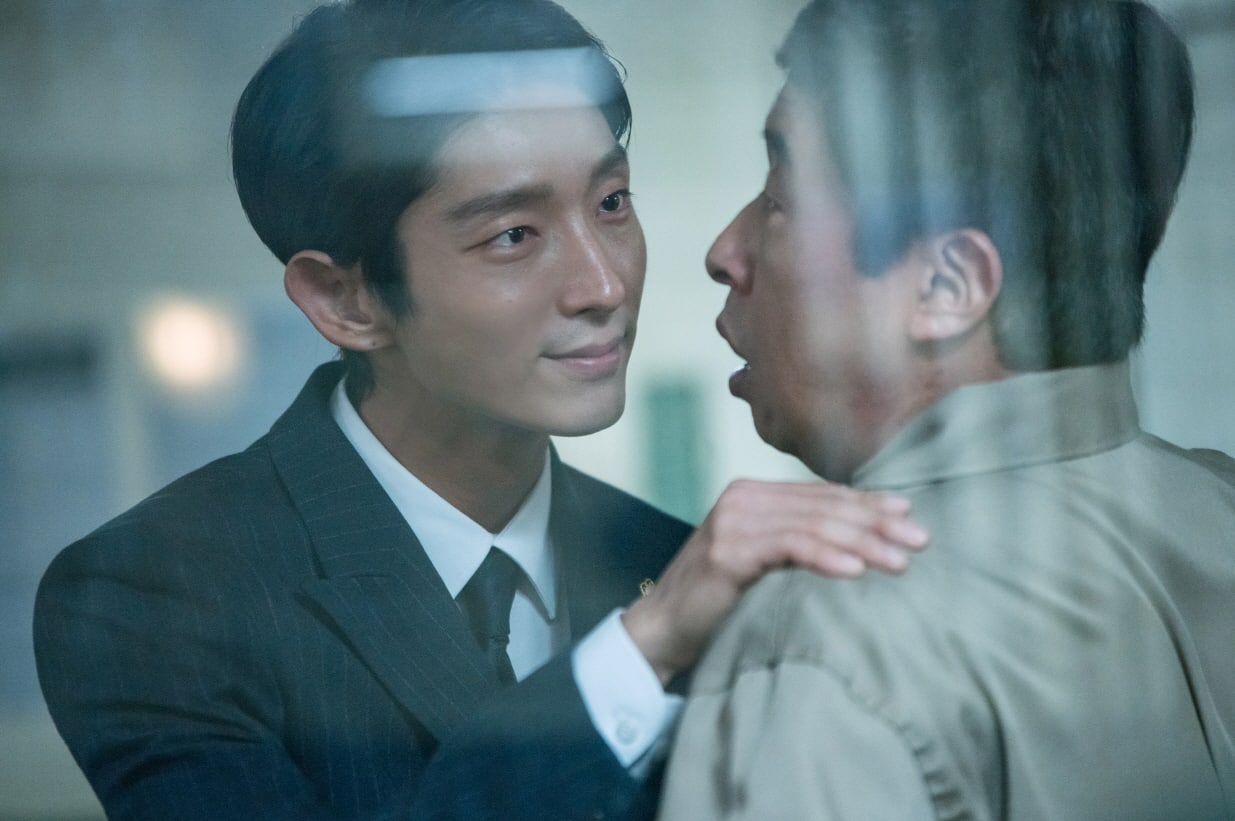 Woo Hyung Man is in a cooperative relationship with Oh Joo (played by Choi Min Soo) who is a former gangster of the fish market who became a conglomerate president, which raises the questions — Why did Lee Joon Gi choose him as his first client and what is their relationship?

A source from the drama said, “Lee Joon Gi met a formidable opponent as his first client. Please look forward to what influential people with shady powers Lee Joon Gi will go up against, and his achievements and actions.” 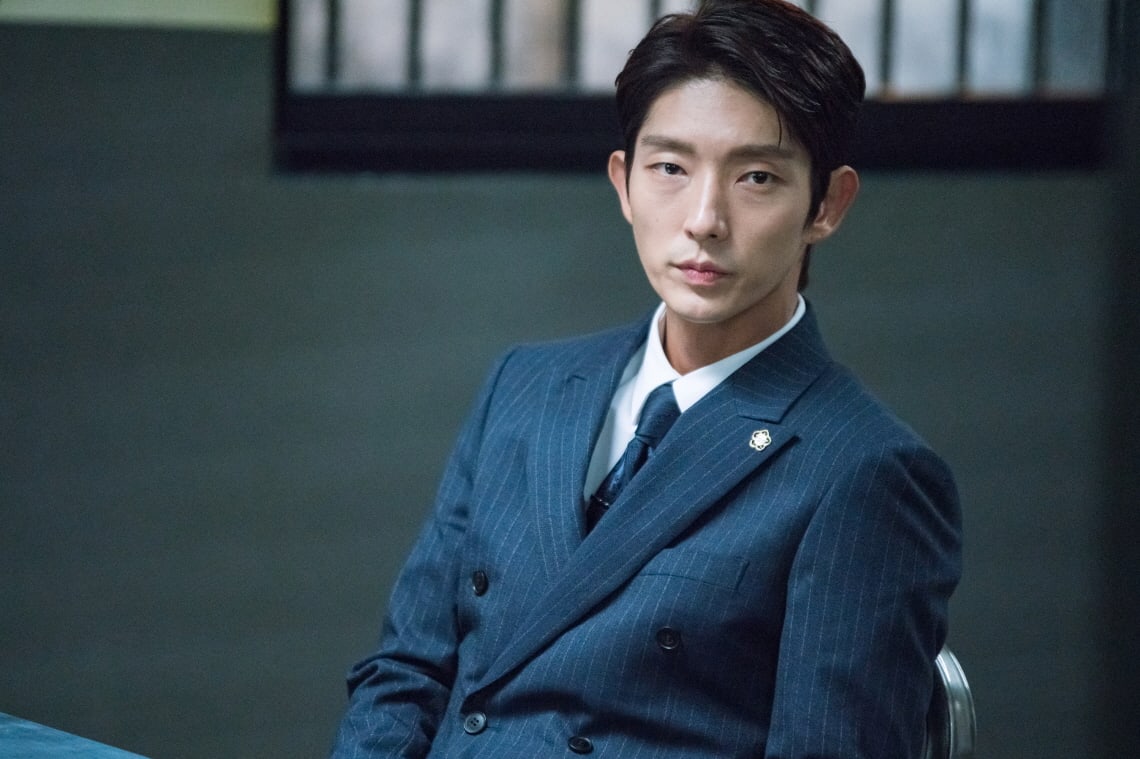