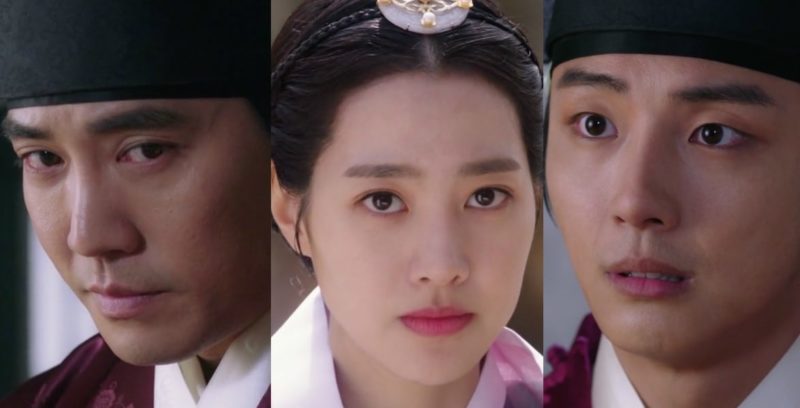 Based on a true story, “Grand Prince” has been receiving a lot of love as it conveys a tragic, yet romantic love story about a brotherly rivalry between two princes and their conflict over power and a woman. As the drama heads towards its last two episodes, viewers will be able to see how their stories end. Here are three questions that will be answered as the drama wraps up this weekend.

1. Will Yoon Shi Yoon cut down his own brother?

One aspect of the fight between the two brothers to look out for is Yoon Shi Yoon’s actions. Currently, Yoon Shi Yoon has gathered an army to take down Joo Sang Wook from the throne, formed his plan, gathered those loyal to him, and will be heading to face his brother. However, Yoon Shi Yoon has had difficulty facing his brother at sword point, bringing into question whether he will be able to do so. Whether he will be able to finish the bloody battle between him and Joo Sang Wook or whether he will have to lay his sword down will be addressed in the coming episodes.

2. What role will Jin Se Yeon play, as the key to both brothers’ hearts?

As a woman who is deeply loved by both Yoon Shi Yoon and Joo Sang Wook, she is the character in the drama that wields the most influence over them. Yoon Shi Yoon returned from the grave in order to fulfill his promise with her, while the normally violent Joo Sang Wook has not harmed a hair on her head, and treats her tenderly. Compared to other noble ladies, Jin Se Yeon has refused to sit still and stepped forward to create her own destiny. The coming episodes will reveal how she will affect the rivalry between the two brothers until the very end.

The elder prince previously stopped Yoon Shi Yoon’s attempted coup d’etat, as he smiled ominously and canceled his visit to the former king’s burial side, throwing a wrench into his younger brother’s plan. Though he somehow figured out Yoon Shi Yoon’s plan, he has also been acting erratically politically, as he ordered the Jurchen envoys to be slain on the spot, and ordered death by poison to his father-like-figure and uncle Son Byung Ho. Though he personally cut off ties with his political allies, it appears that he has a plan and will soon demonstrate how he plans to protect his seat on the throne.

A source form the drama stated, “We’ve gotten a thankful nickname like ‘the best drama,’ and so we are preparing ‘the best ending.’ There will be unforgettable scenes until the end. As a historical drama with an unforgettable ending, please look forward to the conclusion that the ‘Grand Prince’ team has prepared.”