The cast of tvN’s “Amazing Saturday” tried to guess the lyrics to another BTS song.

On the May 5 episode and segment of “Do Re Mi Market,” the members listened to BTS’s “MIC Drop” and wrote down the lyrics word for word in order to win delicious food. 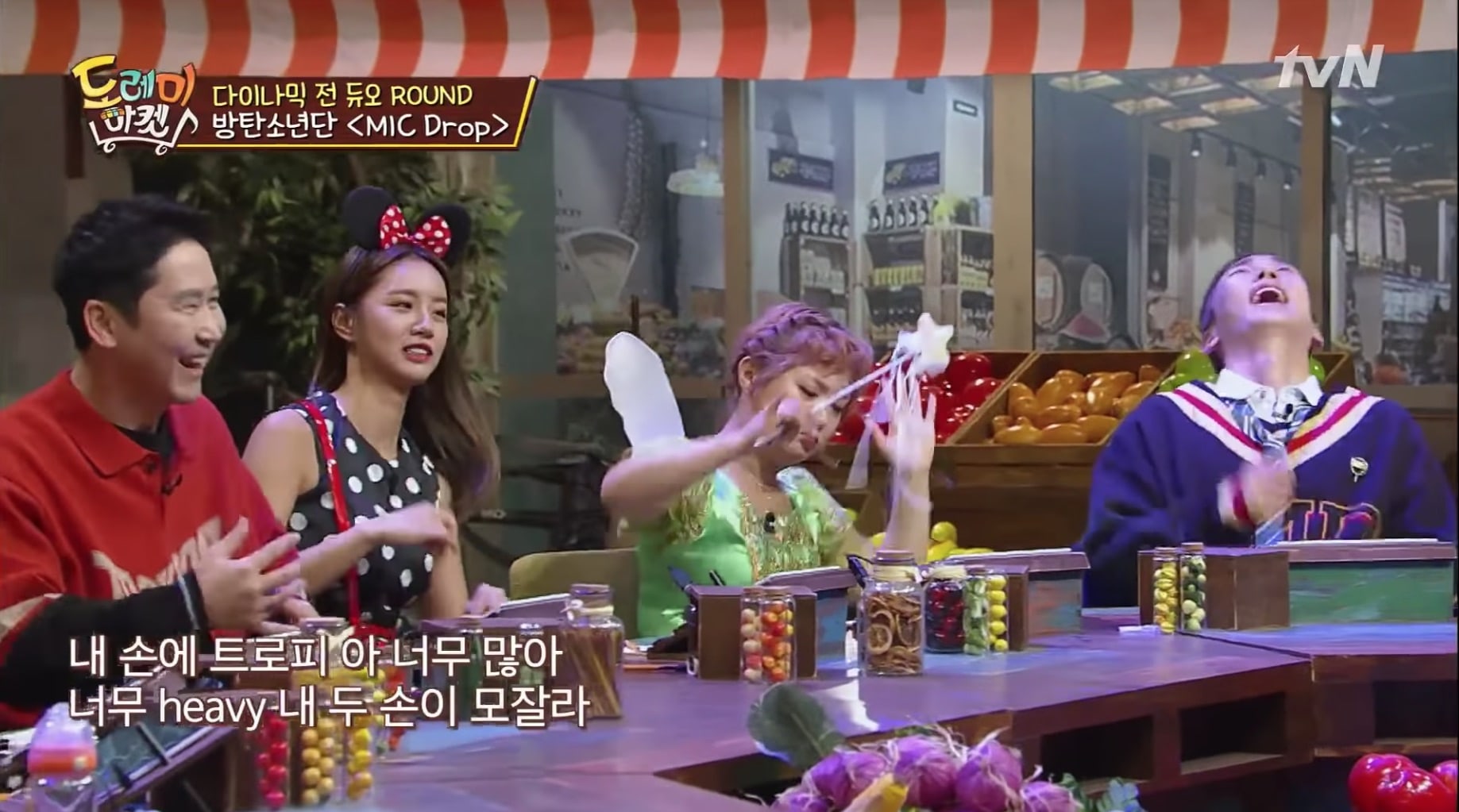 After hearing that their first song was “MIC Drop,” rapper Hanhae began to clap. When the other members asked him if he knew the song, he said, “It’s a song that I like. People who like hip hop really like this song.”

He expressed confidence in his knowledge of the popular BTS tune and the other members said that they would rely on him. They listened to the song and grooved along to the beat until they had to correctly guess the last three lines of the song: “Look closely, you’ll end up just like that. We’re fizzy just like coca cola. Your corneas will get shocked when you see us.”

After they listened to the song for the first time, Hanhae confessed, “This isn’t the version that I know” and referred to the Steve Aoki remix version of the song. The other members said, “I knew it” and joked that he let them down once again. 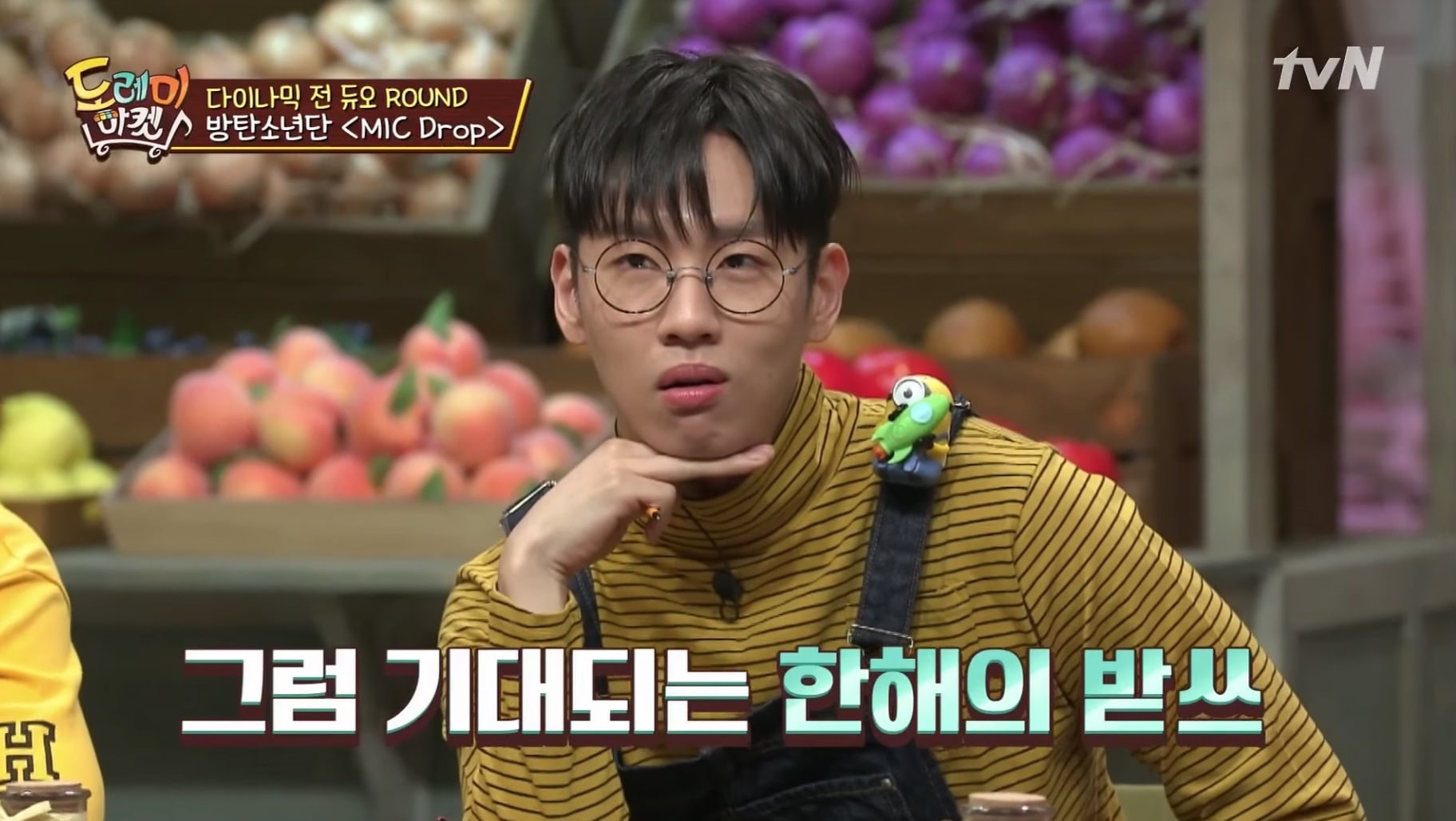 The cast revealed their guesses for the lyrics. Moon Se Yoon and Shin Dong Yup used “cola” in their guesses and the other members jokingly asked if this was a commercial for the drink.

Girls’ Day’s Hyeri had many gaps in her answer because she said she was unable to hear the words clearly and SHINee’s Key expressed how he wanted to eat mung bean pancakes as one of the lines. 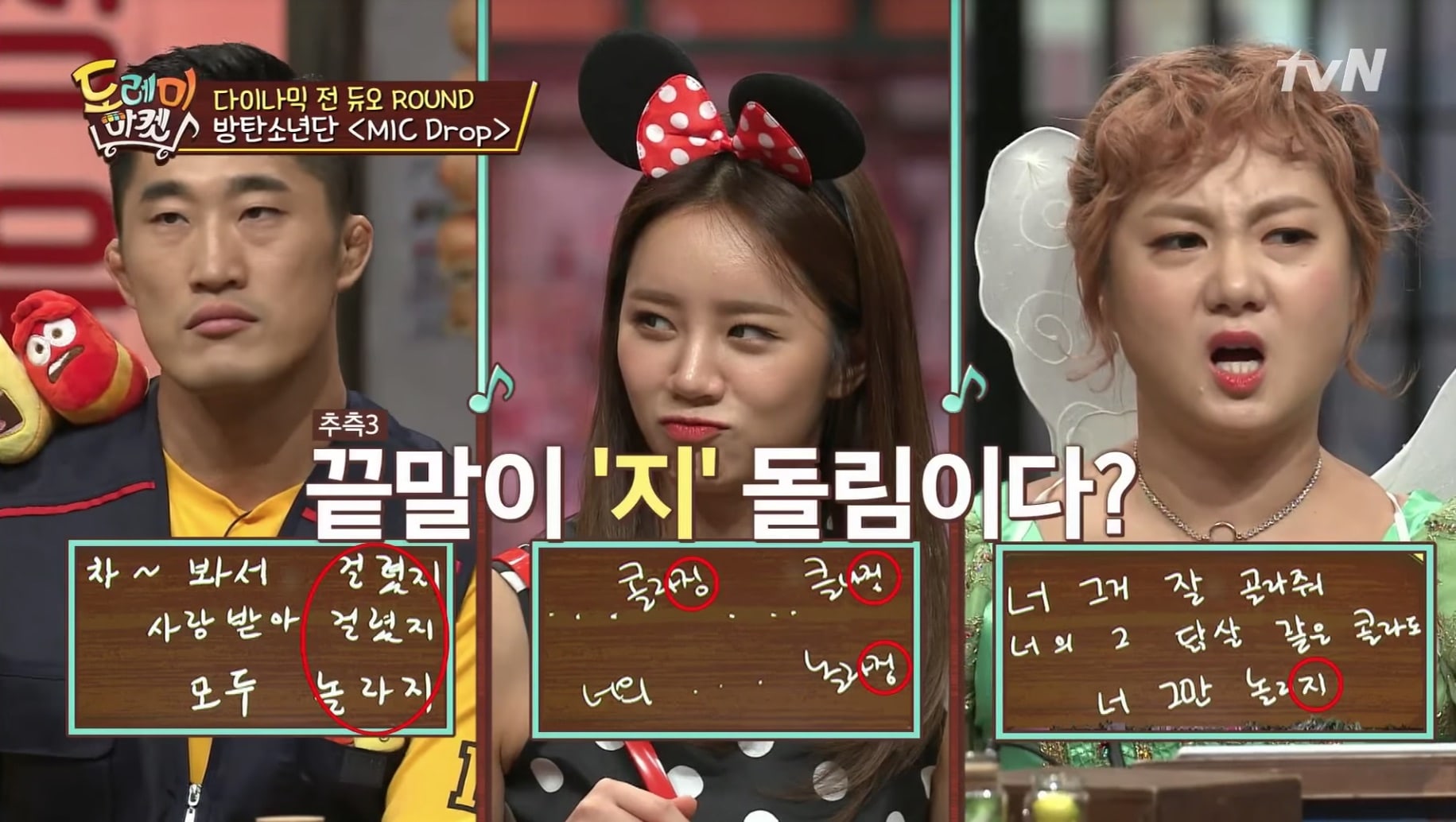 All of the attention was on Hanhae’s answer, but he let the others down when his guess didn’t sound like the correct answer. The members failed to pass the first and second rounds, and received hints from the host Boom on which part of the three lines they got correct.

In the end, the cast succeeded during the third round and enjoyed eating meat and mung bean pancakes together.

Watch the clips below!

BTS
Amazing Saturday
How does this article make you feel?