The two “Sugar Man 2” MCs and their guests teamed up and tried to dance to WINNER’s “Everyday” with hilarious results.

On the May 6 episode of JTBC’s “Sugar Man 2,” WINNER guested as one team with DinDin and K.Will as the other team. The group showed off their choreography, and afterwards, the others tried to copy their swag-filled dance.

Park Na Rae introduced the group’s comeback song “Everyday” and explained that the key point to their choreography was similar to comedian Jung Joo Ri’s famous dance. WINNER then demonstrated the dance for the MCs and the audience, perfectly showing off their swag. 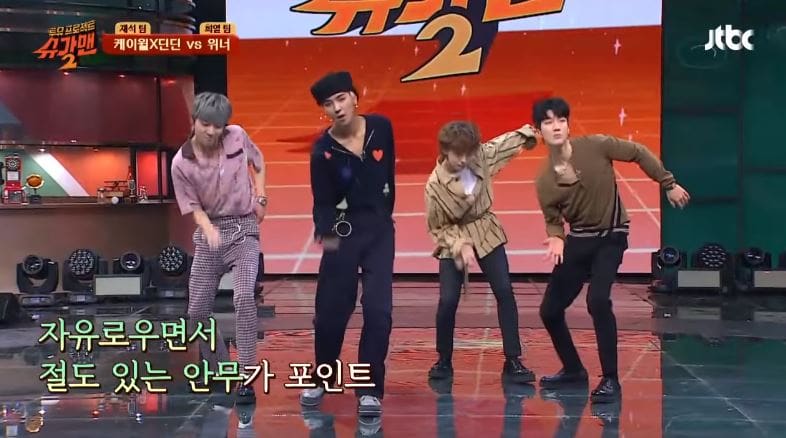 Yoo Jae Suk asked DinDin if he could do the dance as well, to which he confidently replied, “I have YG style too.” Yoo Jae Suk suggested that he, DinDin, K.Will, and Yoo Hee Yeol be the four members of WINNER and try out the dance. 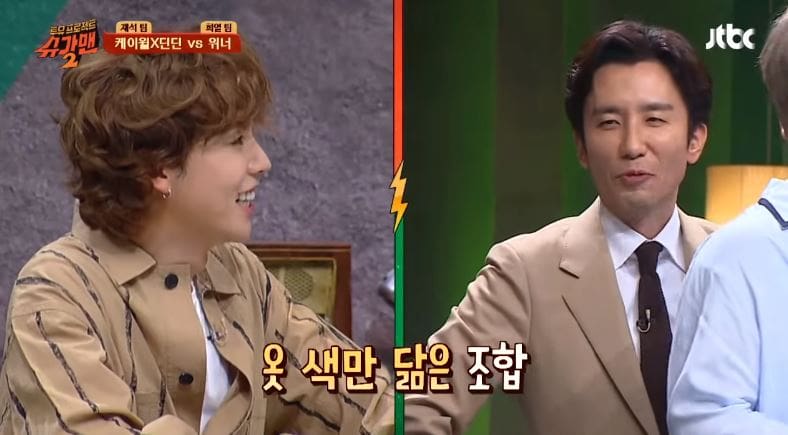 Lee Seung Hoon then coached them on their positions and some of the basic choreography. The four hilariously dubbed themselves “LOSER” as a parody group of WINNER, and they tried their best as they danced out to “Everyday.” 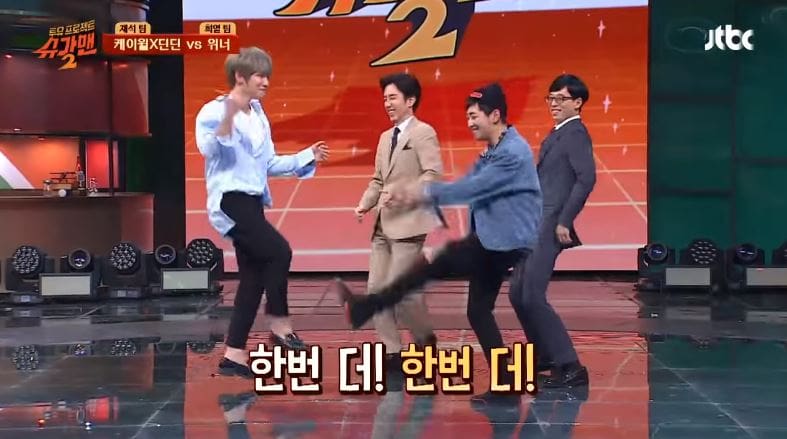 Afterwards, DinDin proudly exclaimed, “I feel like I became YG!” while Yoo Jae Suk teased Yoo Hee Yeol by saying, “Were you doing limbo back there?” Yoo Hee Yeol ignored this and commented happily, “This is the first time I danced, and it’s really fun. I felt like I was really cool.” Park Na Rae then shot him down by saying, “I saw you from behind, and you looked like a dried squid.” 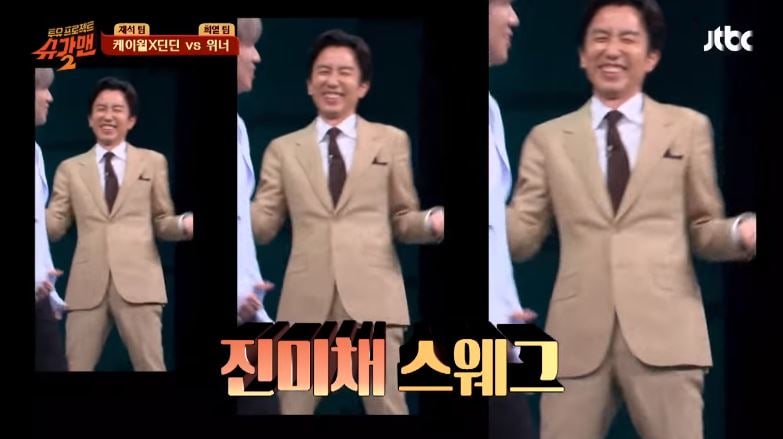 Watch them attempt the dance below!