The photo shoot was done in a relay style and Yebin, NC.A, and Lee Hyun Joo were the first members to feature in a pictorial. After the shoot, the three members answered questions for the accompanying interview.

Looking back on KBS’s “The Unit,” they talked about the most difficult moment on the show. They said, “After the first round of eliminations, it felt weird seeing [the other contestants] walking out with their luggage. You get close with other people, but anyone can get eliminated, so that was the hardest part.”

They also revealed, “UNI.T is living in the dorms as two groups. Including us, we’re living with Lee Suji and ZN. The three of us often hang out in the living room. We sit in front of the TV, talk, and hang out like a real family.”

About meeting 2,100 fans at a recent fan meeting, the three members said, “It was the first time meeting our fans, and we got the feeling of a new start, so it was an opportunity for us to get into the mindset of working harder. When the first performance began, we were surprised to see how many fans came. It made us think that we should show better things.” 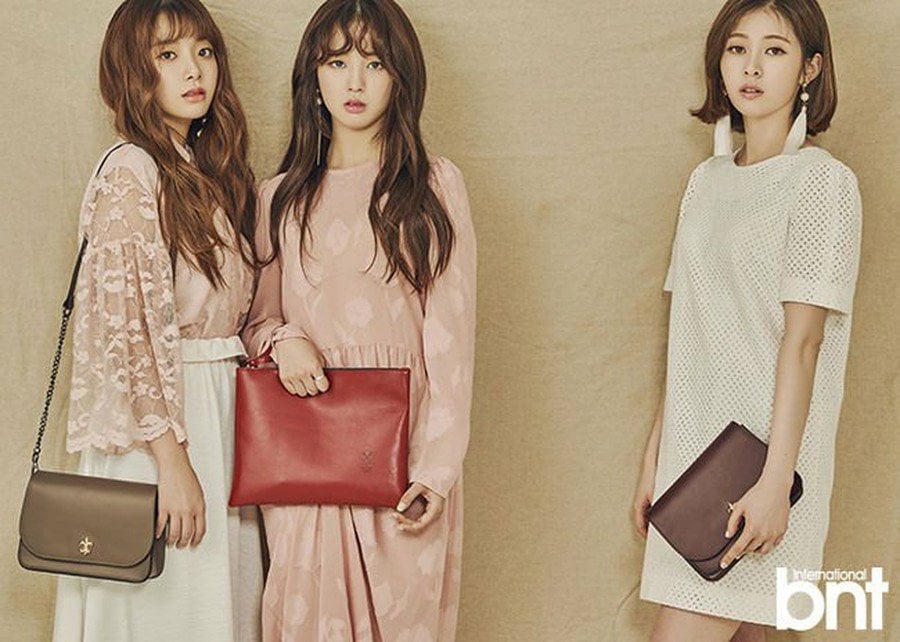 UNI.T is a project group that will promote together for several months. They commented, “We’re a project group, but instead of thinking about the end, we’re trying to only think about our new beginning and trying to enjoy this moment. We showed a certain concept on ‘The Unit,’ but we also want to show you more versatile appearances in the future.”

Hwang Chi Yeol appeared as a mentor on “The Unit” and the girl group recently reunited with him during their appearance on KBS 2TV’s “Immortal Songs.”

“He’s talented at speaking and has good variety show skills, but that day, he wasn’t very talkative so we thought he wasn’t in a good mood,” said the UNI.T members. “It turns out, he was saving his energy to introduce UNI.T. We felt really reassured and it was cool getting to meet him on another program that wasn’t ‘The Unit.'”

UNI.T also talked about UNB, the male project group from “The Unit.” Speaking about their closeness, they stated, “Out of consideration for each other’s debut, we acted as if we didn’t know them and just focused on the program.” She continued, “Up until now, I’ve never met with more than 50 fans. When I promoted alone, I met up with fans like we were friends and went to amusement parks and played board games. Now, it increased by 42 times.”

Speaking confidently about what sets UNI.T apart from other groups, Lee Hyun Joo said, “Rather than the mindset of one person wanting to stand out, UNI.T has the atmosphere of working closely together in our own fields and sharing. We’re a group that has kindness and compromise embedded in us.”