f(x)’s Krystal and Song Seung Heon are confirmed for the drama they were previously in talks for!

On May 16, Song Seung Heon shared a photo of himself posing with Krystal and Lee Si Eon, who also seems to be part of the cast. 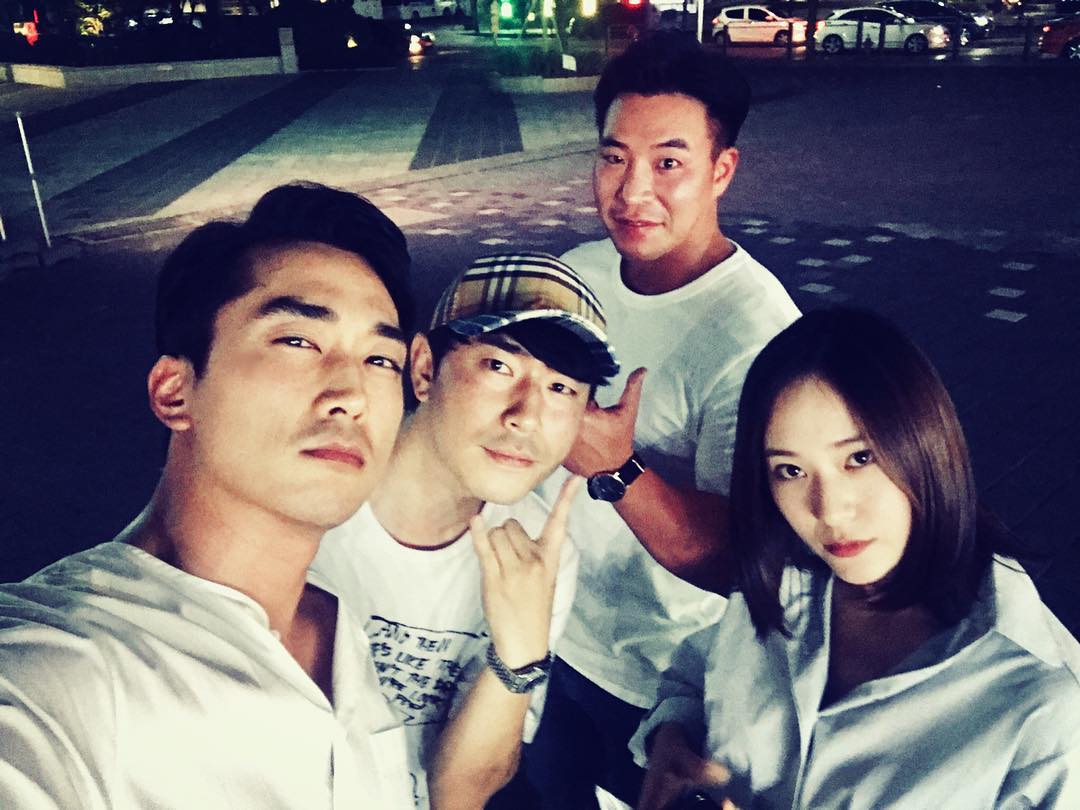 Krystal’s character Cha Ah Ryung is a talented driver who grows up on the streets after being abandoned by her parents. Song Seung Heon will play the role of a veteran con artist named Kang Ha Ri.

“Round” is in talks to air in the second half of this year on OCN.