Watch: BTS Sends Advice To Their Younger Selves And Shares A Big Goal For The Future

BTS shared their thoughts in an interview with J-14 Magazine!

On May 17, the magazine posted a video of BTS’s interview on its YouTube channel where the members talked with reporter Liam McEwan about their latest album “Love Yourself: Tear,” as well as their past and the future.

Liam McEwan asked RM to follow up on his statement about love from their previous interview in November, when the group was in Los Angeles for American Music Awards.

Explaining the new era of “Love Yourself” and the concept of the newest album, BTS’s leader RM summarized, “So this time, we wanted to focus on some of the parts of love that we want to run away from. We wanted to say that if you’re untrue to yourself, the love won’t last. And the love could be between a person and a person, but it could be between me and myself.”

V revealed that he did feel pressure as the only member featured in the comeback trailer and first song “Singularity,” but the other members praised him for his hard work and applauded him.

BTS is well-known for their meaningful lyrics and socially conscious messages in their songs. Suga stated that anyone with influence, not just successful artists, should send out good energy to create positivity and peace in the world.

The boy group shared a laugh when they gave advice to their former selves in 2013. Suga, Jungkook, and Jin told their younger selves to study English, and RM added Japanese to the list as well.

J-Hope, Jimin, and V cheered on their former selves while RM advised himself to not go with the stage name “Rap Monster.” 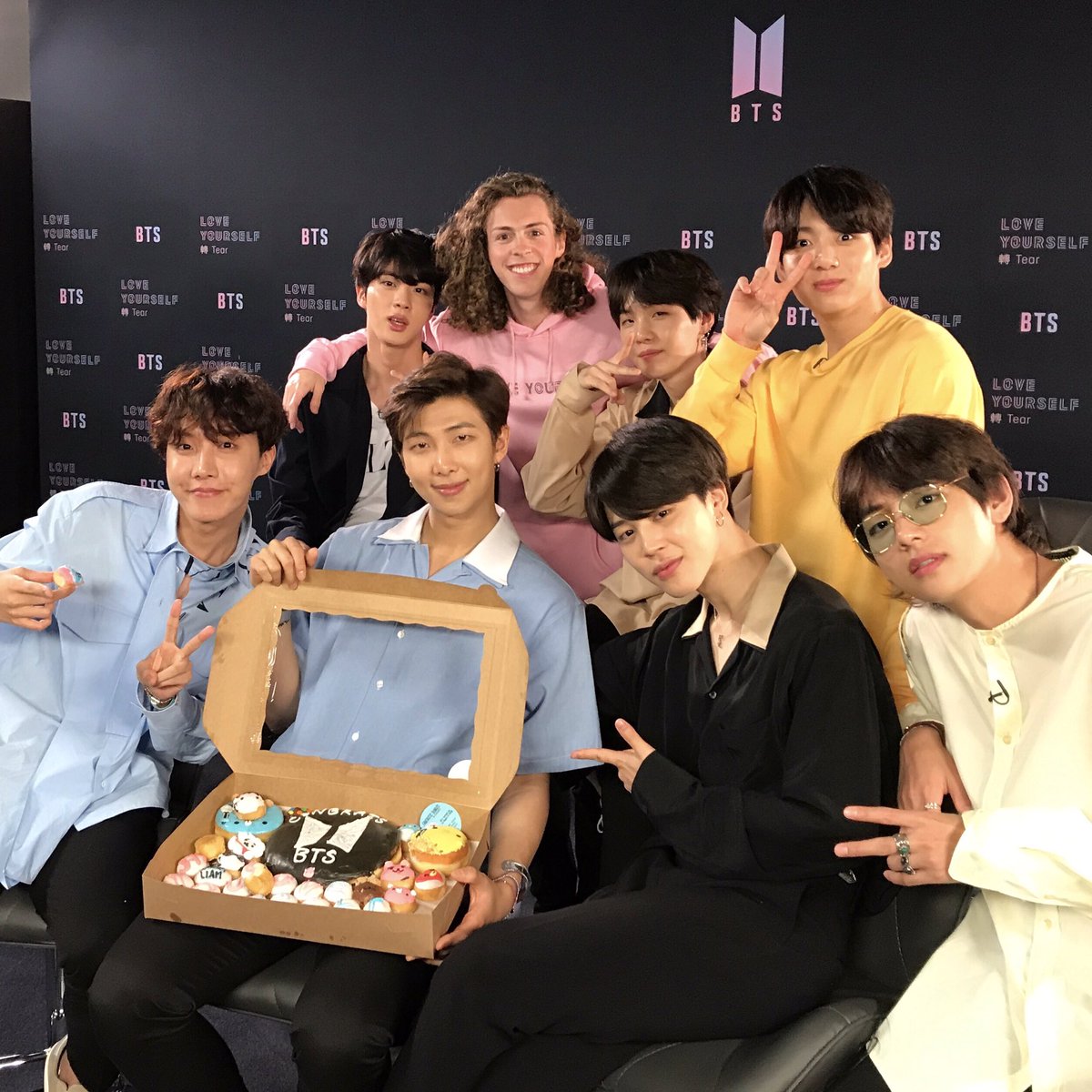 Last year, BTS launched the global “Love Myself” campaign with UNICEF. On the importance of giving back, RM explained, “Sometimes we feel like we’re getting so much love, even more than we deserve. So, it’s important to give back.”

Concluding the interview, Jimin revealed that BTS hopes to be remembered as people who always worked hard to show their sincerity.

BTS released their third album “Love Yourself: Tear” and MV for title track “Fake Love” on May 18. Check out the interview below!