Viewers will get to see Lee Joon Gi facing off against the evils of society in two different ways in the upcoming episode of tvN’s “Lawless Lawyer.”

In the next episode, Lee Joon Gi will be on a war path as he fights against evil with both the law and his fists as Bong Sang Pil. He had already warned Cha Moon Sook (Lee Hye Young) and Ahn Oh Joo (Choi Min Soo) that he would avenge his mother and her wrongful death. Though they thought nothing of him at first, Bong Sang Pil began closing in on them, forcing them to rethink their assessment of him and prepare to fight.

Sensing that there is something fishy going on behind Ahn Oh Joo, who is now the mayor, Bong Sang Pil unexpectedly went to prosecutor Cheon Seung Bum (Park Ho San), a person who he isn’t on the friendliest of terms with. Instead of holding a grudge, Bong Sang Pil approaches him with all of the evidence he’s collected so far against Ahn Oh Joo and asks for help through the law. 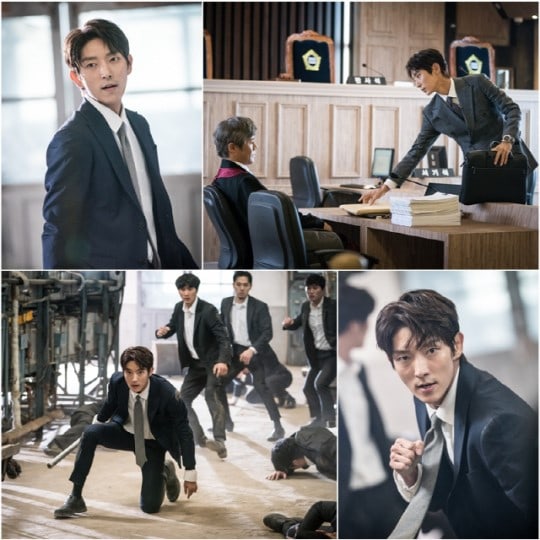 He also takes it upon himself to protect Woo Hyung Man (Lee Dae Yeon), who he believes to have fallen in trouble since being released. Bong Sang Pil ends up going toe to toe with Ahn Oh Joo’s henchmen, and he uses his fists to do the talking. It will be interesting to see how it all plays out for him and his quest for vengeance in the upcoming episode.

“Lawless Lawyer” tells the story of a lawyer who prefers to use his fists over the law as his journey of growth as he fights against the evils of society. The drama airs every Saturday and Sunday at 9 p.m. KST.