4 Generations Of Idols Get Together On “WHY NOT—The Dancer”

“WHYNOT—The Dancer” is a reality program that follows Eunhyuk, Lee Gikwang, Jisung, SHINee’s Taemin, and choreographer Lia Kim as they travel to the United States to take on the challenge of becoming choreographers.

On the June 2 episode of the reality show, Eunhyuk, Lee Gikwang, and Jisung met up with Park Joon Hyung at a cafe in Los Angeles. Jisung later shared that he had been in awe of Park Joon Hyung’s unique charisma, explaining, “He had white hair and impressively defined muscles, and he drove a car that had swag. I really liked his style. It made me think, ‘I want to be like that when I get older.’ He’s aged in such a cool way.”

After Park Joon Hyung arrived at the cafe, he immediately left to use the bathroom. While waiting for him to return, Lee Gikwang and Eunhyuk talked about how cool it was that four generations of K-pop idols were meeting up together. Once Park Joon Hyung returned, he joked about how he felt as though they were in Korea, since even though they were in Los Angeles, they were surrounded by Korean staff members and cameras.

Eunhyuk then introduced the g.o.d member to Jisung, and Park Joon Hyung was shocked to hear that the NCT member was 17 years old (by Korean reckoning). 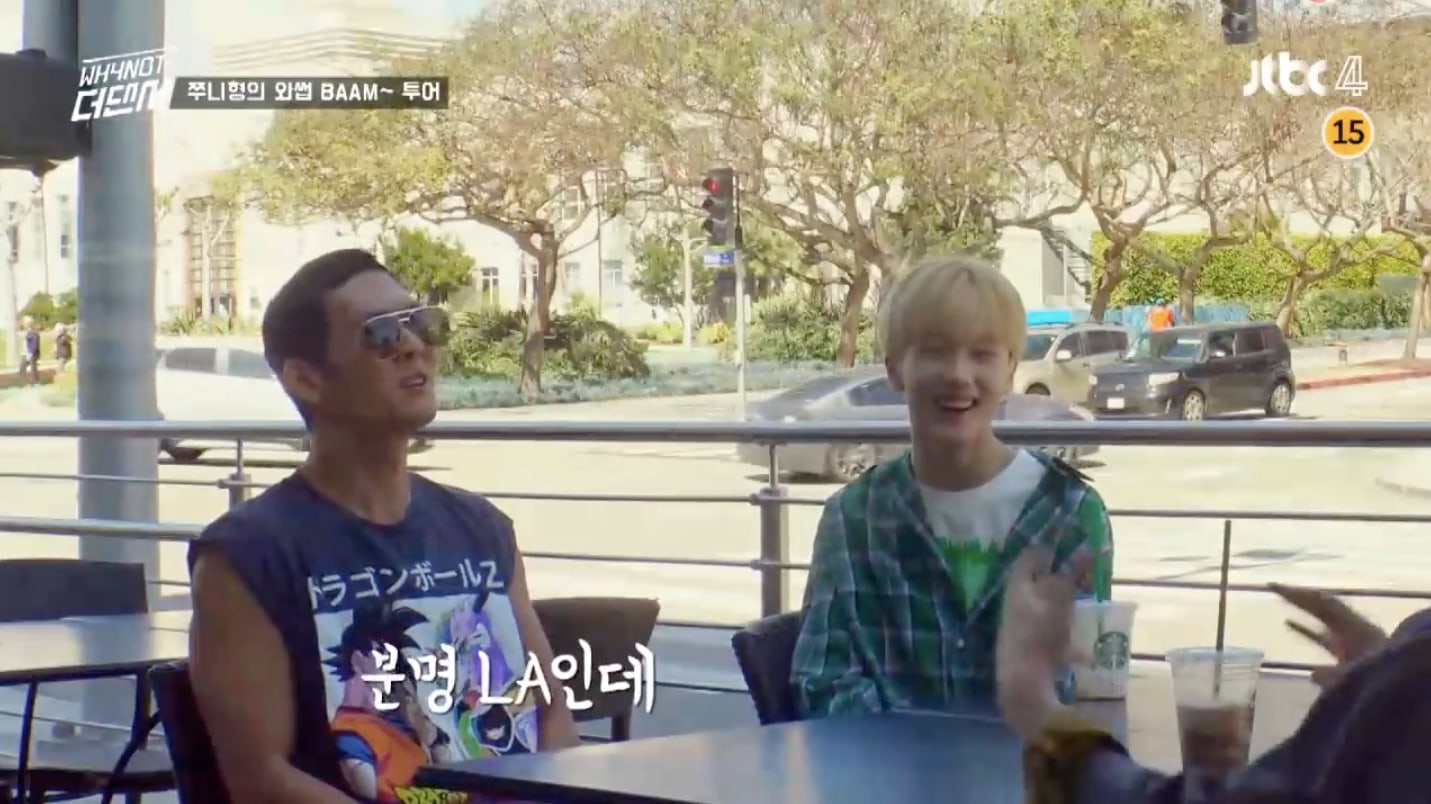 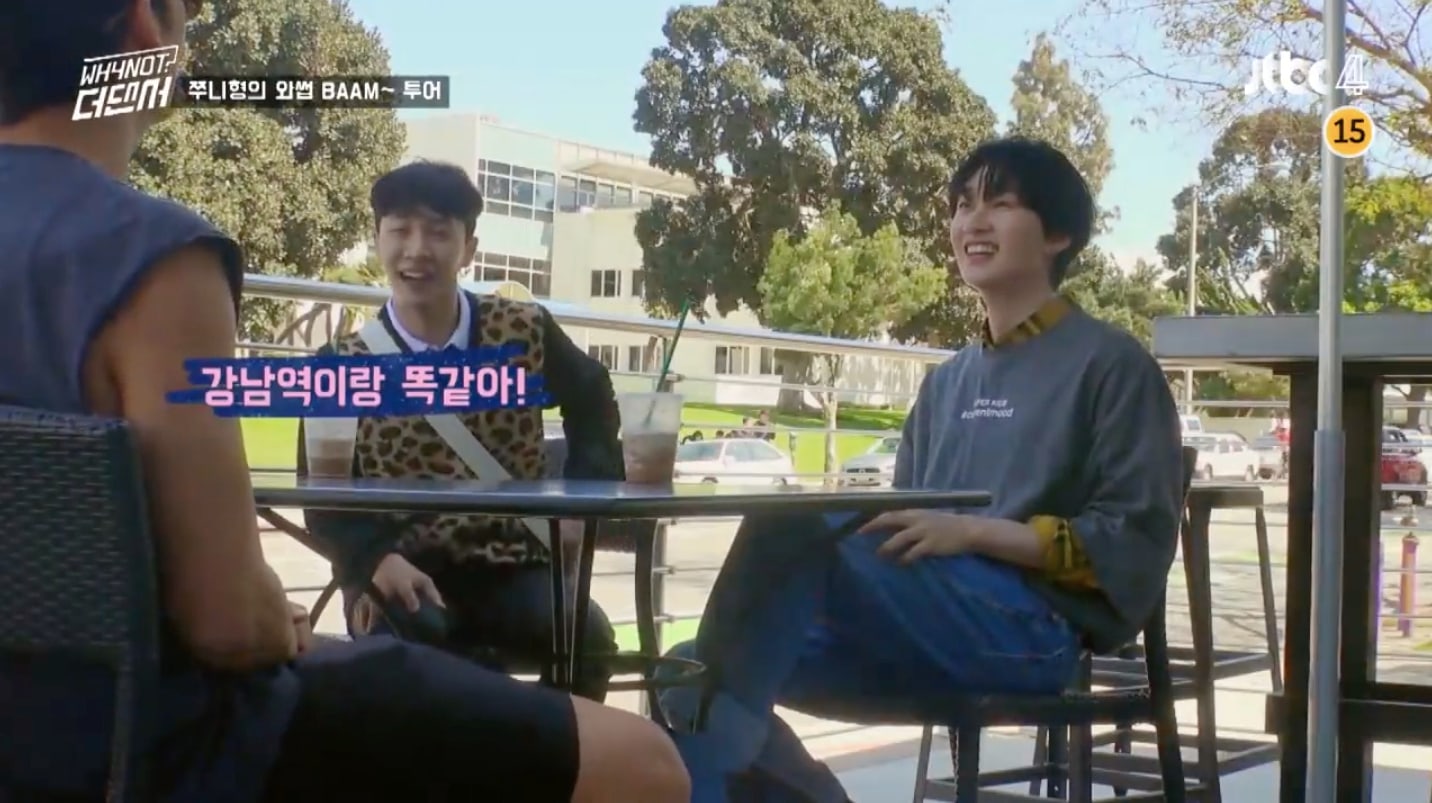 The members were then informed that they had received a collaboration offer from Warner Brothers Records. Park Joon Hyung said, “I feel like the staff is pranking us,” but his suspicions disappeared when American singer Gallant walked into the bowling alley.

Watching the clip from the studio, Eunhyuk commented, “It felt like a lie even when I was looking at him.” Lee Gikwang was also unable to hide his shock, covering his mouth with his hands in disbelief.

Gallant was full of praise for Eunhyuk and Lee Gikwang’s dance video. When they offered to produce a dance video for him, Gallant replied, “It’d be my honor.” The artist then made a promise to perform the dance on stage at a concert in Korea if he liked the choreography. 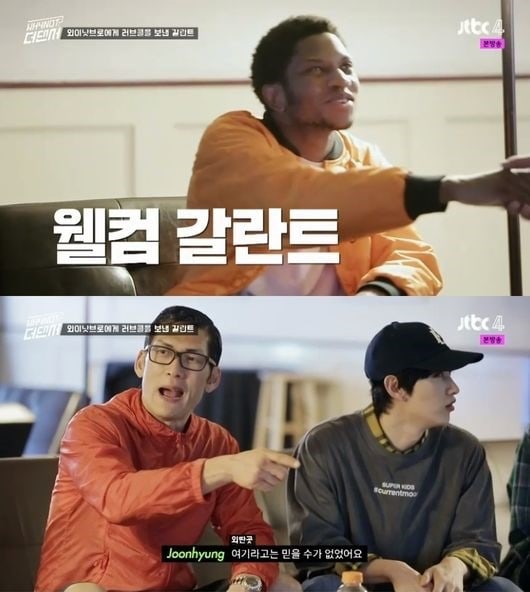