Meet Cube Entertainment’s newest girl group, (G)I-DLE! While having debuted only a month ago on May 2, Miyeon, Minnie, Soojin, Soyeon, Yuqi, and Shuhua surely earned the title of “monster rookies” as they have left a remarkable first impression on the K-pop scene.

You may be familiar with Soyeon prior to her appearances on “Produce 101” and “Unpretty Rapstar 3,” but today you’ll get to know more about the remaining members as well. As we highlight every aspect of their idol image throughout this feature, here are 12 reasons why (G)I-DLE should be your newest girl group crush.

While their concept initially gives off a fierce aura that is more or less familiar amongst previous K-pop concepts, we have yet to see a concept that flawlessly couples both charisma and playfulness at once.

On top of the pleasant aesthetics, catchy songs, and appealing choreography, (G)I-DLE’s uniqueness isn’t only limited to their music. In fact, the group name is made up of a clever wordplay which can both mean “Idol” and its homonym in Korean which translates to “a group of young people,” with the “G” standing for Girl, as it’s insinuated in the Korean translation of the group name. At the same time, this is also a witty porte-manteau of “I” as an English pronoun representing each member as an individual, and “Dle” which is a Korean suffix that indicates the plural form, thus referring to all six members as one entity while each one of them has her own distinctive personality .

One thing is for sure, we’re now more intrigued to see what these ambitious ladies have up their sleeves! Make sure to check out their title track “LATATA” down below.

Needless to point out the obvious: these ladies are pure eye candy. Their looks are simply breathtaking and their diverse beauty cannot be unseen. Aside from Soyeon, Miyeon, and Soojin who are Korean, the other members are from different backgrounds as Minnie is Thai, Yuqi is Chinese, and Shuhua is Taiwanese. 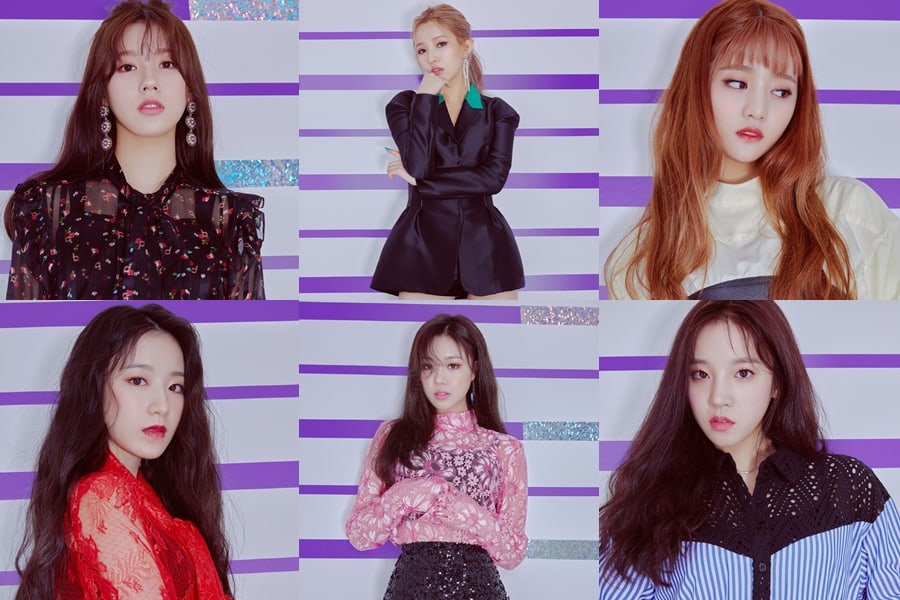 Granted, all K-pop groups undergo a long and draining training period in order to make their long-awaited debut and stand out amongst their peers. Yet, something about (G)I-DLE tells us that they are anything but rookies. Their amazing live performance and intense choreography crowned by their undeniable stage presence show that their hard work is paying off as they have been flaunting their perceivable talent since their very first showcase.

If you haven’t listened to (G)I-DLE’s debut release “I Am” yet, you are definitely missing out! The mini-album starts with “LATATA,” an upbeat Moombahton Trap song, followed by powerful hip hop tracks “$$$ (Dollar)” and “Maze,” then it gradually switches to a more mellow R&B tune with “Don’t Text Me” and “What’s in Your House?” before ending with “Hear Me,” a soulful ballad. This musical variety diligently showcases the members’ different styles and vocal abilities.

Known for her rap and dance skills, Soyeon has proved her worth time and time again. She is known for writing her own lyrics, and she has further explored her lyrical game by taking part in writing five songs for the “I Am” EP.

This is Soyeon’s second debut as she has previously launched her solo career with “Jelly,” which she wrote and co-composed. She later made a comeback with “Idle Song” where she hinted at (G)I-DLE’s debut. (aside from the song title hint, 1:12 pinpoints the hometowns of every member on a globe)

Miyeon used to be a YG trainee and was supposed to debut with BLACKPINK before ultimately parting ways with the agency. Her interest in music made her take classes to learn composing and producing music. On top of being the group’s main vocalist, she also plays the violin and piano. The cover below from her predebut days beautifully highlights Miyeon’s honey voice.

As a trainee, Minnie was a Rising Star Cosmetics model. She also took part in the Line Friends’ “Dance Party,” and appeared on PENTAGON’s pre-debut reality show “PENTAGON Maker.” Her soothing vocals can be widely distinguished on her cover of Christina Perri’s “A Thousand Years.”

Before joining Cube Entertainment, Soojin was a former pre-debut member of the girl group VIVIDIVA, under the stage name N.Na. She took Jazz Dance classes since she was little, as well as Taekwondo. Her father initially opposed to her career choice, before eventually letting her follow her dream.

Yuqi enjoyed music since she was a little girl, and she loves dancing and rapping. When she was young, she learned daizu dance, a form of Chinese dance. During high school, she used to be president of a Street Dance Club. She was also a Rising Star Cosmetics model during her trainee days.

Shuhua is another trainee who served as a model for Rising Star Cosmetics. She originally wanted to be an actress, but she later shifted her attention towards singing following the impact of K-pop. Her labelmate and senior HyunA is her role model who inspired her to become an artist. She originally auditioned for Cube Entertainment because her friends did too, thus starting her journey as a future idol.

Within their first month of debut, (G)I-DLE managed to establish notable achievements. Not only did “I Am” debut at No. 13 on the Gaon Album Chart, but it also debuted at No. 7 on Billboard’s World Albums and later peaked at No. 5. Furthermore, “LATATA” debuted at No. 35 on the Gaon Digital Chart and recently reached a new peak at No. 16. And after 3 weeks on Soompi’s K-Pop Music Chart, “LATATA” climbed from No.13 to No. 3, with No.2 being their current peak.

Alongside their acknowledgeable chart rankings, (G)I-DLE received their first win ever with “LATATA” on “The Show” only 20 days after their debut showcase. They landed two more wins later on “M!Countdown” and “The Show,” respectively.

For their first variety appearance, (G)I-DLE detached from their bold image and showed a rather timid side of themselves on an episode of “After School Club.” Despite being nervous, the members carried out fun missions, provided adorable fan service, and shared their future goals, much to their fans’ delight.

Soompiers, are you ready to stan (G)I-DLE? Let us know in the comments below!