On the June 3 episode of SBS’s “Running Man,” the cast members competed in a so-called “Isolation Race.”

Before they began the race, the members prepared three items they thought would be needed by their fellow isolated members. Jun So Min prepared a microphone, a gas lighter, and paper and pen for Lee Kwang Soo. “I hope he can leave the last record of his life in whatever form it may be before he dies,” she explained.

Yoo Jae Suk commented, “Judging from what you’ve brought, you’re almost his girlfriend.” The members also joined in teasing the two. Yang Se Chan pointed out, “The reason why there are rumors is because you keep on caring for him.”

Yoo Jae Suk then joked, “There’s a love line between the two but no one’s interested.” Kim Jong Kook also added, “They don’t fit the love line basics. Nothing adds up.” Lee Kwang Soo then hilariously retorted, “How many love lines have you had?” 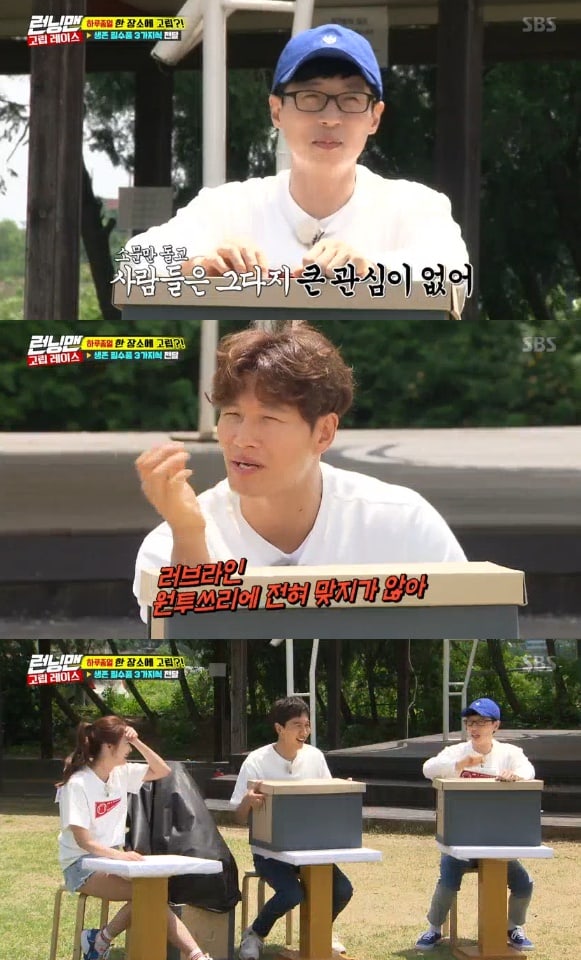