On June 5, Wanna One’s units The Heal and No. 1 made a guest appearance on radio show “Choi Hwa Jung’s Power Time.” 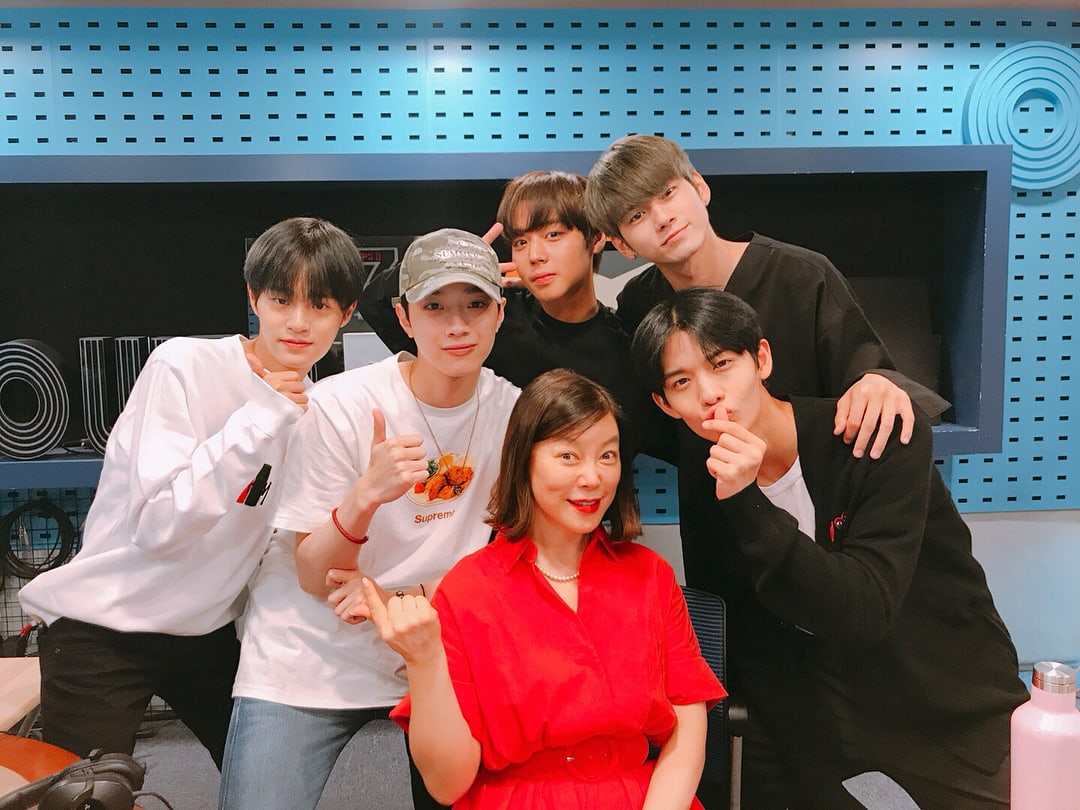 During the program, Lai Guan Lin was asked about his friendships with older idols including EXO’s Sehun, GOT7’s Jackson, and SEVENTEEN’s S.Coups.

In response, he commented, “I really like being with older friends including our members. They give me a lot of life advice. I started out pretty early, so there is a lot to learn from their experiences.”

When asked about what kind of advice he has received, Lai Guan Lin shared, “Sehun is the youngest in EXO, and I’m the youngest in Wanna One, so he gives me lots of advice. He tells me tips like how to receive even more love from the members and how to have the older members understand our thoughts better.”

He continued, “The other members were born before me. [Sehun] advised me that when they say something, to not necessarily accept it, but to just think about it one more time from their point of view. Because of this, I think I am able to be even closer with our members.”

Lai Guan Lin also shared, “Sehun actually contacted me yesterday saying that we should eat together.”

The DJ Choi Hwa Jung followed up by asking how Lai Guan Lin is with the members.

He responded, “I always like contacting them first. If they have individual schedules, I’ll contact them to tell them, ‘You’ve worked hard.'”

Ong Seong Woo revealed, “He actually has a lot of aegyo. He will randomly send me a photo of a dog and ask, ‘Isn’t it cute?’ He is really cute.” Lai Guan Lin smiled as he added, “I just really like talking to the members.”

Wanna One recently completed the Seoul stop of their world tour and released their new special album on June 4.