Ahead of its next episode, tvN’s “Lawless Lawyer” released stills of Lee Joon Gi in mourning.

In the released stills, Lee Joon Gi is overwhelmed by a surge of emotions as he mourns the late Ahn Nae Sang. Lee Joon Gi is guided to the memorial service with handcuffs locked around his wrists. He looks up at the sky in a pained and bitter way. Viewers are now wondering if there will be a new stage to Lee Joon Gi’s revenge. 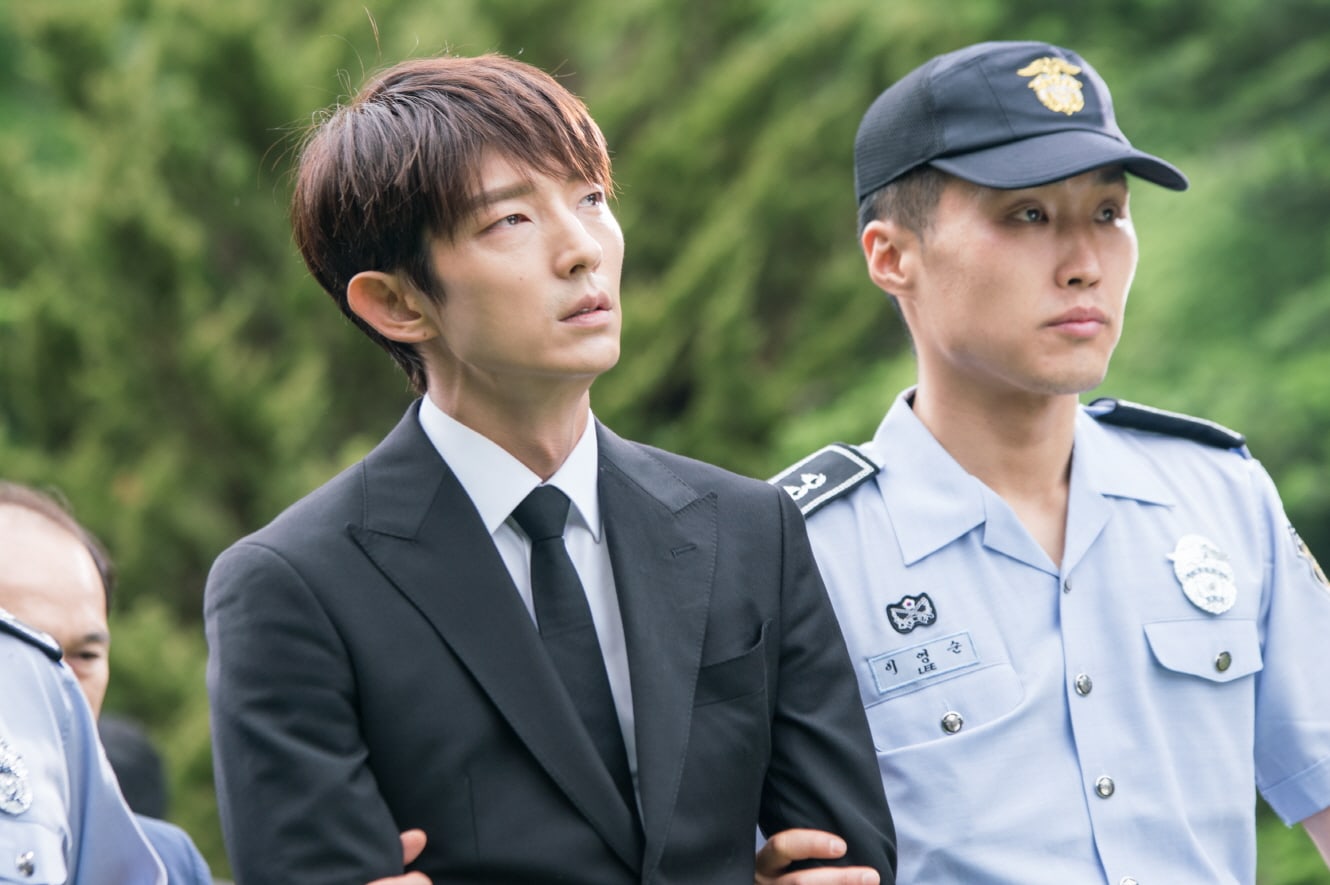 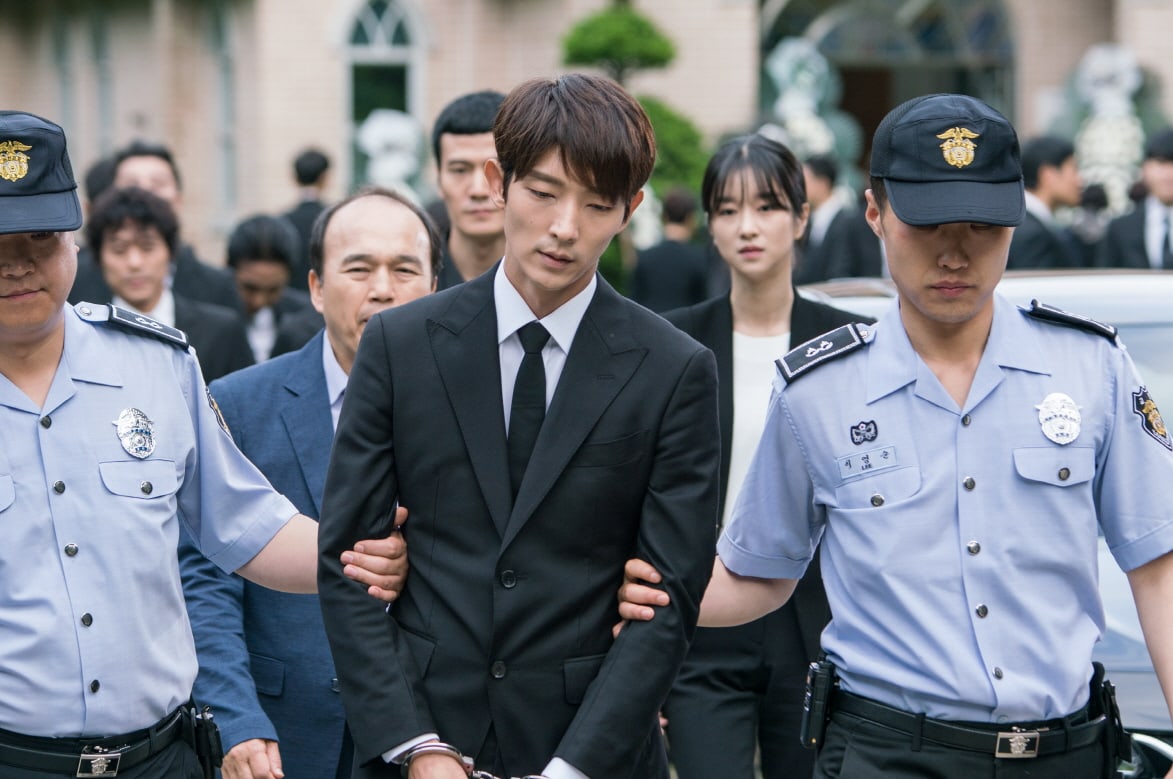 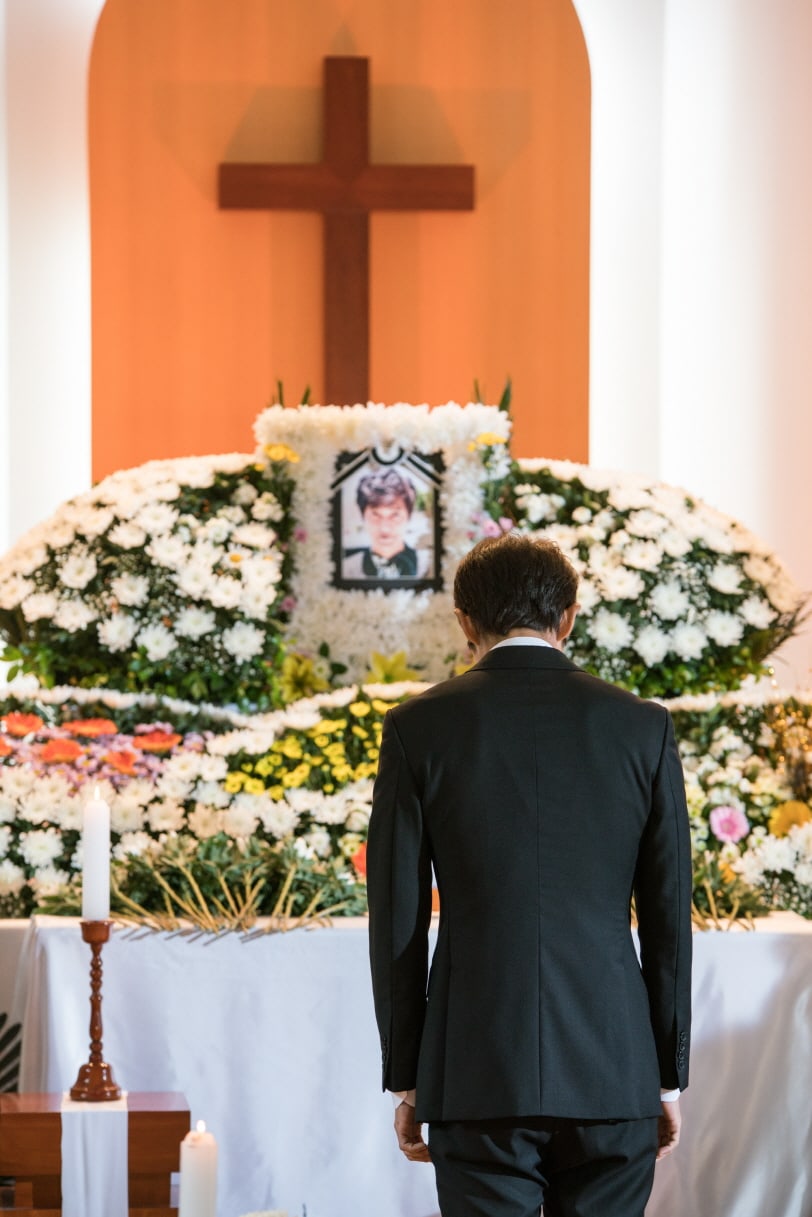 The production crew stated, “This scene is an important event that leaves a deep scar on Bong Sang Pil. Lee Joon Gi was able to successfully act as if his body and soul were falling apart. Please check out his performance of mixed emotions, such as pain, anger, sadness and resignation, on the original airing date.”