PENTAGON leader Hui’s performance of his self-composed song on the finale of “Breakers” left many watching in tears, including his fellow members.

Hui has been competing as a contestant on “Breakers,” an Mnet survival show that gives singer-songwriters the chance to show their talents. The finale on June 8 featured performances by the Top 4: Hui, Penomeco, Seo Samuel, and Mia. The contestants were tasked with staging a performance of a song about anything they wished.

At the beginning of the episode, Hui introduced his members Wooseok, Yuto, and Shinwon in the audience, who were cheering him on. He joked that since they were there, he’d pretended to be relaxed when coming on stage, even though he was nervous. Before he performed, MC Key asked him to say something to his members in the audience.

“I think they’re more nervous than me,” he said. “Don’t be worried. I hope you enjoy watching.” 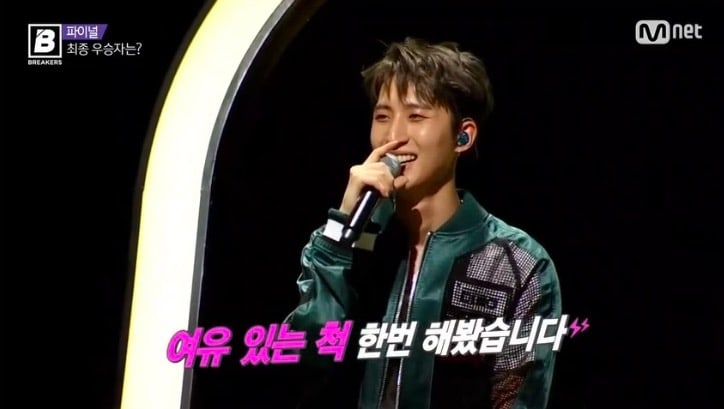 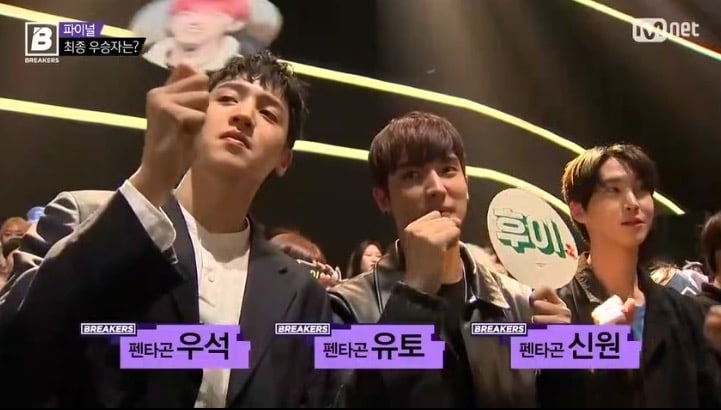 The show first shared footage of Hui preparing for his performance, including playing his song “For You” for some of the PENTAGON members. The lyrics to the track express Hui’s determination to keep going for others even when he’s having a hard time, and mention the burden on his shoulders.

When he played it for them, the guys seemed touched and told him it was great. Hongseok asked him, “Won’t you cry when you sing it?” Hui replied, “I’ve never cried when singing on stage.”

Hui explained in an interview, “Sometimes I think about how I have to work hard, but I’m curious about the reason why. ‘Why do I live like this?'” He described how when he’s having a hard time or is sad, his members are a great source of support for him.

Before he performed, Hui became choked up as he said, “People don’t just live for themselves. I’m also working hard, but when I think about why I do that, it’s not just for me. To my mother who’s happily watching my performance, my members who are by my side watching over me, and to the audience and my fans who are always watching over me. This song is about how I’ll endure everything for you, even if it’s hard, so you don’t need to worry.”

While he was performing the song, both Hui and his fellow members in the audience became emotional and cried. Watch his performance below:

Hui ended up being voted as the runner-up in the “Breakers” finale, with Penomeco coming in first.

PENTAGON
Hui
Breakers
How does this article make you feel?