Watch: (G)I-DLE And PENTAGON Have A Dance Battle With Cube Entertainment’s Past Hits

On the June 9 episode of JTBC’s “Idol Room,” labelmates PENTAGON and (G)I-DLE appeared as guests.

PENTAGON and (G)I-DLE are the newest boy and girl groups respectively from Cube Entertainment and both have seen a lot of success in the first half of 2018.

Leader Jeon Soyeon kicked things off with a “swag” version of MOMOLAND’s “Bboom Bboom,” while Minnie did a cute, if simplistic version of BIGBANG’s “Bang Bang Bang.” The hosts then teased Miyeon by hyping her dance skills so much that she was unable to perform to EXID’s “Up and Down,” though she eventually came up with a few moves for EXO’s “Growl.” Finally, Soojin closed things off with a sexy version of PENTAGON’s “Shine.” PENTAGON’s E’Dawn also made a special “cameo” during this segment with his own version of Red Velvet’s “Red Flavor.” 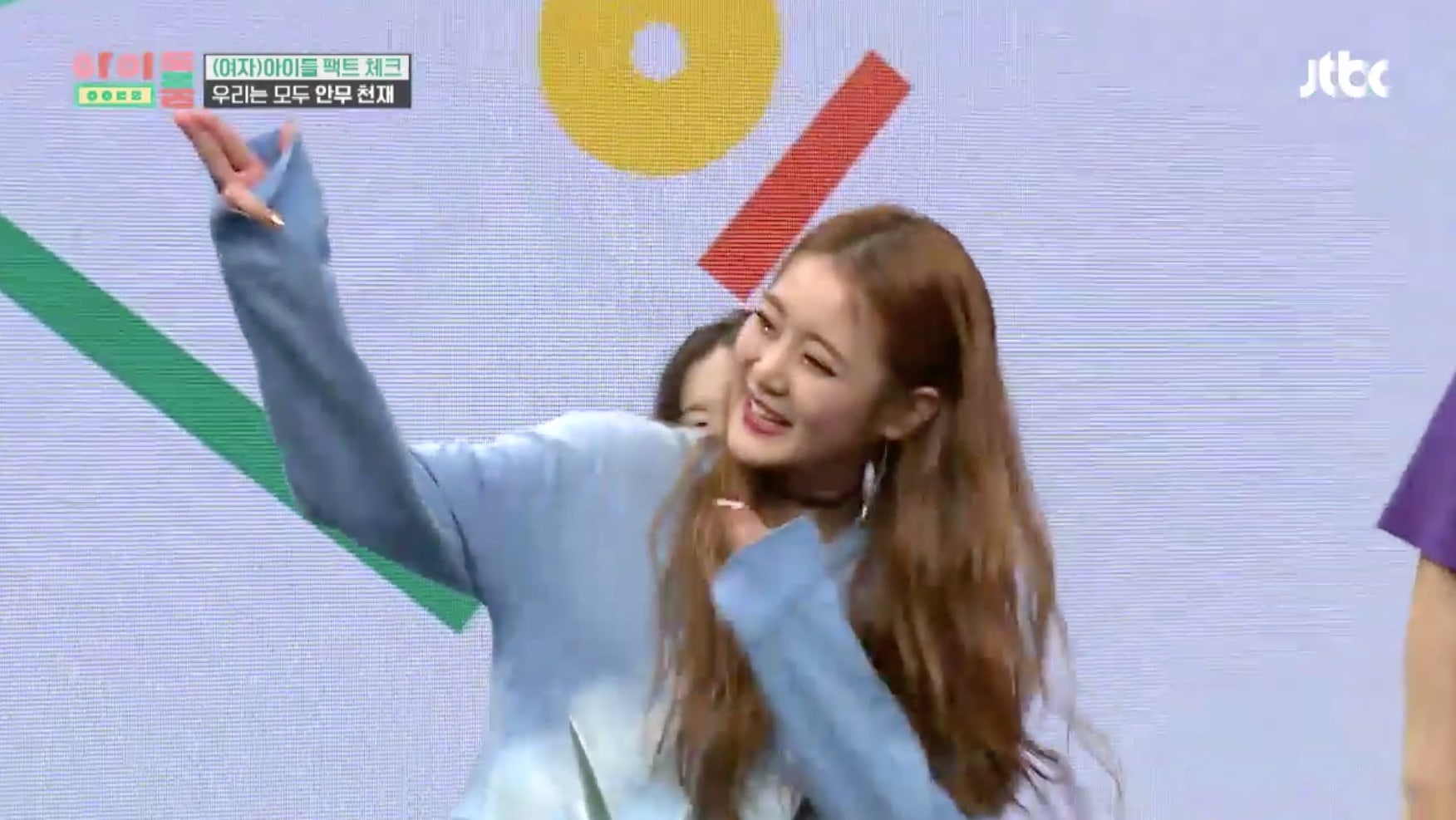 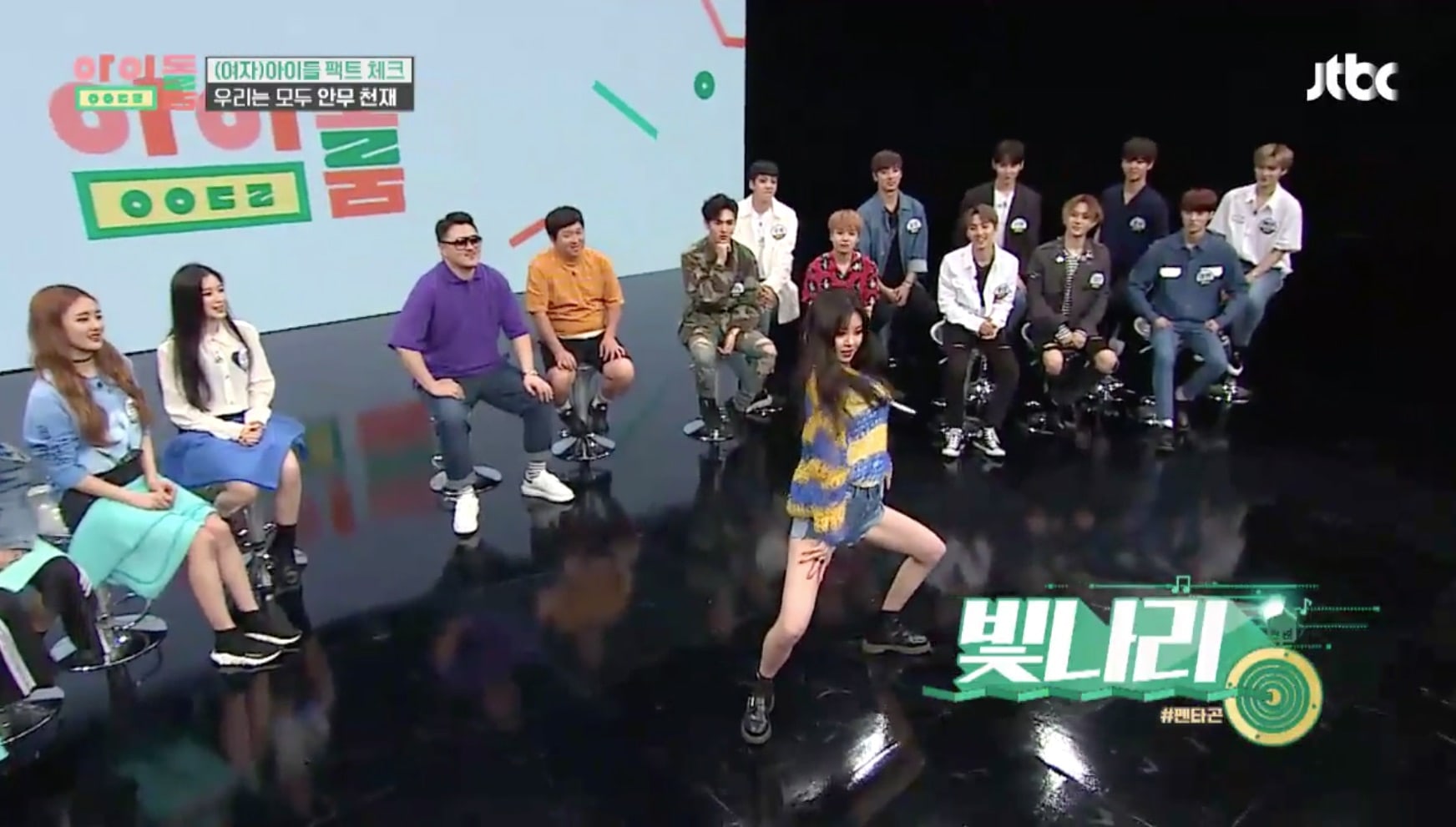 Then (G)I-DLE and PENTAGON had a dance battle to the past hits from Cube Entertainment groups. (G)I-DLE took an early lead, with Yuqi doing perfect covers of 4Minute’s “Whatcha Doin’ Today” and HyunA’s “Red” (joined by Minnie and Shuhua). Minnie then covered HyunA’s “Bubble Pop” (with another cameo from E’Dawn). 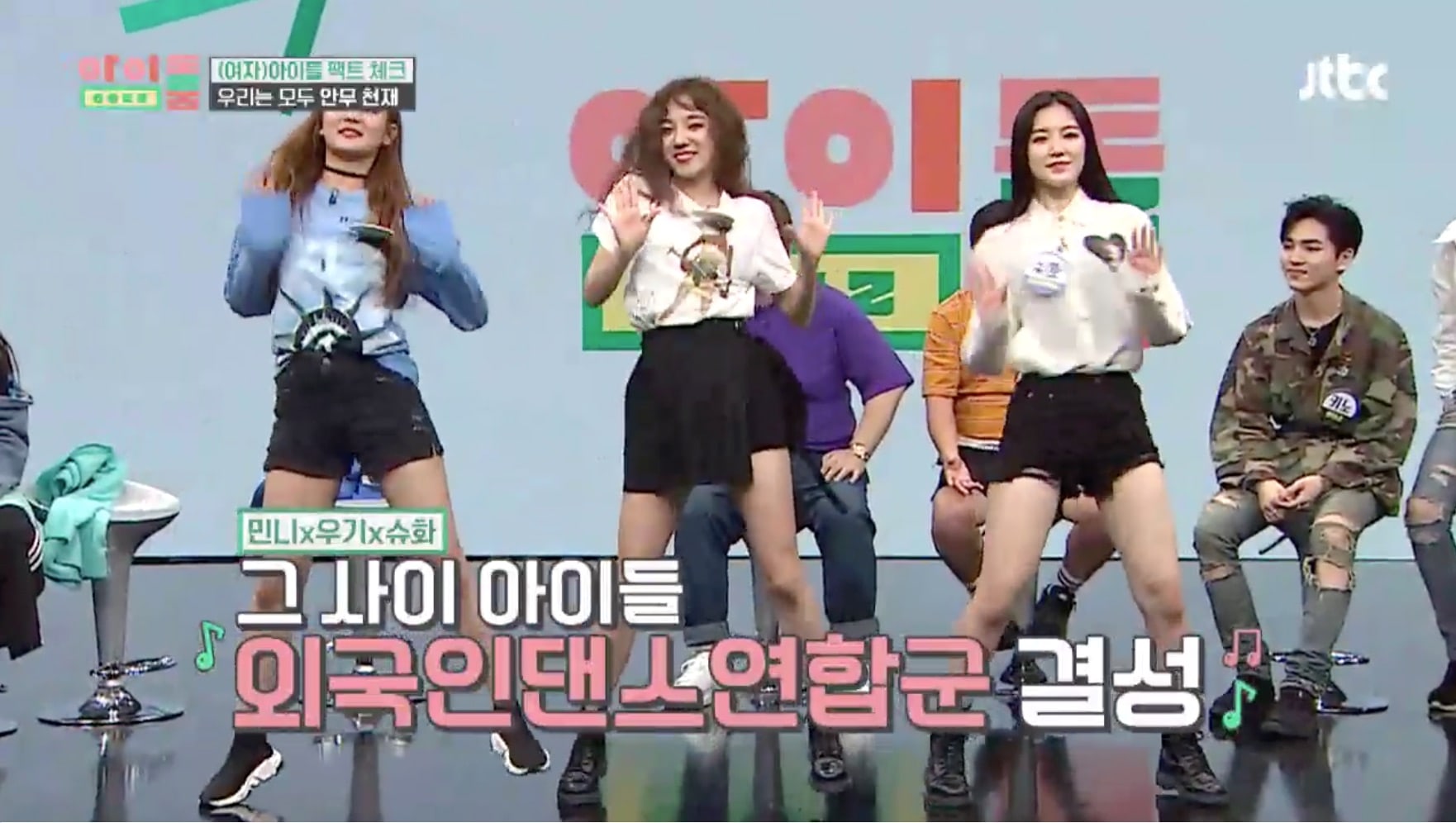 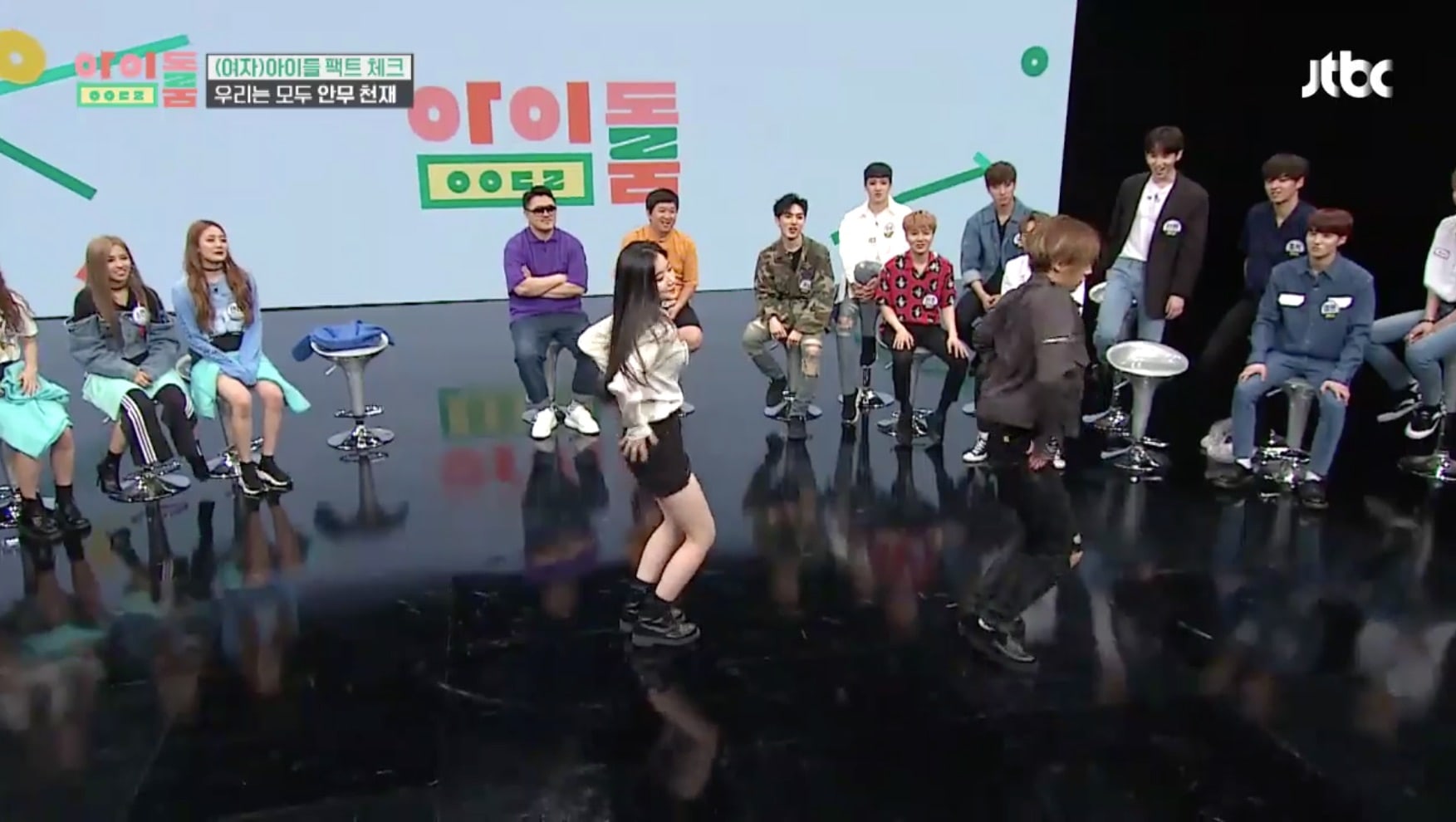 When it came to Trouble Maker, Yuto dragged Wooseok out to do the couple dance even though Wooseok didn’t know any of the choreography. However, Yuto only knew a part of it and quickly sat down. Eventually, Shuhua ended up doing the girl’s part alone. As all of the songs in the dance battle were girl group songs, (G)I-DLE easily took the win. 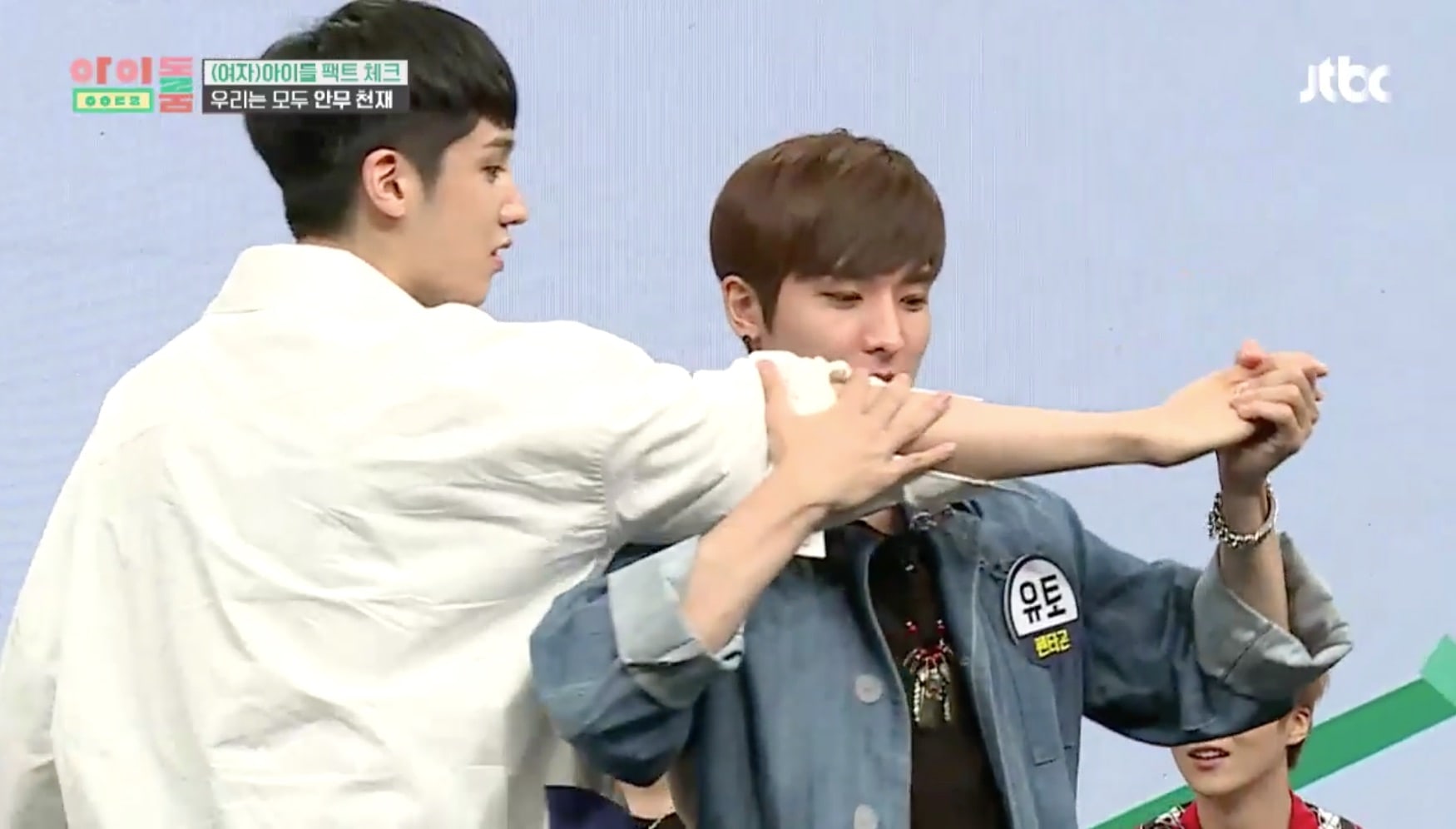 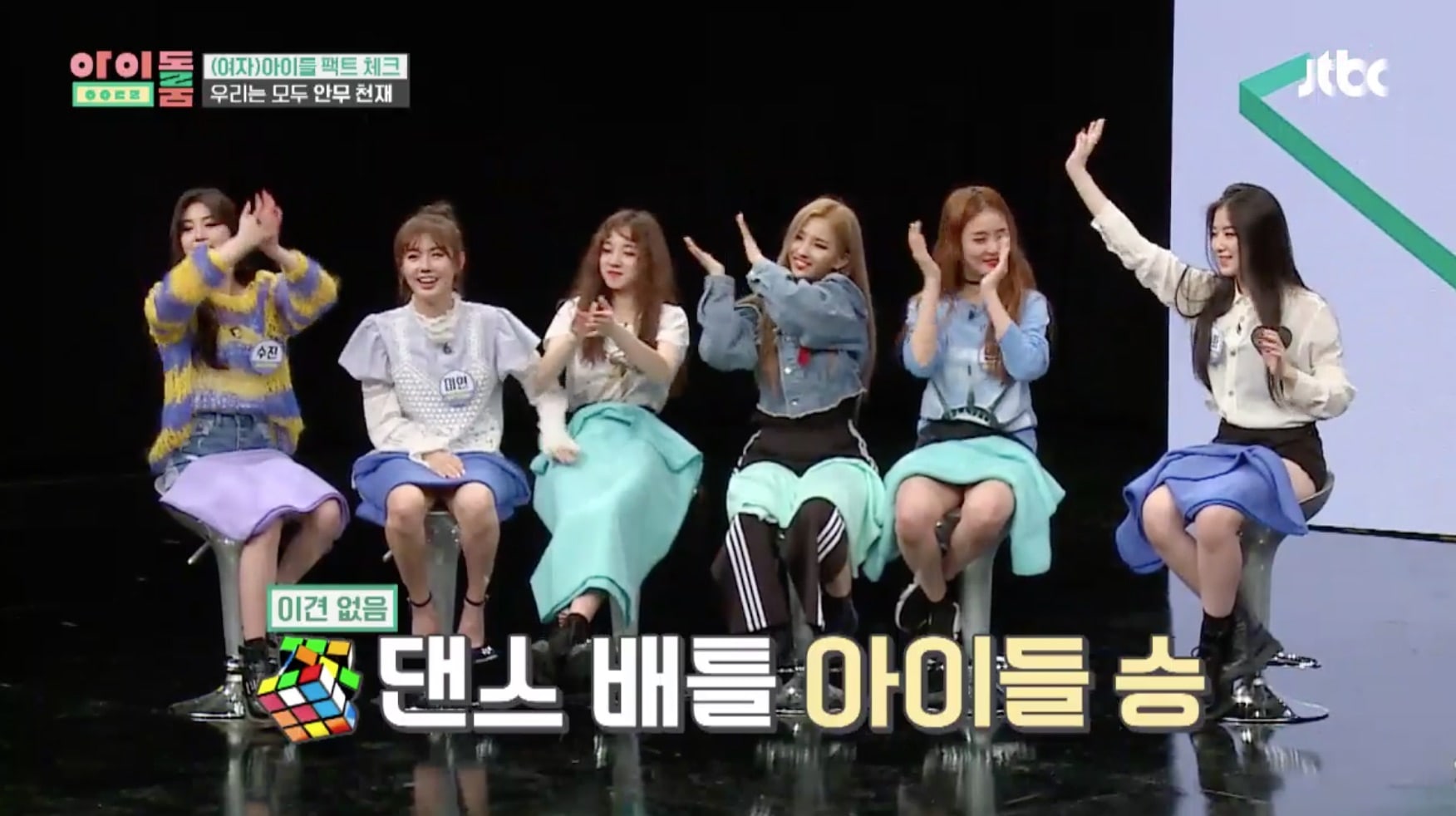 Check out the dance challenges here and here!

PENTAGON
(G)I-DLE
Idol Room
How does this article make you feel?