On the June 9 episode, MCs Jung Hyung Don and Defconn announced that they’ll be choosing today’s “Pick-dol,” where a close-up camera films one idol throughout the show.

Before choosing this lucky idol, the MCs revealed that PENTAGON’s Hongseok promised to hold and toss Jung Hyung Don in the air if he was to get chosen as the “Pick-dol.”

Jung Hyung Don asked, “What about my opinion?” and suggested he hold Defconn instead.

Hongseok said, “How about the two of you do rock, paper, scissors, and I’ll hold the winner?” but the MCs didn’t like his idea and Defconn offered to test Hongseok’s strength.

Hongseok amazed everyone when he held up Defconn with ease. Jung Hyung Don then asked if anyone else wanted to try lifting Defconn. (G)I-DLE’s Shuhua looked towards Yuqi and said that she’s strong.

Jung Hyung Don revealed that the only two female idols who succeeded in piggybacking Defconn are Girls’ Day’s Hyeri and gugudan’s Kim Sejeong.

Yuqi stepped up and walked towards him as if she was going to hold him up like Hongseok did. Defconn said, “You may die if you hold me like that.” She then tried to piggyback him but immediately sank down to the floor when he put some of his weight on her. 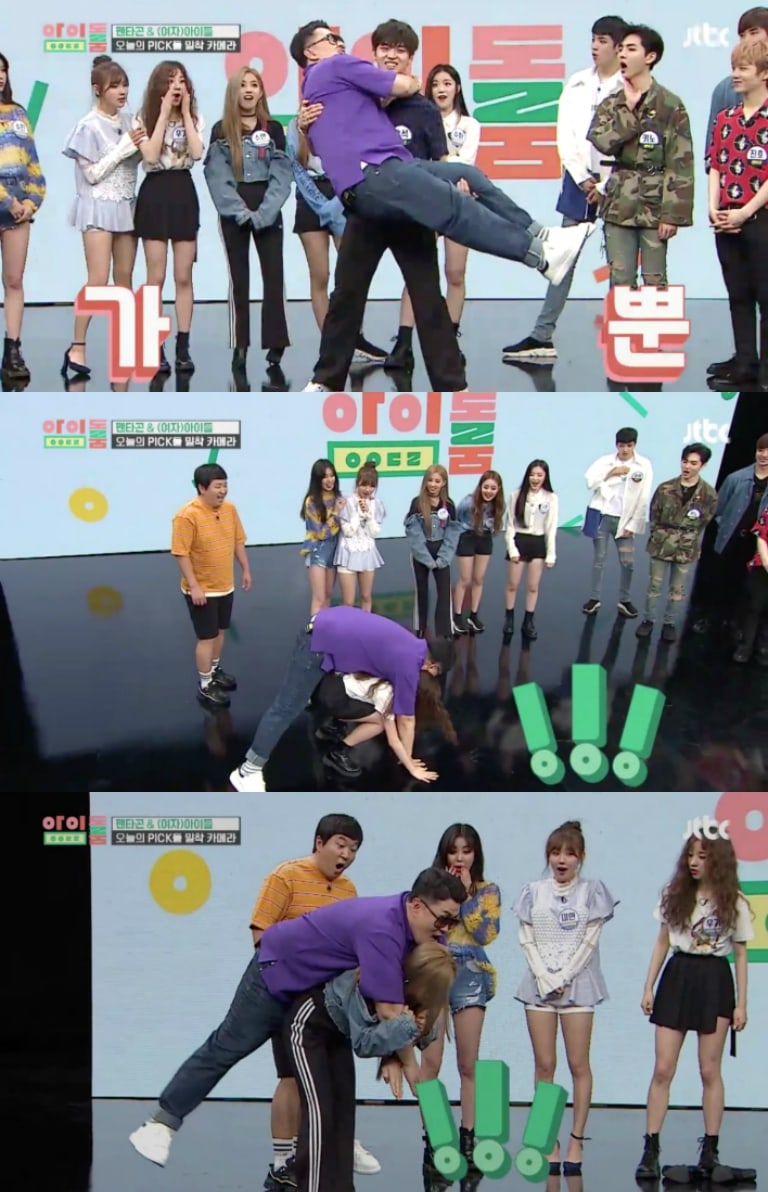 Defconn then looked at (G)I-DLE’s Jeon Soyeon and said that she looks strong. The idol was up for the challenge and took off her high-heeled boots before stepping up to the challenge.

Jeon Soyeon succeeded at lifting Defconn and even took some steps forward while everyone reacted in shock. Yuqi commented, “I’m in charge of strength in our team,” and tried again, but failed.