Newlywed couple Jang Shin Young and Kang Kyung Joon showed footage from their May 25 wedding for the first time on the June 11 broadcast of SBS’s “Same Bed Different Dreams 2 – You Are My Destiny.” 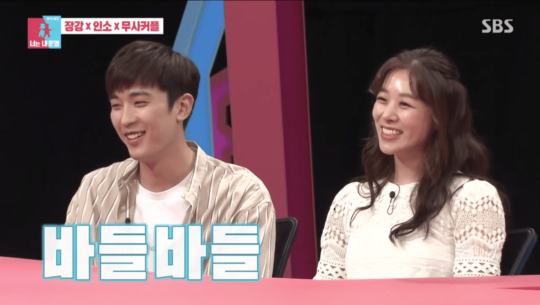 The couple got married in a beautiful outdoor wedding ceremony, which was conducted without an officiant, instead led by the couple. 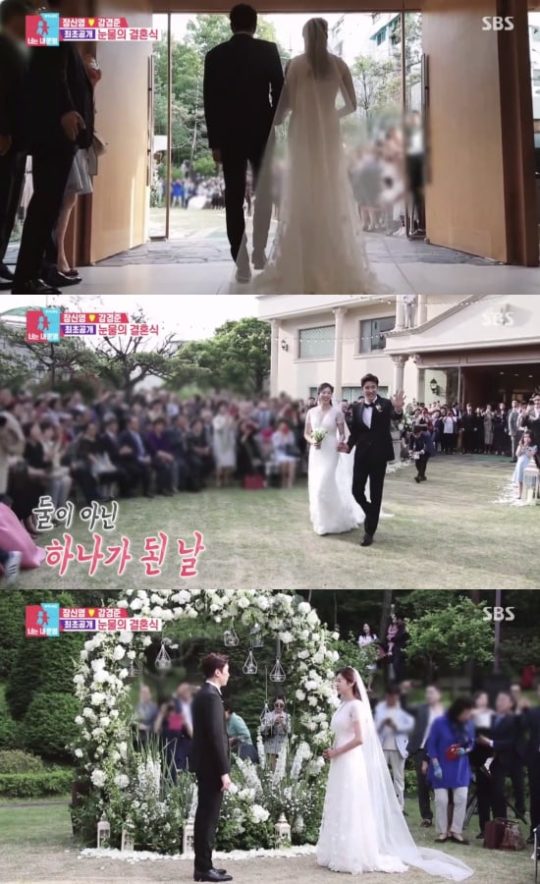 The wedding was a particularly emotional one, with both the bride and groom choking up. Jang Shin Young said, “That moment was something that we were waiting for for a long time. For me, what I wanted more than anything was to receive the blessings of my family. [Kang Kyung Joon had his reasons for his tears], but for me, there were a lot of emotions there [between me and my family]. So seeing everyone supporting us, I was so thankful.” 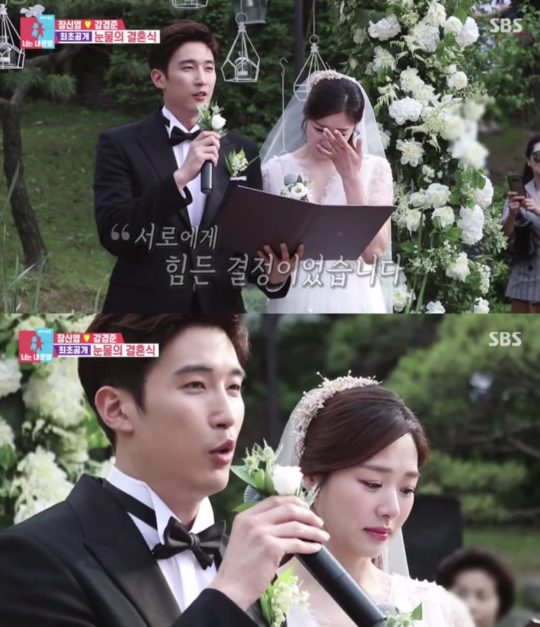 During the wedding, the couple took turns reading the vows that they had written together, as one and then the other was unable to go on due to their tears:

“This was a difficult decision for us. Some even said that the relationship wouldn’t last. But for the last five years, we’ve proved it. Our love for each other. As we’ve trusted each other in the past, we vow, in front of everyone gathered here today, that we will cherish each other forever and become a loving trio such that not one of us is estranged.”

After the vows, Jang Shin Young’s son Jung An, who was publicly revealed on broadcast for the first time through the wedding footage, brought the couple their rings. 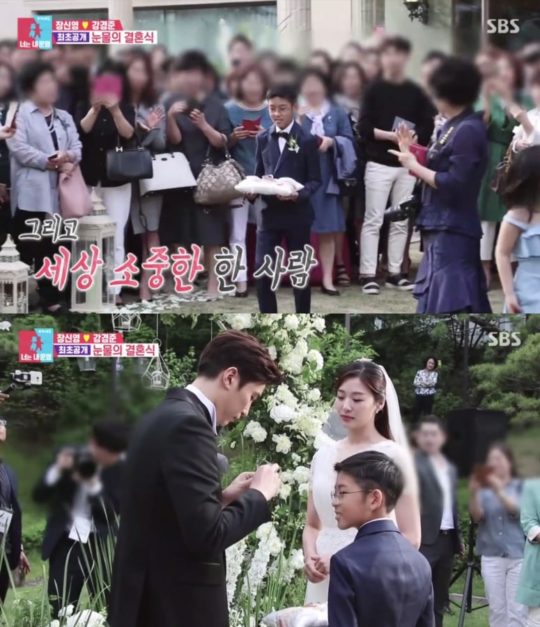 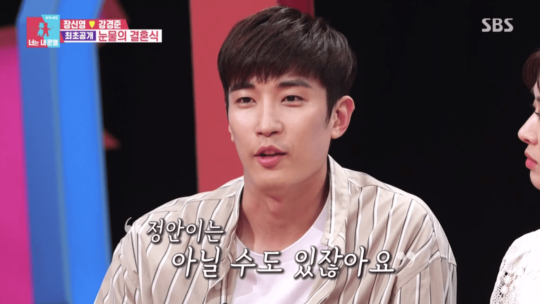 When asked how he felt when Jung An came out with the rings, Kang Kyung Joon said, “I felt apologetic. Honestly, it’s a day of celebration for [me and Jang Shin Young], but it might not be for him.”

He continued, “From his perspective, even if we do raise him in a happy family, because of the advancements of the internet, later on, he might think that these kinds of things are embarrassing, or it could end up being a source of sadness for him,” showing, already, the thoughtful and caring father that he has vowed to be.

Kang Kyung Joon
Jang Shin Young
Same Bed Different Dreams 2 – You Are My Destiny
How does this article make you feel?