The new film is the sequel to the popular film “The Accidental Detective” released in 2015. Sung Dong Il, Kwon Sang Woo, and Lee Kwang Soo star in this comedy sequel.

The released clip begins by showing the group chat of the cast actors. Kwon Sang Woo first says to Sung Dong Il disappointedly, “There aren’t any customers today, as well.” Sung Dong Il replies, “Just wait. I got hold of a promotion expert.” He then invites Lee Kwang Soo to the chatroom, abruptly asking him to advertise their “detective’s office.”

The clip then cuts to Lee Kwang Soo as he films himself in the dark. “My parents are sleeping right now, so I’ll speak quietly,” he begins. After explaining that the movie is a sequel to “The Accidental Detective,” Lee Kwang Soo adds jokingly, “But as I joined this time, the movie came back as an incredibly fun movie. Honestly, you would have felt somewhat unsatisfied with just the two seniors, Sung Dong Il and Kwon Sang Woo.”

He continued, “Anyway, in conclusion, I, Lee Kwang Soo have returned to the detective team as Yeo Chi, who was formerly a member of a cyber crime unit. Because of this, the movie will be three times as interesting, three times as funny, and three times as gripping. So please look forward to it.”

“The Accidental Detective 2: In Action” tells the story of Kang Dae Man, a comic book shop owner, and No Tae Soo, a legendary detective, getting together to open a detective’s office. After Yeo Chi, formerly an investigator at a cyber crime unit, joins their office, the trio begins investigating cases and encounters unexpected events. 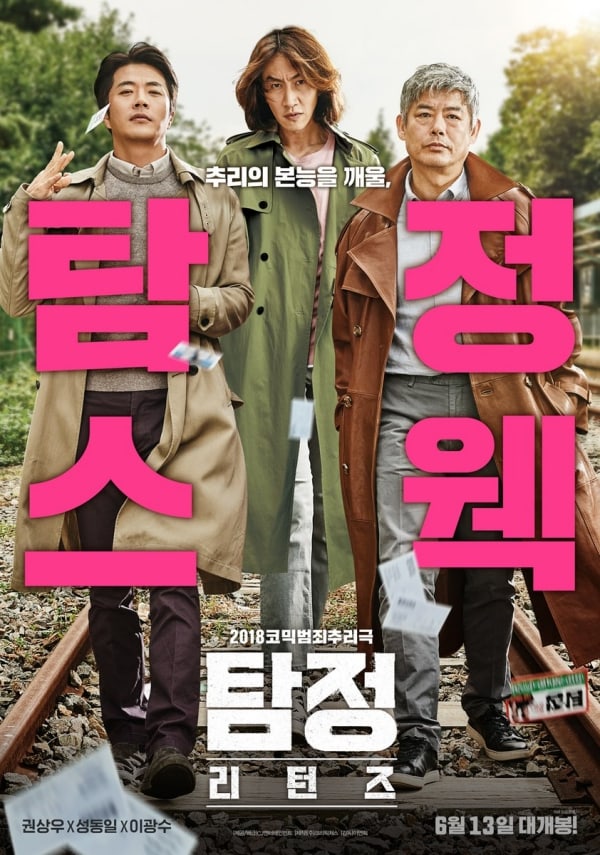 Lee Kwang Soo
The Accidental Detective 2: In Action
How does this article make you feel?