Male Stars Who Are Advertising Models For Cosmetics

An increasing number of Korean male celebrities have started to appear as spokesmodels for cosmetics companies, as beauty products become used by more and more men.

Here are some male singers and actors who are current models for cosmetics brands!

Last December, skin care brand Ulos chose Yunho as its spokesmodel for his healthy and masculine image. Since then, he’s appeared on ads next to messages such as “Because I know men,” and “Engineered for men from the start to end.” 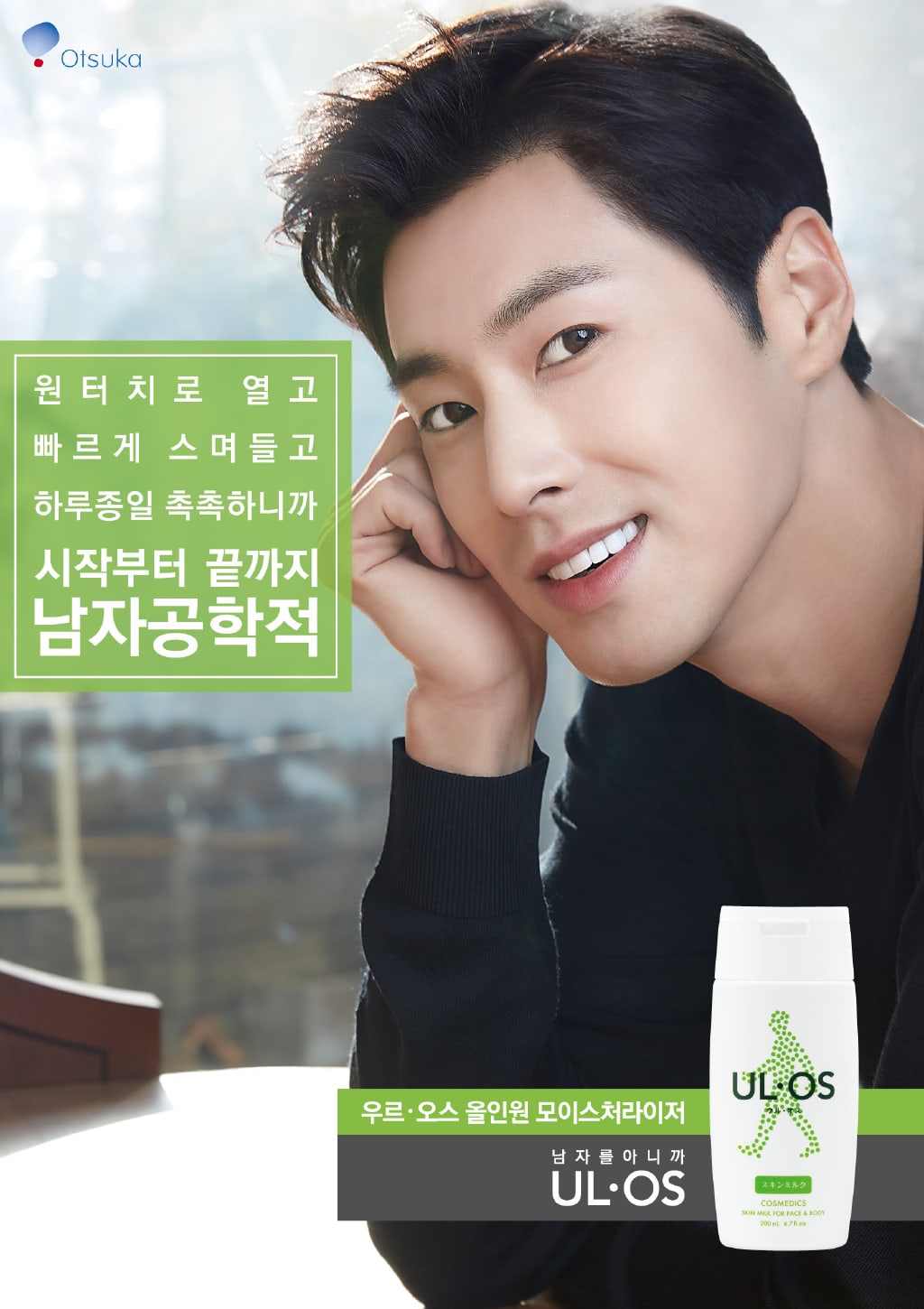 Ha Suk Jin is the model for Botanic Heal boH’s Ideal for Men where he shows his charismatic, intellectual charms. The actor even brought Botanic Heal boH’s products for the cast and crew of his upcoming drama “Your House Helper” (literal title). 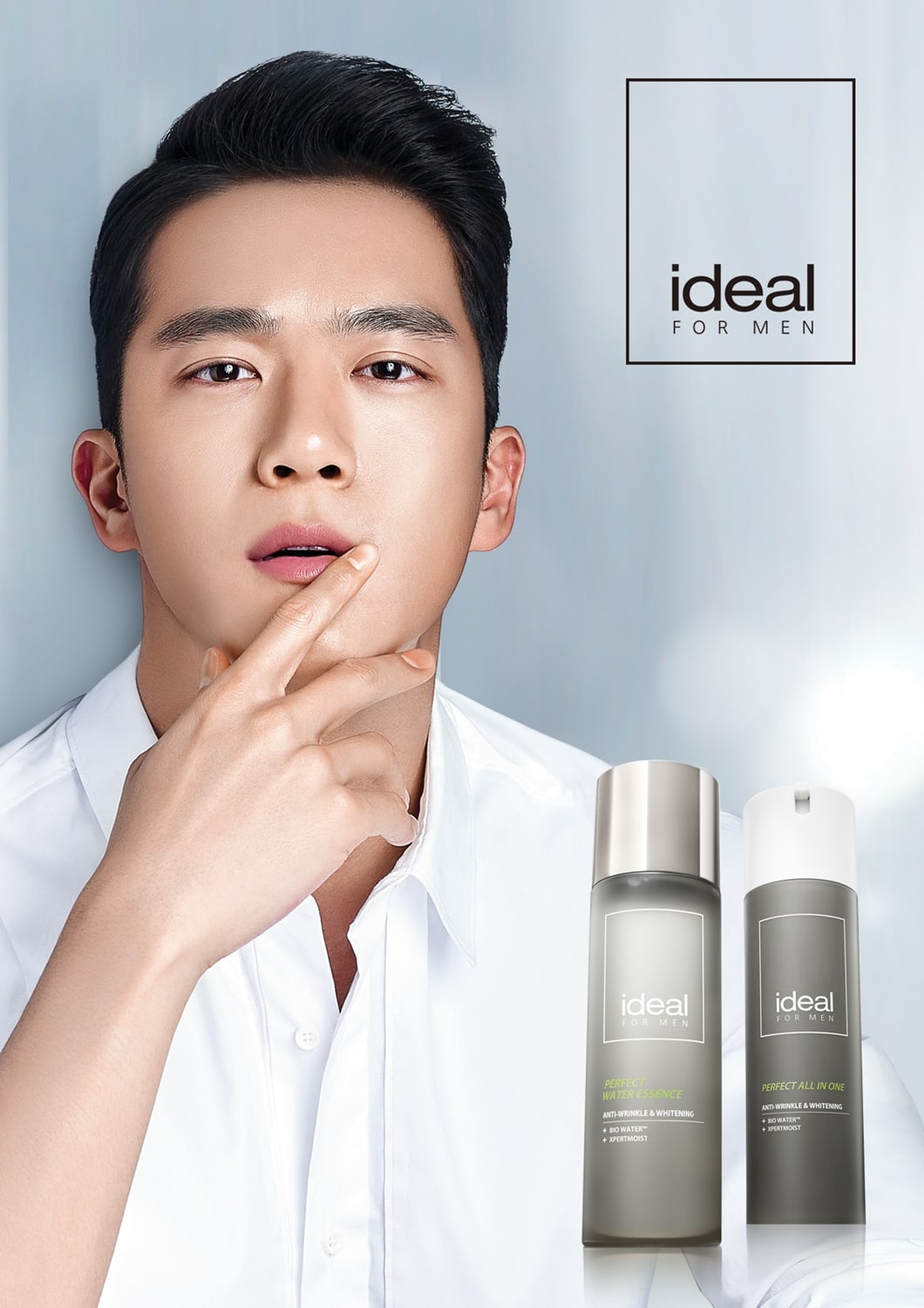 Jung Hae In is currently one of the most popular actors and recently starred in the JTBC drama “Pretty Noona Who Buys Me Food.” He was a spokesperson for Dewytree before the drama aired where he was chosen for his pure, healthy image and clear skin. After the drama, the brand is seeing an increase in profit due to the “Jung Hae In” effect. 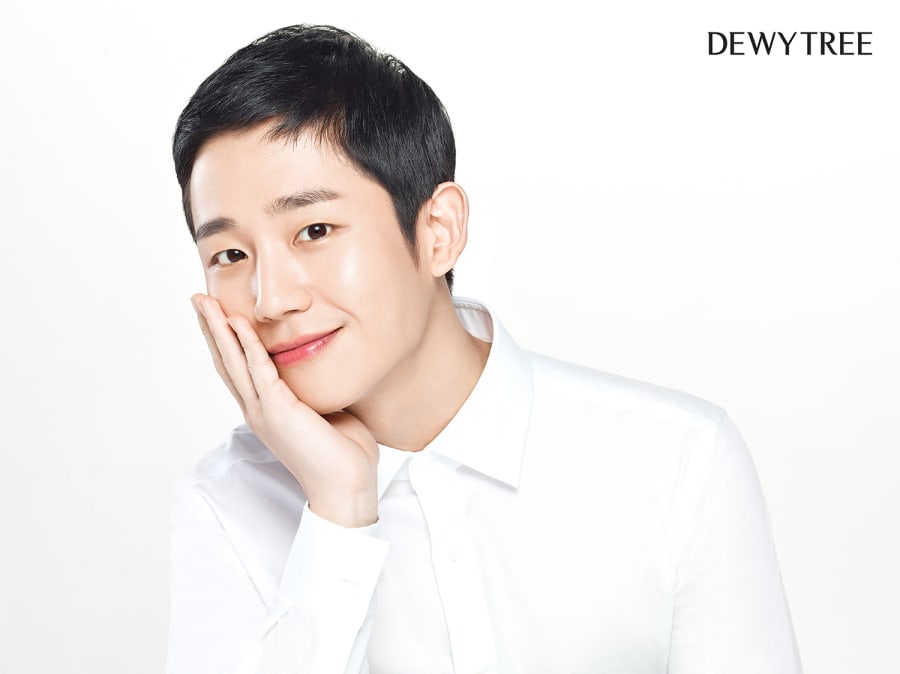 Namgoong Min currently stars in SBS’s “The Undateables” and is also the model for male cosmetics brand MdoC. Wearing a white shirt, he shows off his good skin and clean image. 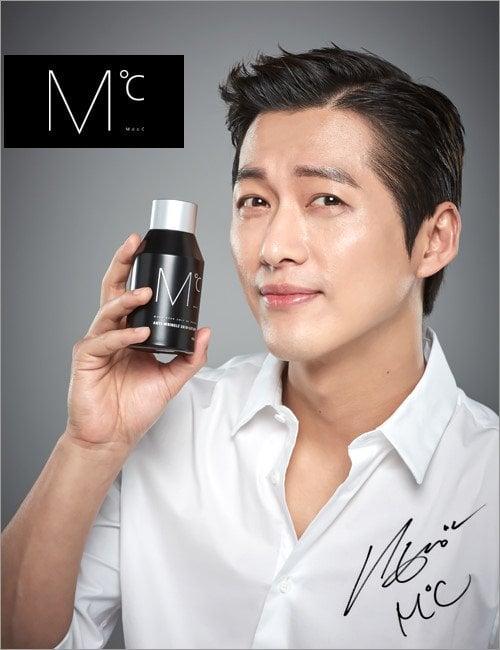 Park Seo Joon became the face of beauty brand Laneige in February and appeared in ads for the men’s moisturizing anti-aging line Blue Energy. His trademark bright, masculine, gentle image shines through in the ads. He’s currently starring in the drama “What’s Wrong with Secretary Kim.” 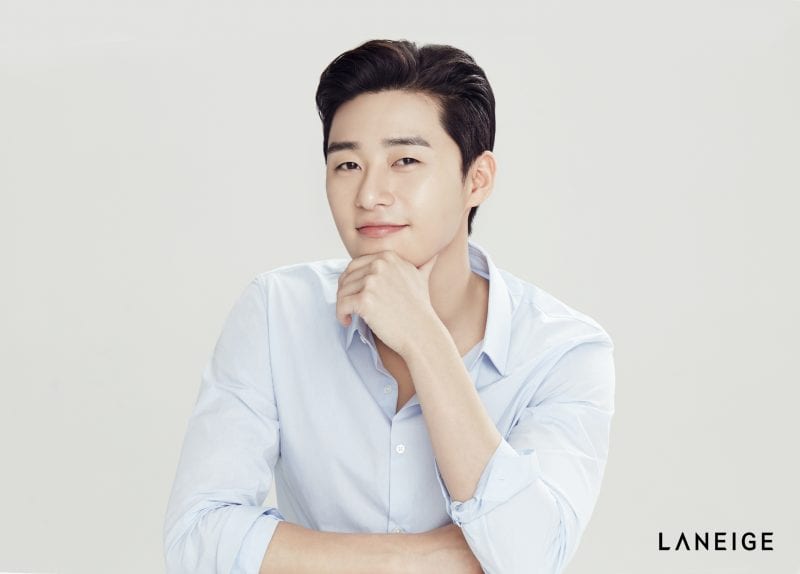 L is a singer-actor with an innocent, young image which is perfect for the irritation-free cosmetics brand Lab No. The brand recently held an event to wish for the success of JTBC’s “Miss Hammurabi” and is working with L on various collaborations. 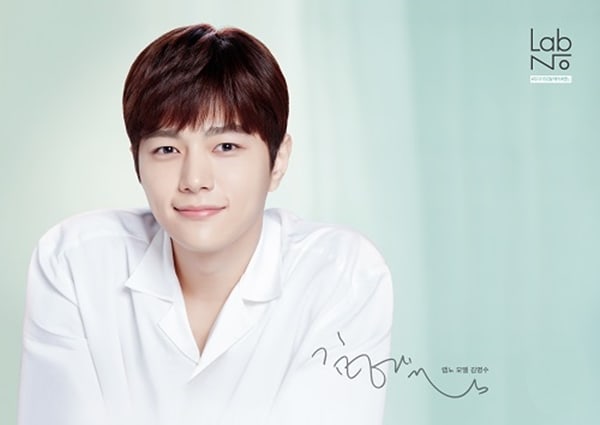 Woo Do Hwan is a spokesmodel for the functional cosmetics brand The Oozoo. In its ads, the actor smiles sweetly or looks stylish wearing white or black shirts and shows off his masculine charms and glowing skin. 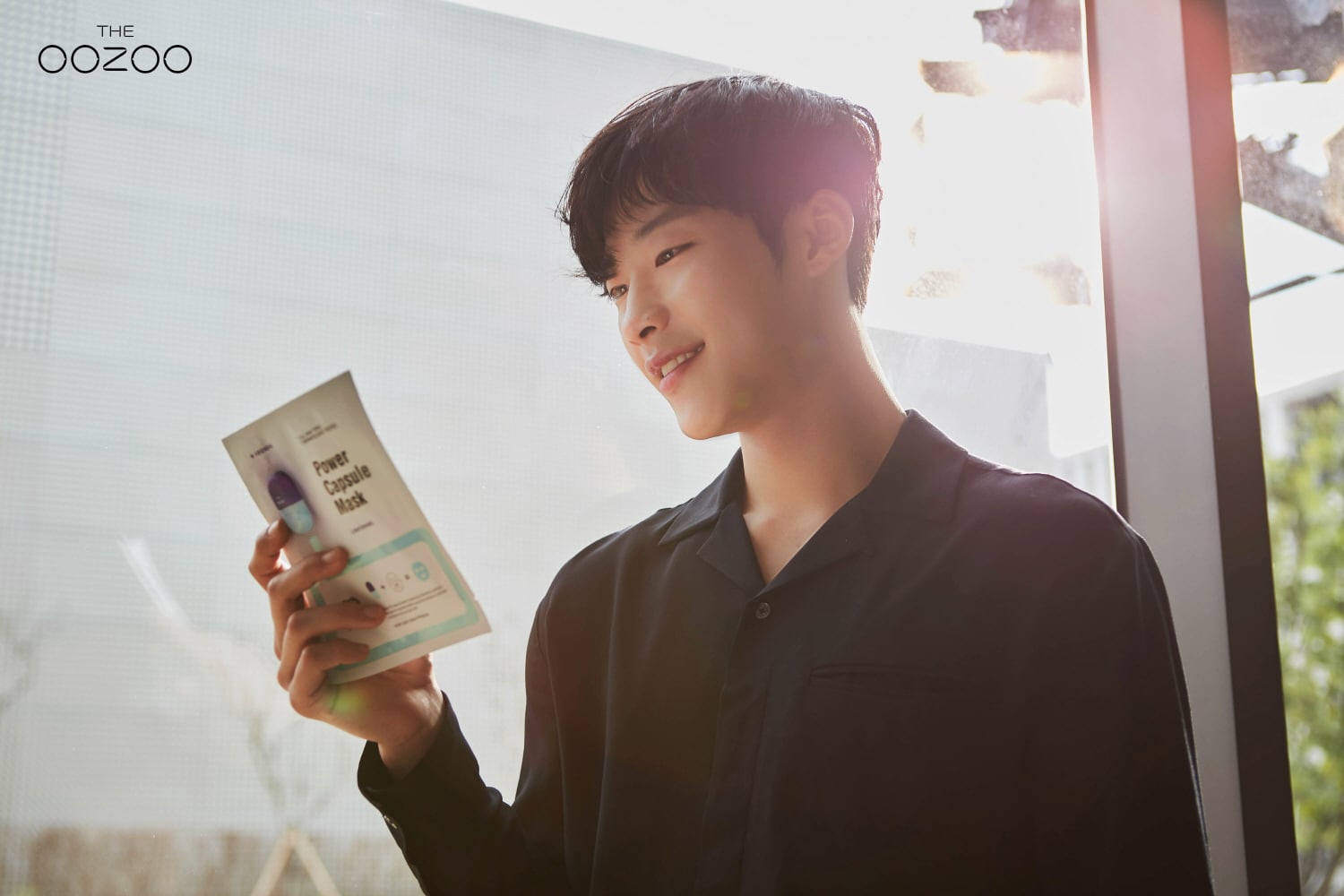 Webtoon artist and “I Live Alone” cast member Ki An 84 is well-known for his minimalistic life. It was therefore a surprise to fans when he became the newest model for male cosmetics brand Grafen. The brand is popular amongst men for its various hair styling products and succeeded in promoting its products through an unexpected model. 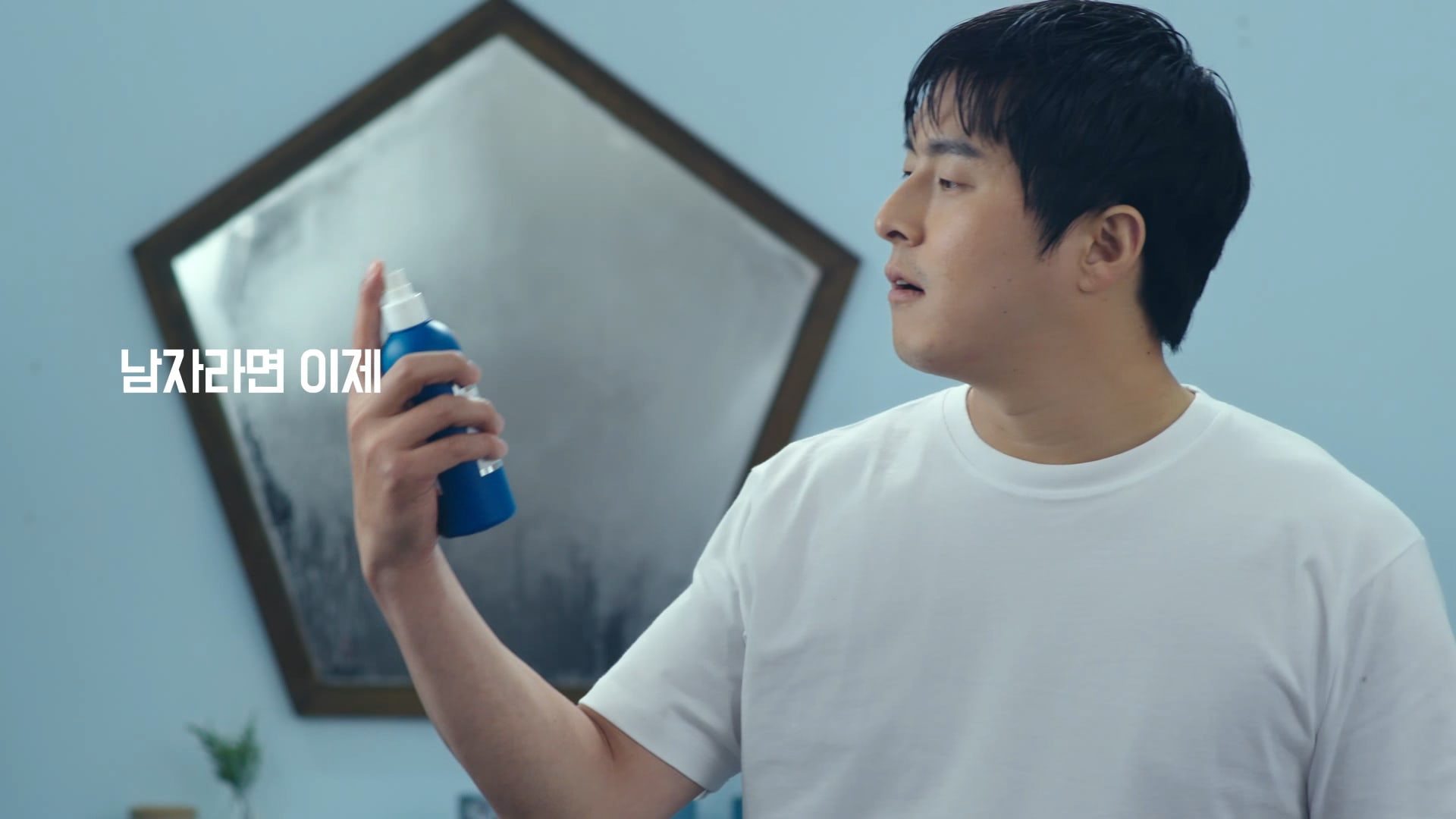 BTS was chosen as spokesmodels for VT Cosmetics in 2017. The group collaborated with the brand to create a “VTxBTS” line of items which included jumbo toothbrushes and cushion pacts. 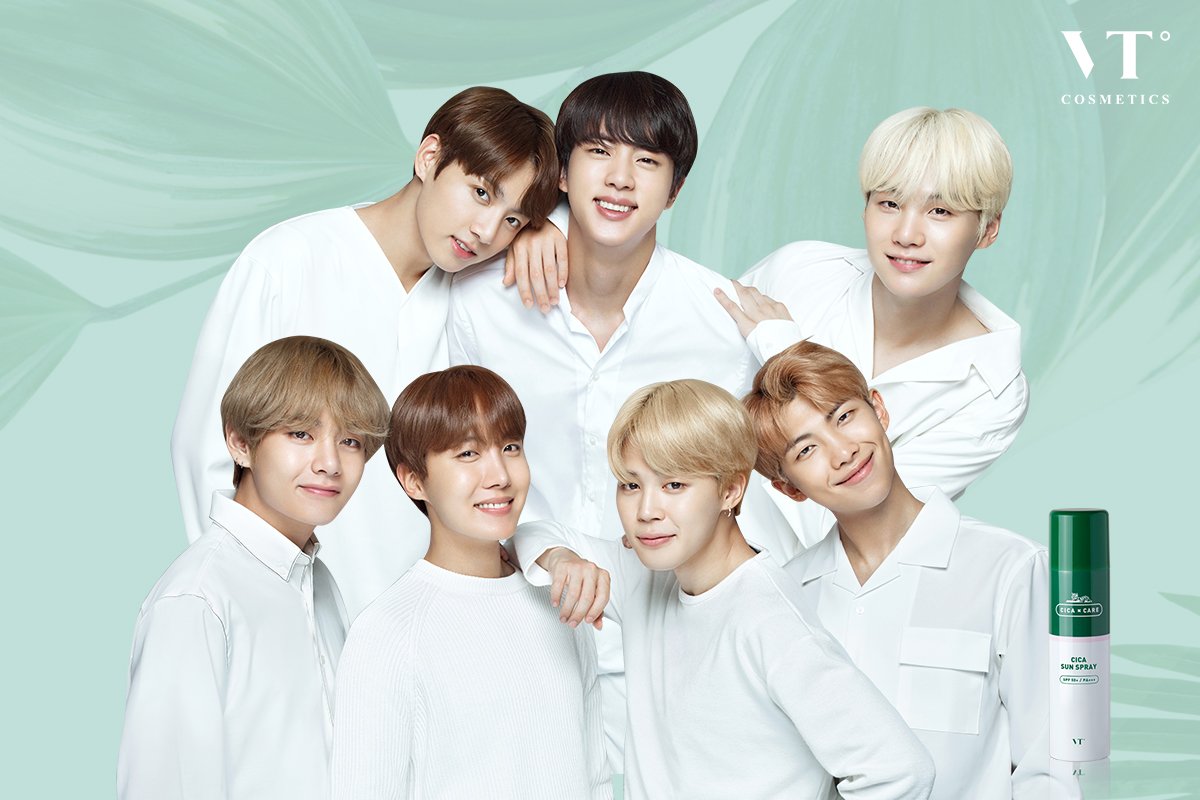 EXO has been the spokesmodels for Nature Republic since 2013. They’ve appeared in ads as a group and alongside female celebrities such as Girls’ Generation’s Taeyeon. The members have also appeared on special collection items such as hand creams and sheet masks. 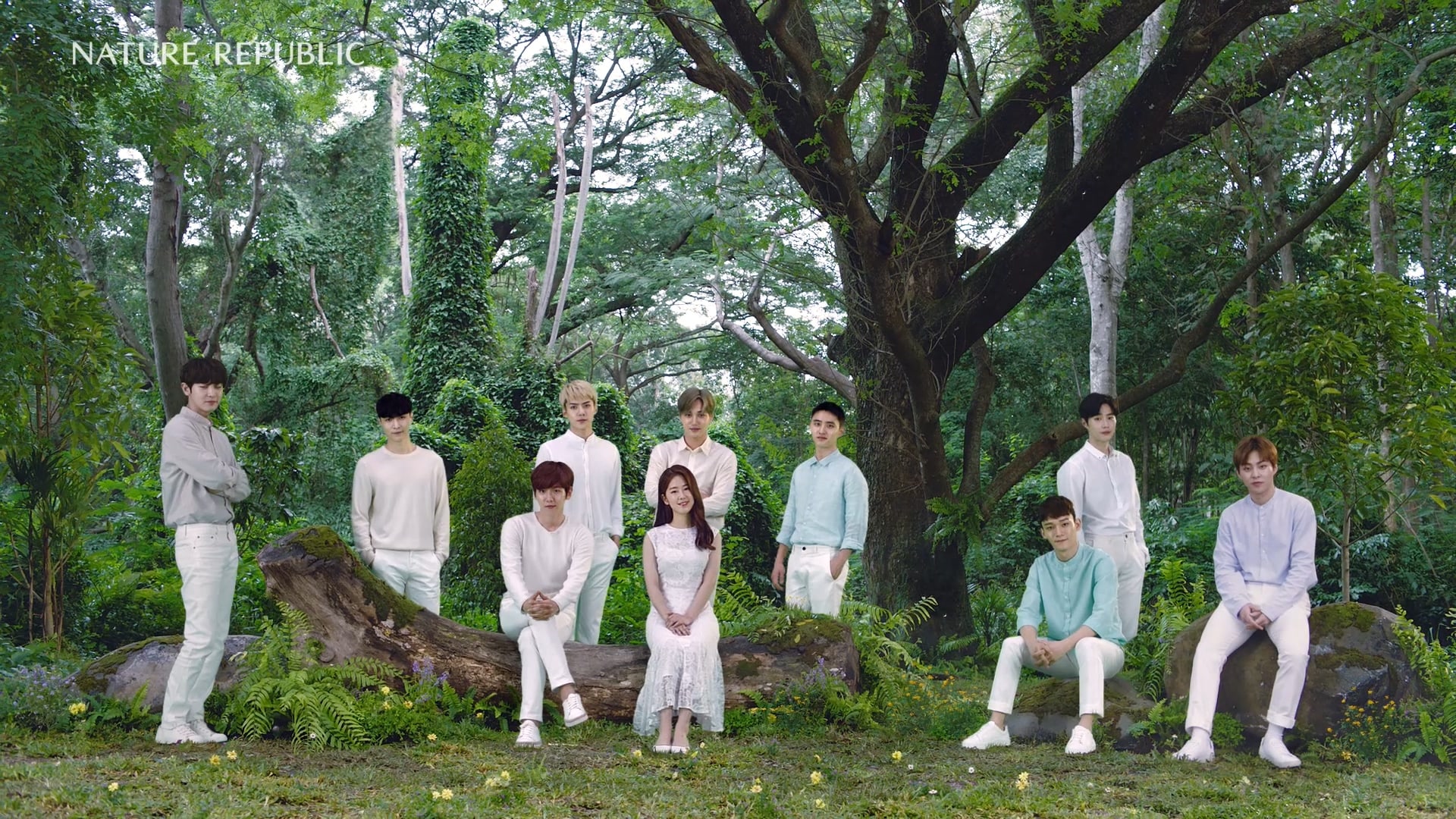 Innisfree signed Wanna One as its models in August of 2017 after “Produce 101 Season 2” contestants promoted the volcano color clay masks on the show. Since then, Wanna One members have appeared in various ads and a line of lip balms. 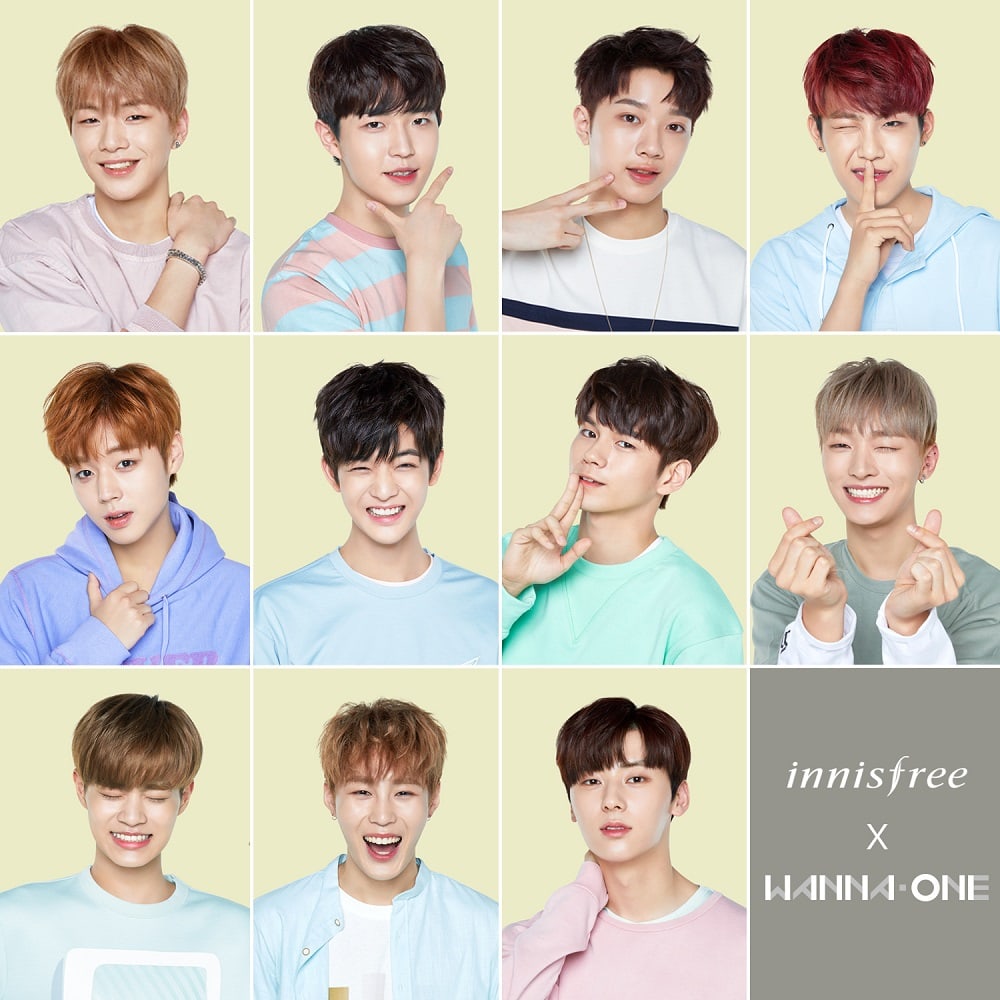 GOT7 was picked as The Face Shop’s spokesmodels in April for the group’s bright, energetic image. In various ads, the seven members show off their bright smiles in colorful outfits as well as their handsome looks in sleek suits. 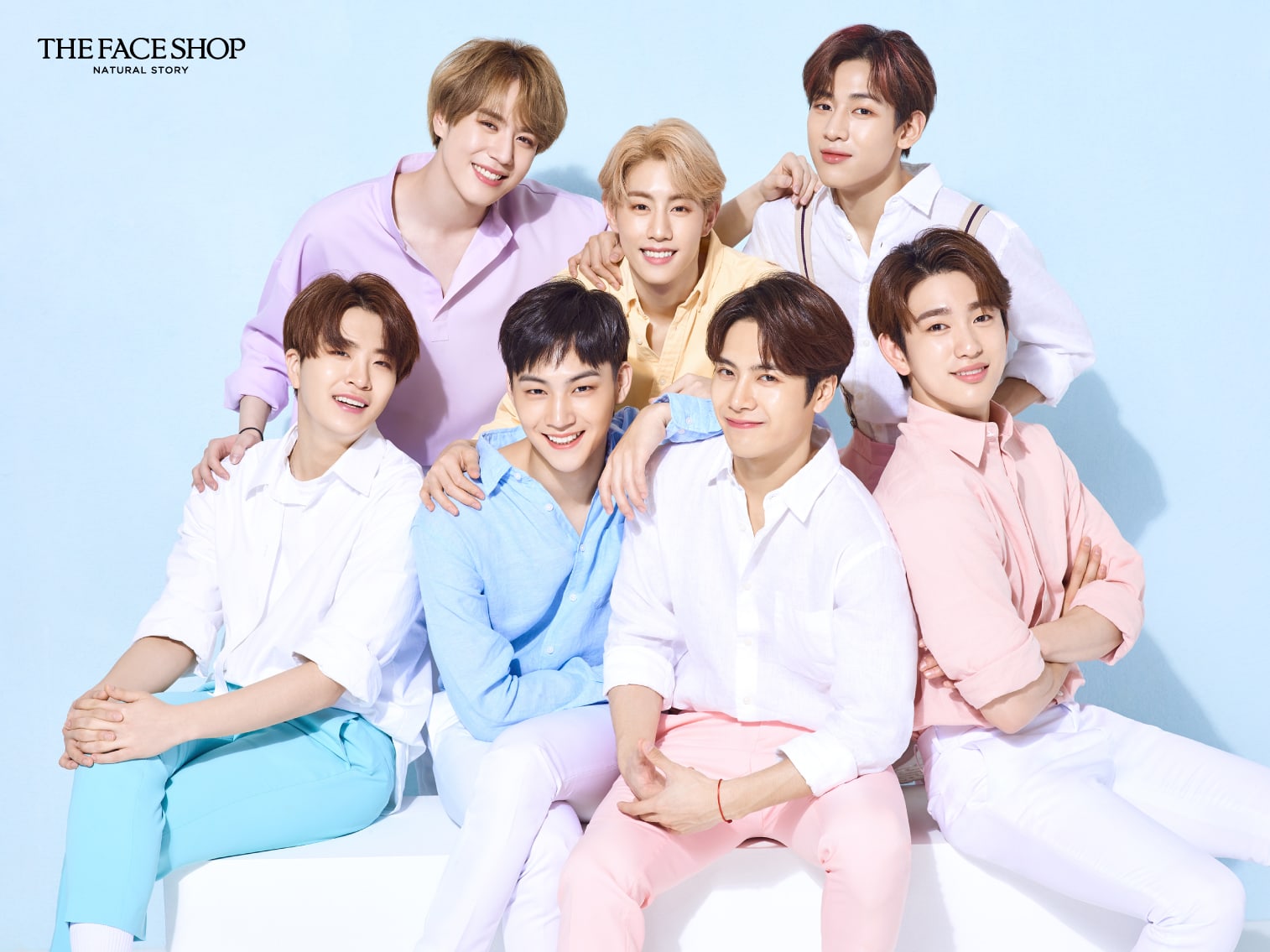 In March, BTOB was chosen as the face of Tony Moly and their cheerful, free-spirited image was a good match for the brand. The members are currently advertising Tony Moly’s Green Tea Moisture Cream. 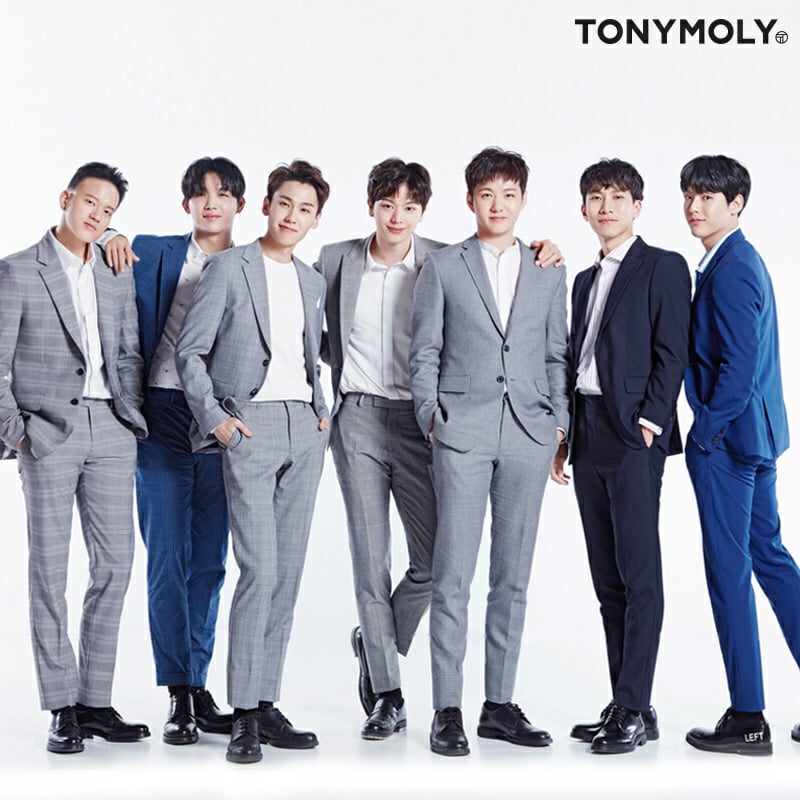 Cosmetics brand The Saem announced that it chose SEVENTEEN as its spokesmodel last December for the group’s pure, refreshing image and global popularity. Since then, The Saem released products with the members’ images on them such as sun creams and sheet masks. 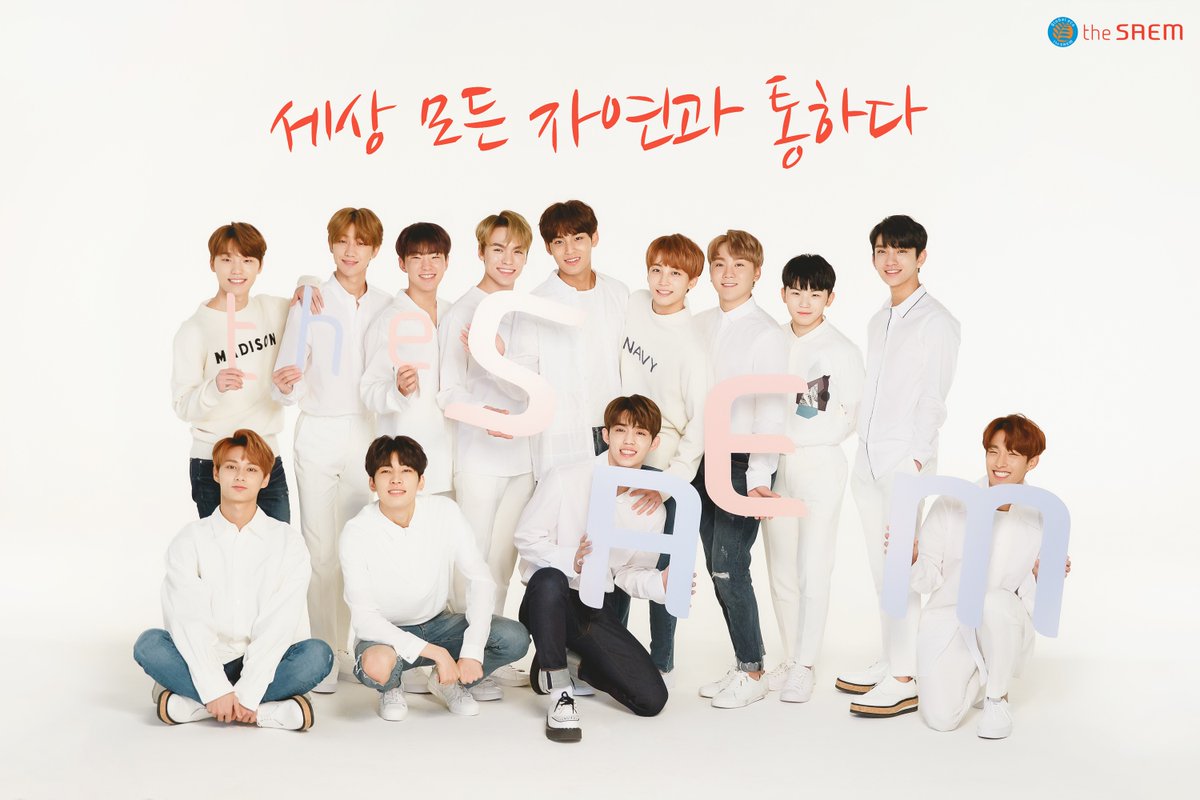