The newly released stills of the next episode show a glimpse of Seo Ye Ji and Lee Joon Gi facing off in a jiu jitsu match. The two characters are wearing blue and black jiu jitsu uniforms and are focused on each other with serious attitudes. They fight intensely while temporarily leaving behind their affections for each other.

Seo Je Yi is so immersed in the jiu jitsu battle that her hair and clothes are in disorder. However, she doesn’t pay attention to how she looks and just stares at Lee Joon Gi with eyes that show her burning ambition to win.

On the other hand, Lee Joon Gi gazes at her with worried and distressed eyes. It makes the viewers wonder what happened for him to have such an expression on his face. 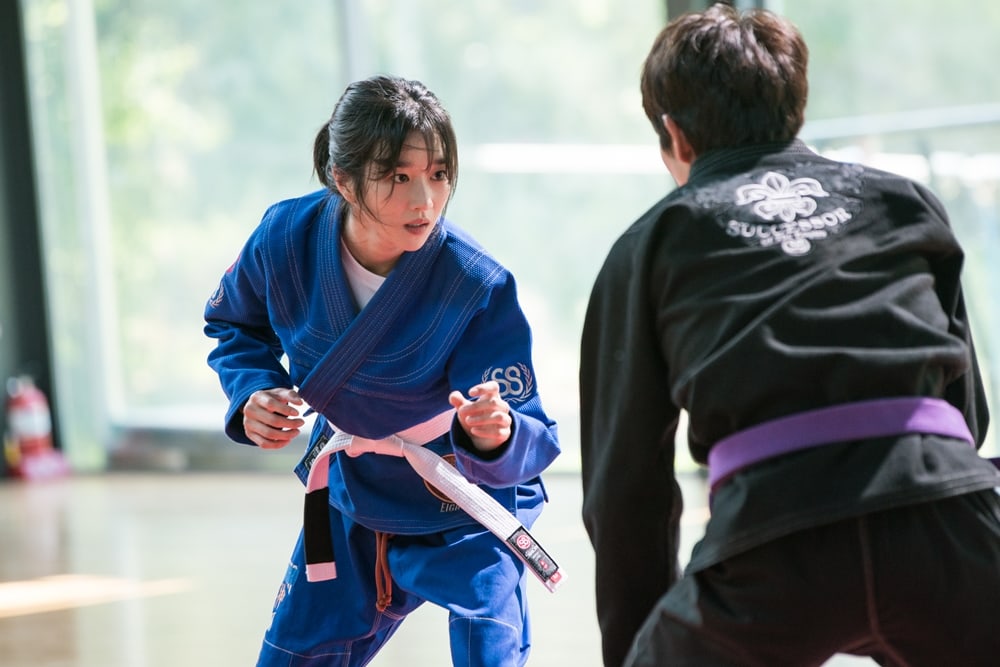 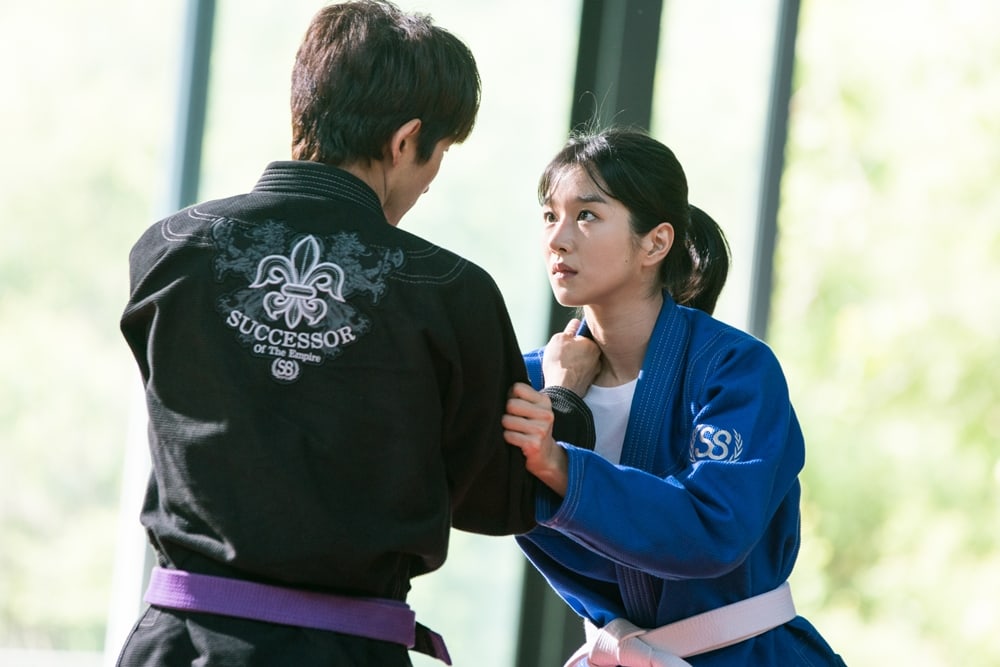 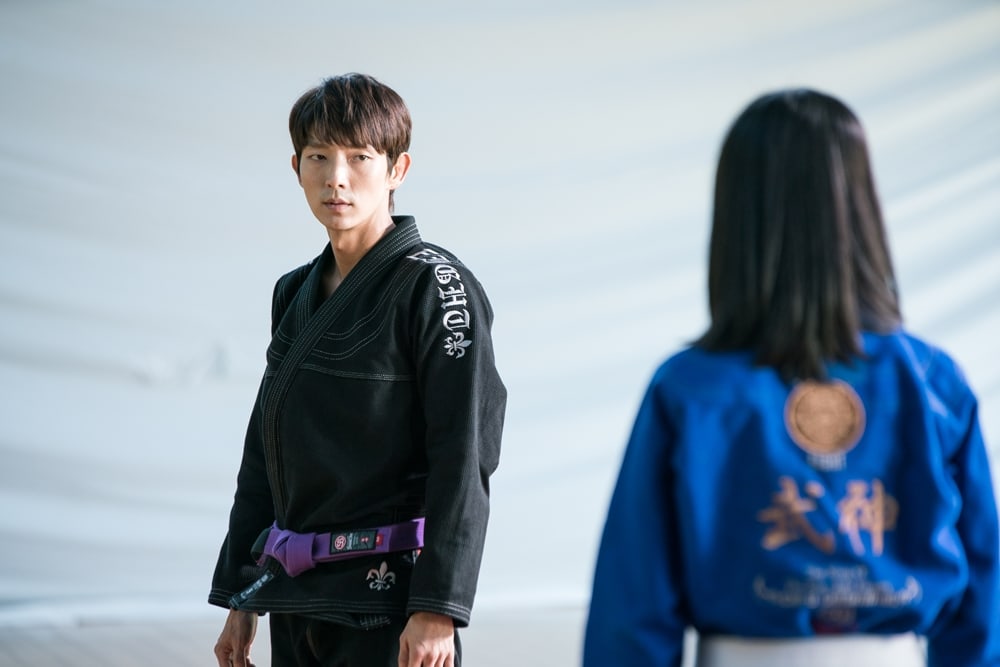 All this time, Lee Joon Gi has worried about Seo Ye Ji, who has been exposed to danger because of his desire for revenge. Previously, Choi Min Soo had threatened, “One of my arms is cut off, so I should do something in return. With regards to the person who is very precious to you.” Because Lee Joon Gi is well aware of Choi Min Soo’s monstrous nature, he can’t help but be worried about Seo Ye Ji’s safety.

The production crew stated, “Bong Sang Pil has always been by Ha Jae Yi’s side while seeking his revenge. However, find out what choice he makes on episode 11 after he realized Ha Jae Yi is in danger because of him.”