On the June 16 episode of the variety show, Hoshi said that he had been a fan of the group ever since he was young and specified that he was Key’s fan in particular.

Key commented, “I knew about it. I’m close with Hoshi. We’ve hung out outside, and he’s also been to my house.”

He continued, “It’s to the extent where SEVENTEEN fans actually buy SHINee lightsticks to give to Hoshi as gifts at SEVENTEEN fan sign events.”

MC Boom revealed that Hoshi is also a fan of another member of the show’s cast, which turned out to be rapper Hanhae. Hanhae was surprised to hear this and said he was really happy.

The MC then jokingly started a game of “ideal type world cup” and asked Hoshi to choose between Key and Hanhae. Boom asked Hoshi to close his eyes and imagine the following scenario. “You’ve finished your overseas tour, and you arrive at Incheon International Airport at 2 a.m,” he said. “You get a text message that says, ‘You arrive at 2 o’clock right? I’ll wait for you outside of the airport. [I’ll be in] a red sports car. The license plate is 1999.'”

He continued, “You open the door, and this person is holding onto the steering wheel. He then hands you flowers. As he gives you the flowers, you see his face. Who is it, Key or Hanhae?” 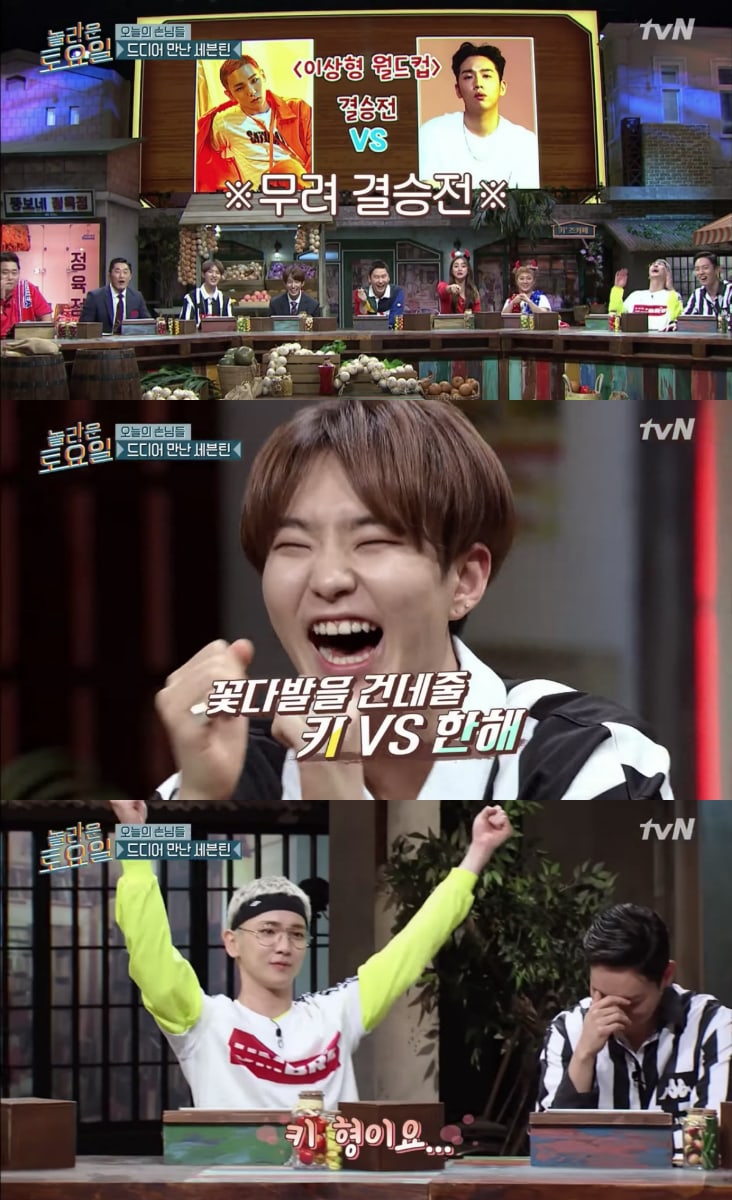 Hoshi answered, “Key!” The SHINee member then happily celebrated being chosen as Hoshi’s ultimate No. 1 choice.