The rankings were determined through an analysis of the consumer participation, media coverage, communication, and community awareness indexes of 380 girl group members using big data collected from May 15 to June 16.

MAMAMOO’s Hwasa shot to the top of this month’s list after her brand reputation index increased by a staggering 222.02 percent since May. The idol scored a total index of 3,672,053 for June.

Hwasa’s highest-ranking related terms included “confident,” “refreshing,” and “healthy,” while high-ranking phrases in her keyword analysis included “I Live Alone,” “tripe,” and “femme fatale.” The MAMAMOO member recently garnered attention for her guest appearance on the MBC variety show “I Live Alone,” in which she enjoyed a meal by herself at a tripe restaurant.

AOA’s Seolhyun followed at a close second in the rankings with a brand reputation index of 3,571,048. Seolhyun also enjoyed a remarkable increase in her score since last month, with her total index rising by 579.21 percent since May.

GFRIEND’s SinB maintained her spot at third place with a brand reputation index of 2,648,654. (G)I-DLE’s Jeon Soyeon made her debut in the rankings at fourth place this month, while GFRIEND’s Sowon trailed close behind in fifth place.

Check out the top 30 for June below!

You can also watch Hwasa’s episode of “I Live Alone” below! 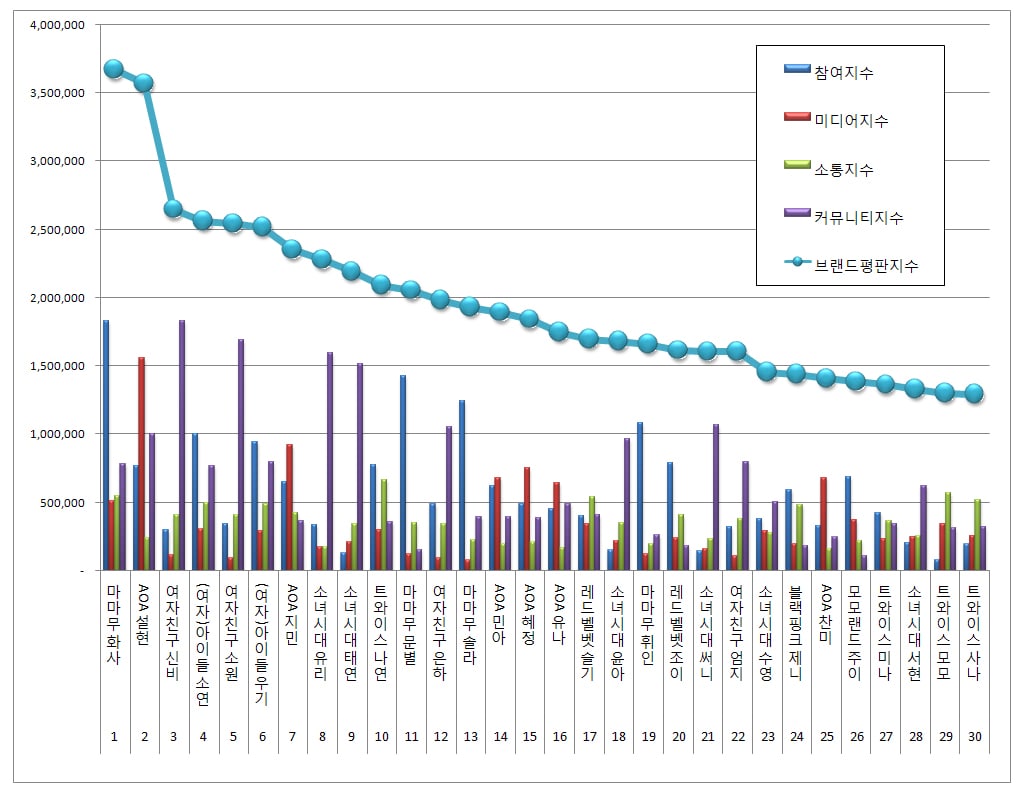