TWICE made a long-awaited return to Singapore for their second tour “TWICELAND ZONE 2: Fantasy Park” this past weekend! This is their first Southeast Asia stop after opening the tour in Seoul last month, and they marked their return to Singapore after a year by having the concert at a venue twice the size of their previous one. During the magical evening, TWICE took Singapore ONCEs on a journey through their fantasy park with dazzling performances of hits like “Like Ooh-Ahh” and “Cheer Up,” as well as beautiful stage sets and outfits during fan-favorite songs like “You in My Heart” and “Turtle.” 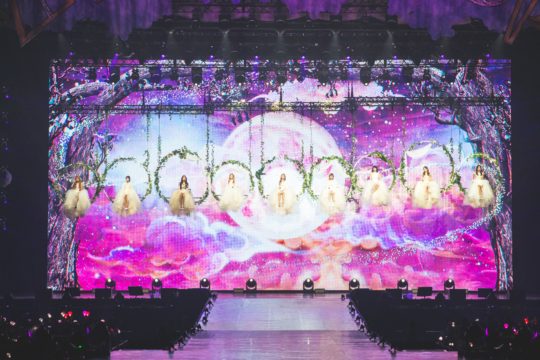 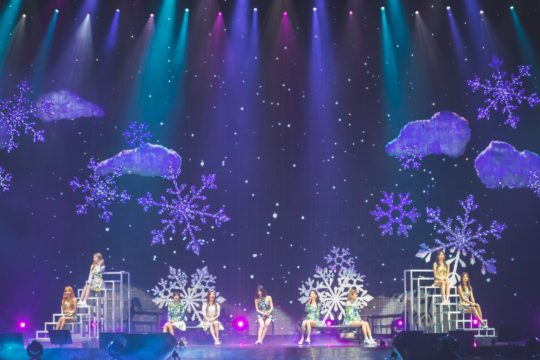 The nine-member girl group captured the fans’ hearts in the three-hour concert and we have compiled some of our favorite moments from the concert:

On top of performing remixes for their hit songs, TWICE also prepared special solo and unit stages with covers of popular songs, like Winner’s “Really Really” and BoA’s “Valenti,” which allowed fans to see a side of TWICE that are not normally shown during their promotions. Check out some of the covers below:

Singapore ONCEs also had prepared something special for the girls, when they surprised TWICE with a heartwarming video they had created for the group. The video started off with a mention of the amount of time that TWICE had been away from Singapore and how Singapore ONCEs had been missing them during this time, but were still supporting them from afar. The fans then held up banners saying “We’ll be waiting until TWICE returns” after the video ended.

The members were moved to tears from the video and promised to continuously keep their fans updated by sharing more on their social media accounts.

TWICE also returned the love with many fan services of their own, from aegyo to cover dances and they also did their best to communicate with fans despite the language barrier, Tzuyu even did her thank you speech in Chinese.

‘We will be back’ by 2yeon
Jeongyeon imitate nayeon is so funny lmao?. #TWICELAND2inSG pic.twitter.com/2glaYXzG6f

TWICE ended the concert with an acoustic version of “What is Love?” and promised their Singapore fans to be back again really soon! Meanwhile, TWICE will be making a summer comeback on July 9, their first Korean comeback since “What is Love?” in April.

Special thanks to Rock Media for inviting us to the event!