SHINee’s Key revealed his thoughts on being a 10-year idol during his appearance on the June 21 broadcast of “Life Bar.”

When MC and labelmate Kim Heechul of Super Junior asked Key why he wants to becomes more popular, the SHINee member began, “These days, my biggest worry is…”

“If you wanted to, you could say that I’ve just now only worked 10 years, but I finally feel that I understand many things about this line of work better and I feel more comfortable while working. However, I have a hard time approaching new people now,” Key explained. “I keep feeling like my novelty is fading. I’m ready to work even harder, but it feels like people have already seen all of the many sides of me. This has just been a worry of mine.” 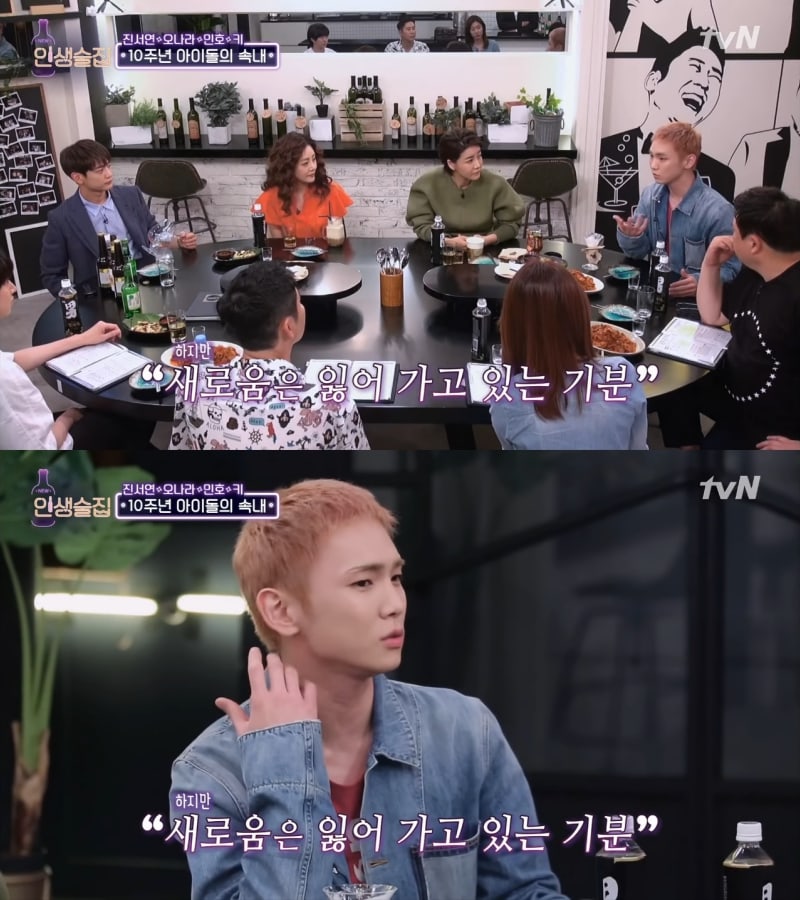 The other guests Jin Seo Yun and Oh Na Ra as well as the hosts expressed how they empathize with Key’s worries. Shin Dong Yup commented, “It’s only natural you end up thinking that way around that point [in your career].”

Jin Seo Yun advised, “You have always been noticed for 10 years so I don’t know [if this will help], but I just try to live as if it’s my last day. There is no tomorrow. Tomorrow, I’ll be a different me. No matter what people think of me, I’m reborn as a new person every day.”

SHINee
Key
Life Bar
How does this article make you feel?