Hyun Bin’s upcoming drama “Memories of the Alhambra” has offered viewers their very first look at the actor in his new starring role!

“Memories of the Alhambra” is a new tvN drama that will tell the story of Yoo Jin Woo, a brilliant investment firm CEO who travels to Spain on business and ends up staying at an old hostel in Granada (played by Hyun Bin). Park Shin Hye will star opposite Hyun Bin as Jung Hee Joo, the owner of the hostel, while EXO’s Chanyeol will play the role of her younger brother.

On June 22, the drama released new photos that show Hyun Bin sporting casual attire befitting of a tourist as he wanders through Spain. His friendly smile in the first photo hints at his character’s humorous side, while the second photo captures his adventurous spirit. 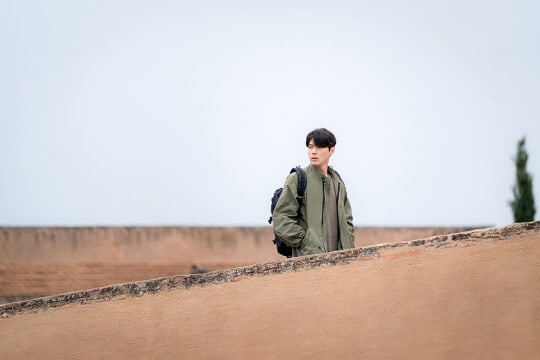 “Memories of the Alhambra” has been confirmed to premiere sometime in November of this year.

Hyun Bin will also be playing a villain for the very first time in the upcoming film “Negotiation” (literal translation), which is currently scheduled for a September release.

Hyun Bin
Memories of the Alhambra
How does this article make you feel?