When asked who her role models are, Punch replied that she doesn’t have just one person she looks up to and explained, “I think all singers who debut as idols and grow into artists five to seven years later are amazing.” She continued to add, “For example, IU began with a cute image when she made her debut, but now she has grown into an artist that all singers look up to. I think she’s really amazing.”

Punch also picked Girls’ Generation as an idol group she admires and said, “They’ve created this identity that you can immediately recognize from hearing their name, ‘Girls’ Generation.’ They even have their own solo activities and they’ve created unique identities as solo artists as well. Like, you can immediately think of a genre when you say ‘Taeyeon.’ That’s such a great feat. I want to keep growing and become a singer like them.” 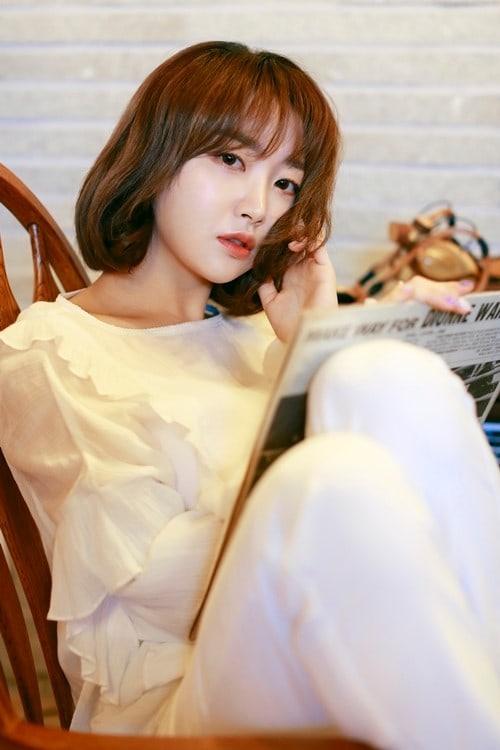 Having already made a name for herself as an OST singer, Punch shared that she has many artists she’d like to collaborate with. She said, “I recently watched Mnet and tvN’s ‘The Call,’ and I was really awestruck by Shin Seung Hoon. He creates such sophisticated and great music. I’d also like to work with VINXEN. It would be great to collaborate with a girl group too. I especially like Red Velvet and BLACKPINK.”

Punch made her comeback in May with her new song “End of the Night.”