Like A Shining Diamond: SEVENTEEN’s Many Sides That We Love

SEVENTEEN and their agency certainly knew what they were doing when they adopted the diamond theme, because just like the many sides and faces of a diamond, there are just as many sides of SEVENTEEN. And whatever those sides are, they are all brilliant and radiant and loved by all Carats.

The side that is self-sufficient

SEVENTEEN has had the title of “self-producing idols” ever since their debut. Woozi produces almost all their songs, and most members have writing credits under their names. The performance team is in charge of coming up with their choreographies, and really, each member contributes significantly to their albums and performances. Ever since their pre-debut days, they’ve showcased their ability to be self-sufficient. In fact, the producers of “One Fine Day” basically had the boys fend for themselves during the first season.

They also produced this addictive lil’ bop for “My Little Television” during the live broadcast:

The side that is animalistic 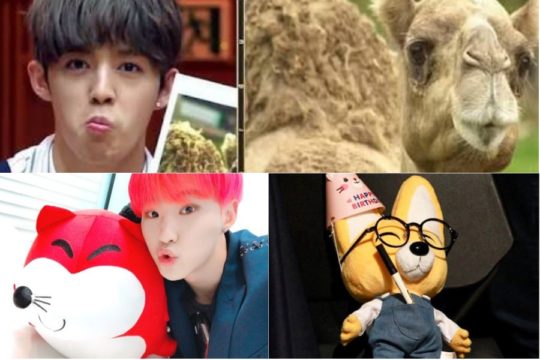 No, not in thaat sense.

These boys often turn to imitating animals when they need to show off their talents, and it never disappoints. In fact, they totally embody those characters so well that it’s hard to even tell the difference! We have Joshua Hong the worm, Jeonghan the giraffe, DK the pigeon, Wonwoo the fox, Hoshi the hamster, Vernon the bubble… Okay not that last one, but you get the idea.

The side that is so angelic…

Watch this and tell me it’s not the stuff of angels: 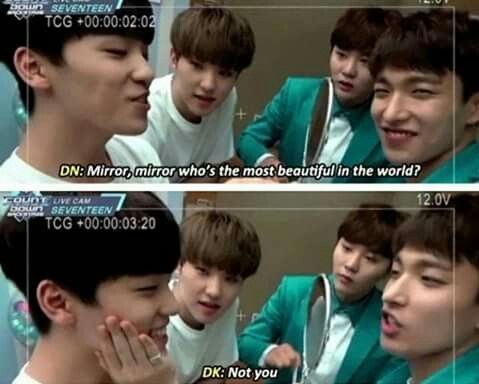 With so many members, SEVENTEEN has mastered the art of being considerate. They always make sure each member has a turn to shine and are very supportive of each other. That is, until their savagery peeks out. Mingyu is often at the receiving end of the savagery, but really, they shift their targets so much, it’s just a tangled web of predators and prey. 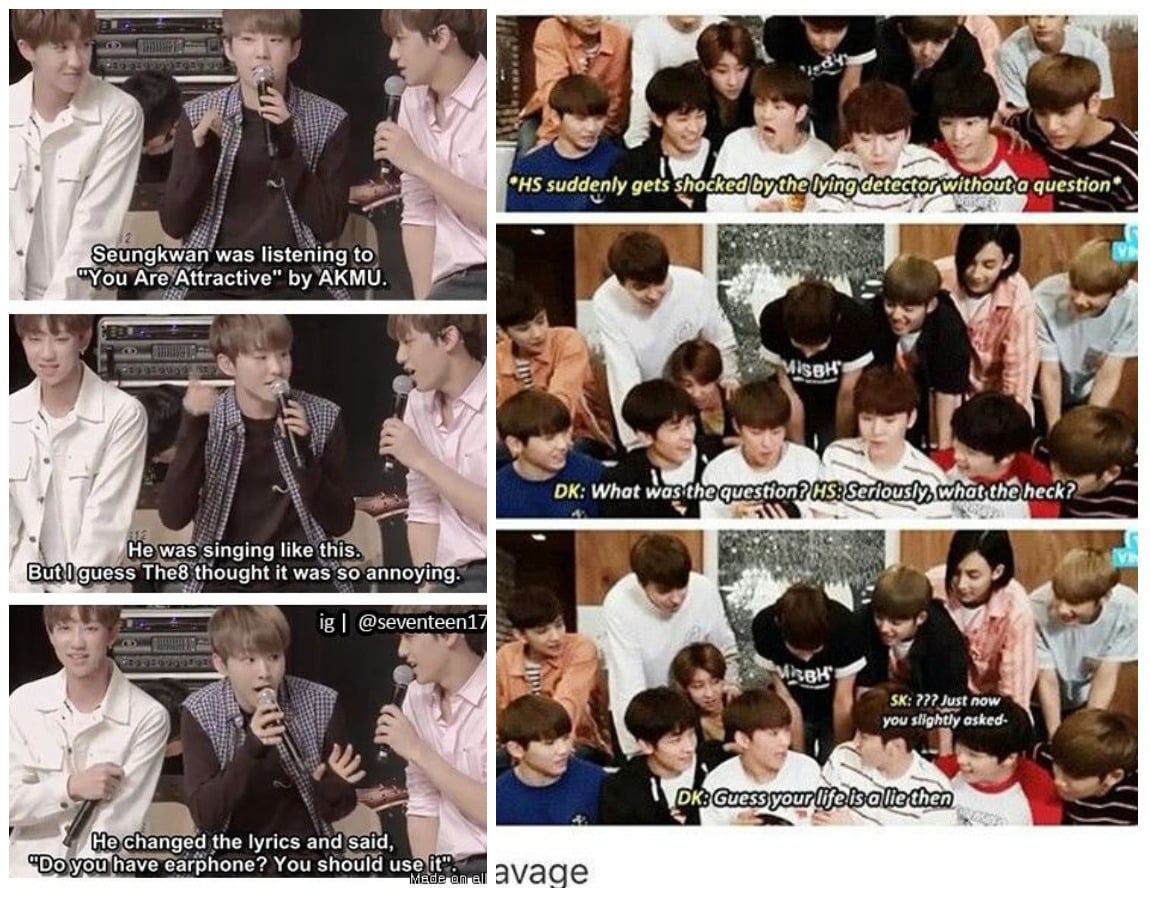 The side that really loves their fans

We all know how much SEVENTEEN loves their fans, especially with the amount of content they shower us with. Whether it’s popping onto V Live to say hello, or doing an Andromeda broadcast, the boys regularly check in with their fans. Even with their dance videos, there’s a part-switch version, a front-view version, a rear-view version, a close-up version, a Christmas version, and so on. And we all know if there’s going to be a side-view or upside-down view, we’re going to gobble it up too!

And let’s not forget how they change their choreographies just to keep things fresh for their fans:

The many variations are not just for their dances, but for their songs too. The different units often rearrange a song in their own musical styles, which means more awesome tracks for us. The downside? It’s easy to get the different variations mixed up, and as you can see from the following clip — both their main vocals forgot how to sing their debut song!

The side that is adorkable

Case 1: Seungkwan and Hoshi made up this silly lil’ ditty while poking fun at each other. Carats apparently loved it so much they went around singing it at events too! Guess Carats and SEVENTEEN are really made for each other!

Case 2: Vernon always has the best reactions. Here, he proves just how meme-worthy he is! 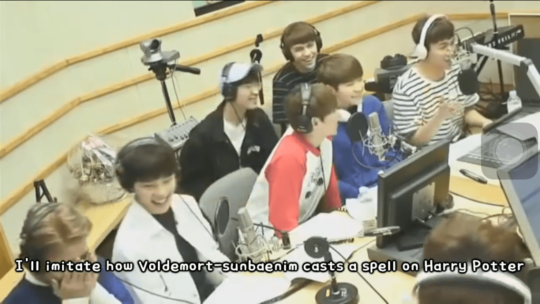 Why is Voldemort your sunbaenim, DK?!

The side that is oh so beautiful

There are so many pretty faces, yet so little time! But if we’re going to talk about beautiful, the honor surely goes to Jeonghan, who, when undergoing a lie detector test, admitted he sometimes thinks of himself as pretty too! And really, who can blame him, especially when he had flowing long hair in the early years. In fact, the public often confused SEVENTEEN as a co-ed group because of Jeonghan! 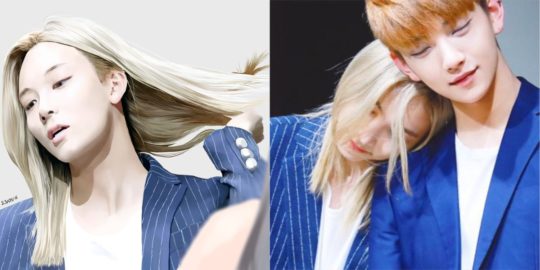 The side that bleeds girl group

Gorgeous long locks aside (seriously, what shampoo does he use?!), SEVENTEEN is practically a girl group in disguise. They’ve not only danced to a lot of girl group songs as a group, but they’ve also included a lot of these segments in their fanmeetings and concerts. Even recently, when Mingyu guested on “Unexpected Q,” you could see him and Seungkwan knowing all the steps to girl group songs. You go girls!

The side that is bromantic

With 13 members, there’s a lot of ships to go around; so much so that SEVENTEEN is basically a shipyard! And really, they’re all so adorable with each other and take care of each other so well, that it’s hard not to park yourself at the shipyard and watch all those ships sail all day long! 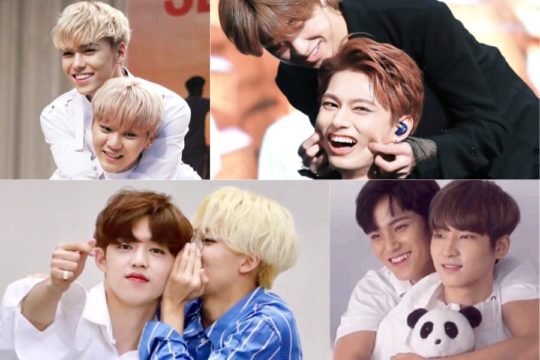 The side that is forever hungry

But despite the 101 ships in the group, the real OTP is between SEVENTEEN and food. These boys eat a loot, and if there’s food around (or even just crumbs), you bet they’ll be digging in.

The side that is…a contradiction

Woozi not liking skinship is a well-known fact. It’s often brought up during interviews, and the members themselves acknowledge it. But someone should really remind Woozi about it, because he’s practically a koala at this point. 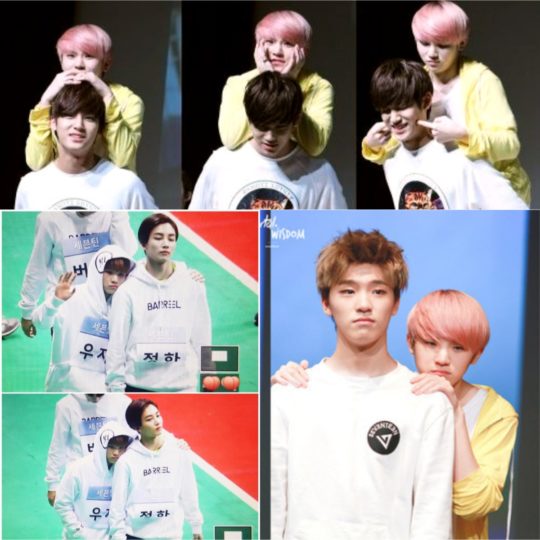 And Mingyu, the member who is the most MacGyver-ish and also happens to be the one “thing” each member wants to bring to a deserted island, is also the one most likely to trip while walking on sand or spill all the painstakingly collected coconut water. He is thaat accident-prone!

Or the member who loves lying down the most, a.k.a. sloth Jeonghan, is also the member who does sports better than most of the group! It’s an enigma wrapped in a conundrum, and we won’t have it any other way! 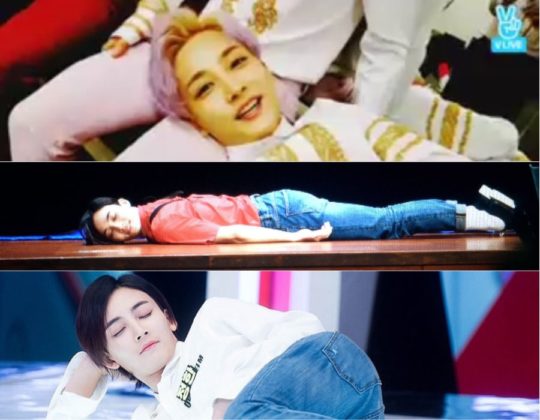 Jeon Wonwoo (from the hip hop team) is known to love singing ballads, so his nickname is actually Jeon Ballad.

Then we have those from the vocal team, like our main vocal DK, who loves (high-tone) rapping.

And let’s not forget our diva Boo, who can break it down just as brilliantly as anyone from the performance team.

DK and Hoshi have a running joke that never fails to amuse. They can slip into their adorable grandpa and grandma personas anywhere and anytime!

The side that wills things into existence 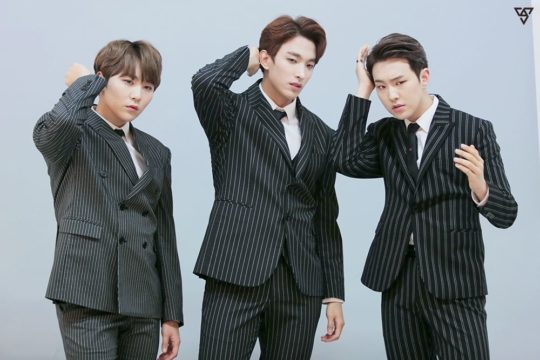 BooSeokSoon basically started out as a gag trio, which eventually materialized into an actual sub-unit of SEVENTEEN that actually promoted on broadcasts and everything! And how about Hoshi’s “Hurricane”? We’ve heard the phrase shouted many times over the years, so imagine the delight when Hoshi surprised us with the real thing! That, ladies and gentlemen, is the power of SEVENTEEN and Carats – the ability to will things into existence. Now, what’s our next goal?

How much do you looove SEVENTEEN? And how many times has your bias list changed at this point? Pop over to the comments, and let’s fangirl (or fanboy) together!

Belinda_C thinks SEVENTEEN has way too many charms to count! Someone save her from slipping further down! Like Shinhwa!

All-time favorite: “Running Man”
Currently watching: “Super TV” and “WHY NOT: The Dancer”
Looking forward to: SEVENTEEN on “Showtime”?

SEVENTEEN
Soompi Spotlight
How does this article make you feel?