NU’EST W held a press conference on June 25 to celebrate the release of their new mini album “WHO, YOU.” At the event, the members answered a variety of questions about their new album, their eight-month break since “W, HERE”, and the love they have for their fans. 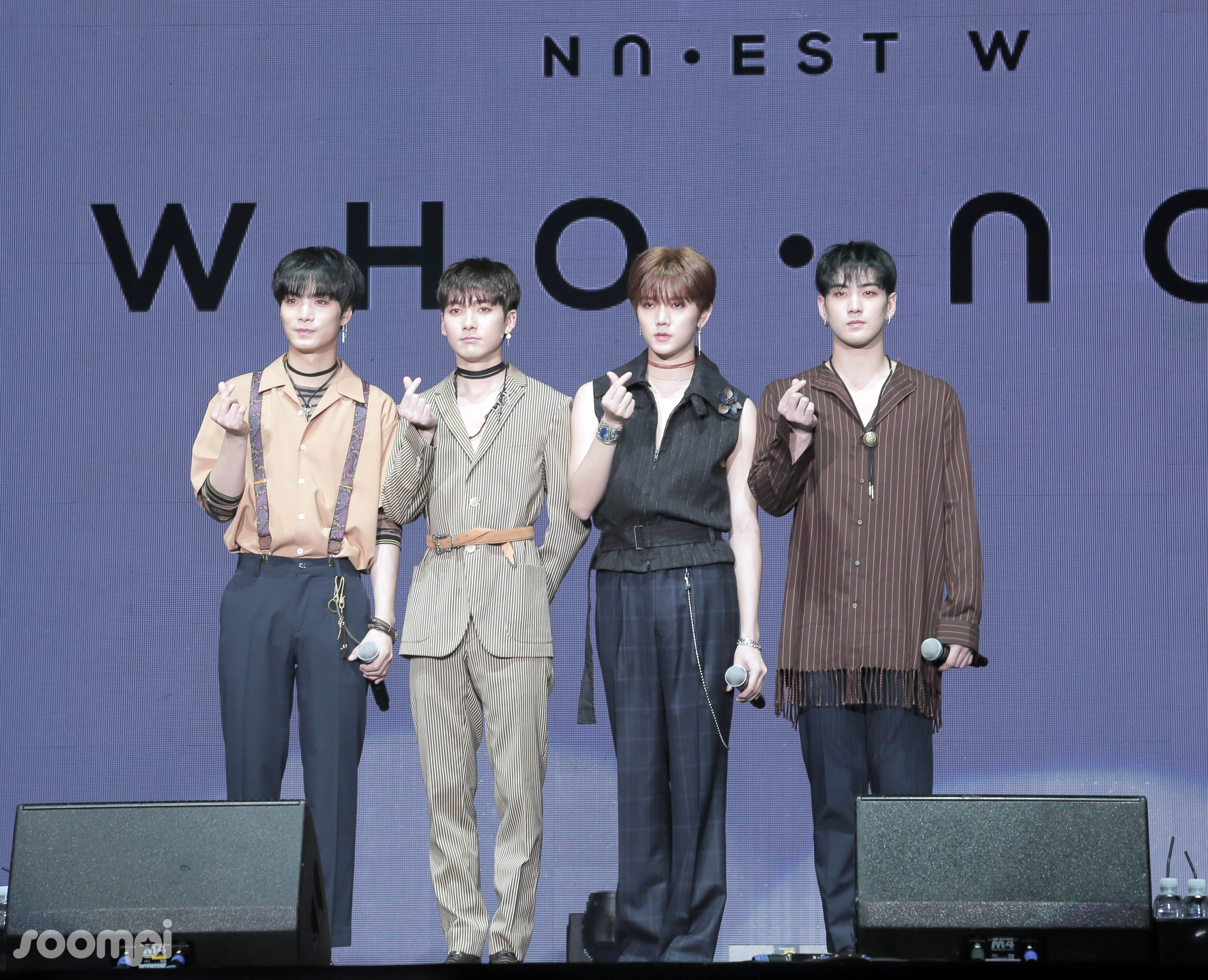 The new album mixes together the past and present of NU’EST W’s story into one space. Members Baekho and JR participated in writing the lyrics for all of the songs in the album, and Baekho also co-composed most of the tracks including the title track “Dejavu.” From the EDM track “Signal” to the ballad “Polaris,” the bright and upbeat “ylenoL,” “Gravity&Moon,” and “Shadow,” the new album has a lot to offer. JR explained, “We wanted to make each song a different genre because we wanted to make sure that everyone could find a song in the album that they enjoyed.” Ren expressed his pride in the group’s ability to write their own music as he said, “I think that’s what helps us retain our unique color. The members always do their best for every album.”

When asked if they did anything special to prepare for their new album, Aron replied, “We practiced especially hard because this is the first time we’re trying out the Latin pop genre, so I hope people will love it.” JR added, “We didn’t just focus on one aspect, we really worked hard on our music, choreography, and visuals to create the best album possible.” Aron described their album as their best work yet, while JR compared it to a three-leaf clover, explaining, “It [three-leaf clover] signifies happiness. I hope that our album will bring happiness to a lot of people.”

Baekho played an integral role in the creation of the album, having a hand in both composing and writing lyrics for almost every song. When asked where he got his inspiration for his music, Baekho said, “‘Dejavu’ was the first song I wrote for the album back in February. Along with BUMZU and one other person, I traveled to Saipan to work on the song because I wanted to write the song in a relaxed space.” The members also explained why “Dejavu” became the title track as JR said, “Every time Baekho writes a song, he asks for our opinion on it. Out of all the songs he showed us, we felt that ‘Dejavu’ fit best with the overall story we wanted to tell as a group.”

Revealing that he also drew inspiration for their sub-title track “Polaris” in Saipan, Baekho explained, “In Saipan, there’s a location where you can lie down and see the stars. They don’t let you turn on car lights or your phone so it’s really dark and you can see the stars very well. There are a lot of shooting stars that fall there, and I wanted to use that as a concept for one of the songs. I came back to Korea and started writing it, and that’s how ‘Polaris’ was born.” 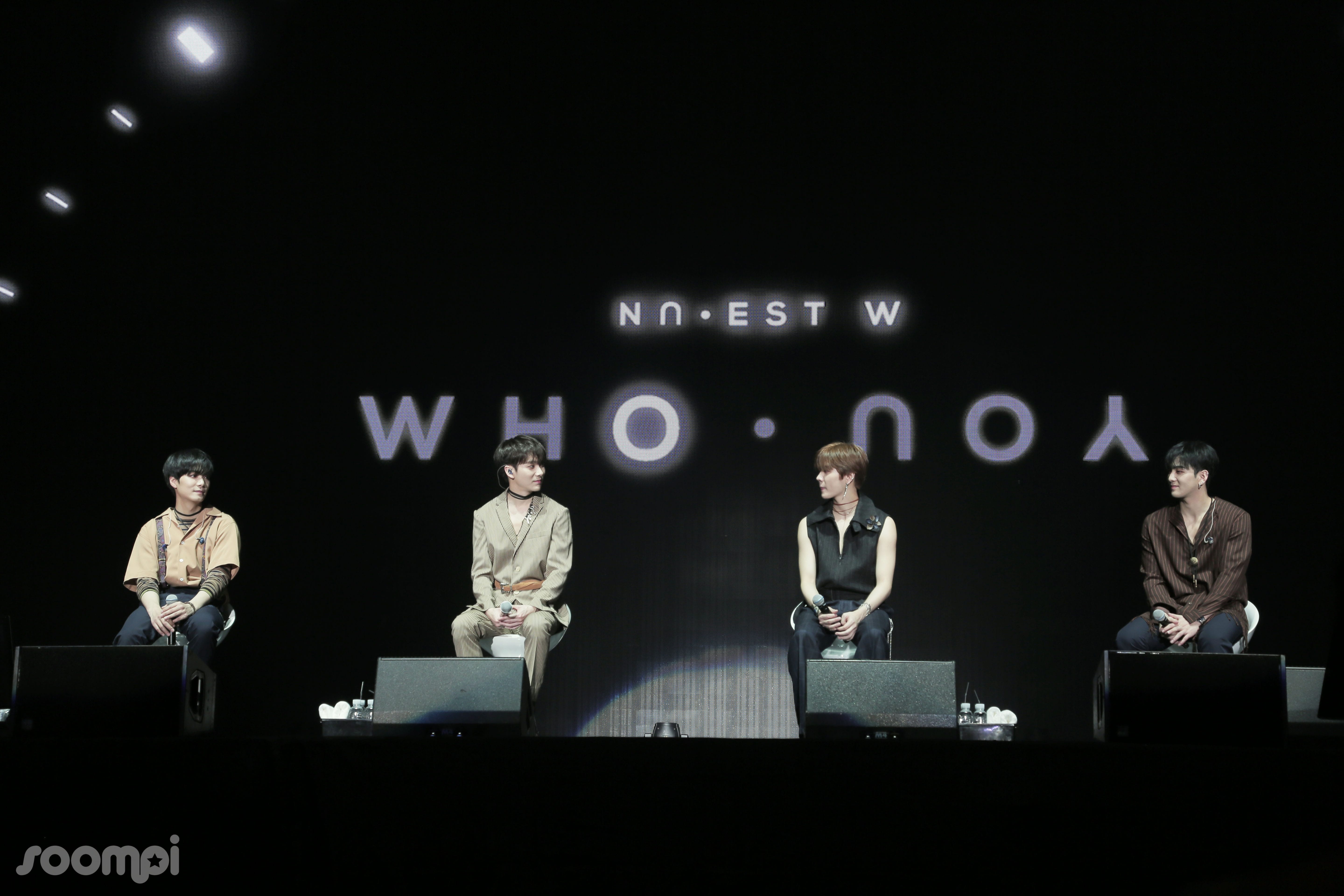 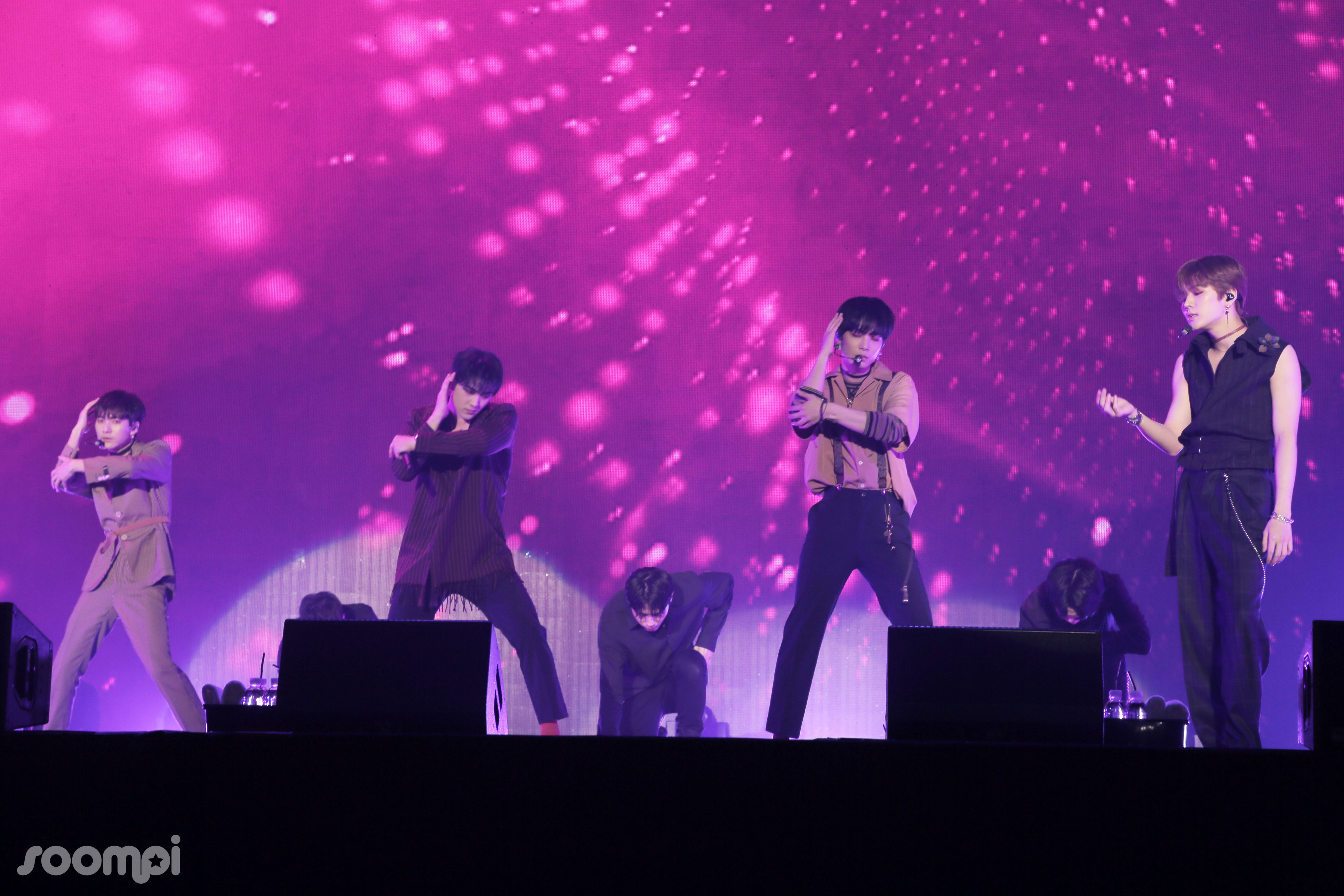 There has been an eight-month gap between their new album and their last release “W, HERE”, and the members were asked wether they felt any pressure about returning after a relatively long break. JR said, “Rather than feeling pressured, we were so happy that we had so many fans waiting for us. It actually helped us enjoy the process of creating the album more.” Baekho added that rather than feeling stressed about trying out a new genre for their title track, they were more excited to see how people would react to the new challenge they were taking on.

NU’EST W also expressed a great deal of love for their fans, with Ren sharing how they had stayed connected with fans through regular video uploads, interactions on the official fancafe, and other special events such as the billboard advertisement in Times Square and surprise appearances at subway stations. JR mentioned how he had visited some of the advertisements fans had put up for his birthday and said, “Our fans do so much for us, and we always knew that they were probably curious about whether we see all they do. And that’s why I decided to walk around and see all the ads myself.”

The members concluded by sharing their goals for this comeback. JR said, “Our biggest goal is for our fans to be happy and feel happiness every day through our music and album. Being able to achieve that would be a great honor for us. We want to be a source of energy to the people we meet. Winning at a music show would be amazing as well.” Baekho, “Because we had so much fun preparing this album, I just hope we have as much fun promoting it, and I hope that people listening to our music will enjoy it as well.”

While on the subject of music show wins, the members also shared what they’ll do if they get a win for “Dejavu.” They mentioned how for “Where You At,” they had filmed a dance practice video in costumes and switching parts with each other. The members said they didn’t feel like they’d done enough, so they talked about taking things up a notch, such as changing their hair and makeup, if they film a similar video again for “Dejavu.” 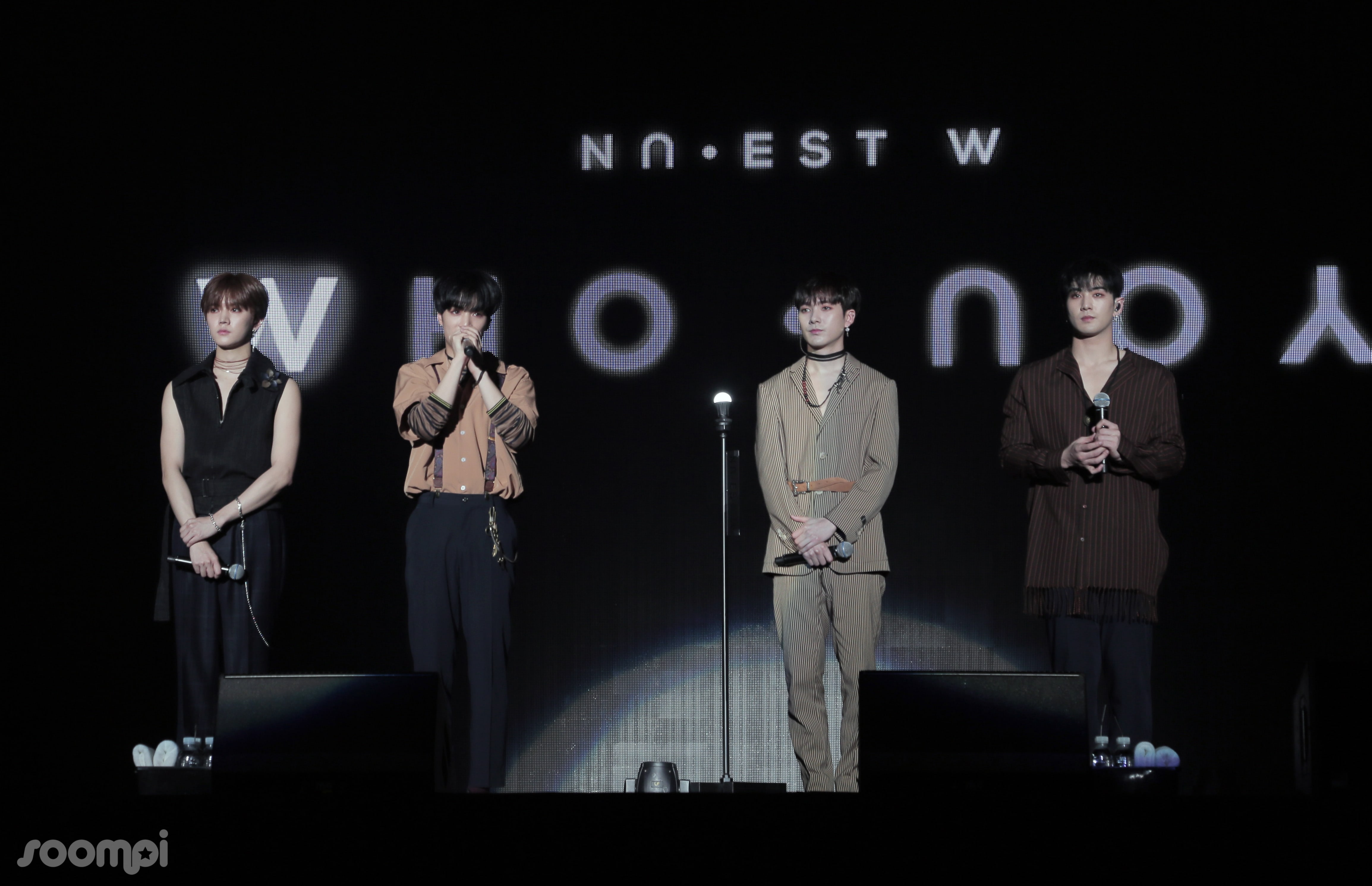 Soompi Exclusive
NU'EST W
How does this article make you feel?