The upcoming Korean film remake of “Jin-Roh: The Wolf Brigade” released five character posters ahead of its premiere.

The film is a remake of a popular Japanese animation movie of the same name. It is set in the year 2029, when North and South Korea are on the verge of reunification after having prepared for the process for five years. However, this is disrupted when a terrorist organization opposing reunification appears and a special police unit as well as a government task force rises to counter them. Amidst all this chaos, human weapons known as “man-wolves” emerges.

Kang Dong Won will play Im Joong Kyung, a member of the most elite troop in the special forces. His poster reads, “It’s my job. I will deal with it.” Han Hyo Joo takes the role of Lee Yoon Hee, the sister of the girl who dies in a suicide bombing in front of Im Joong Kyung. Her poster says, “I feel the most bitter about not knowing who to blame.” Jung Woo Sung looks conflicted in his dark poster that reads, “We are not men disguised as wolves; we are wolves disguised as men.” He will play the character Jang Jin Tae who is the chief of training for the special forces. 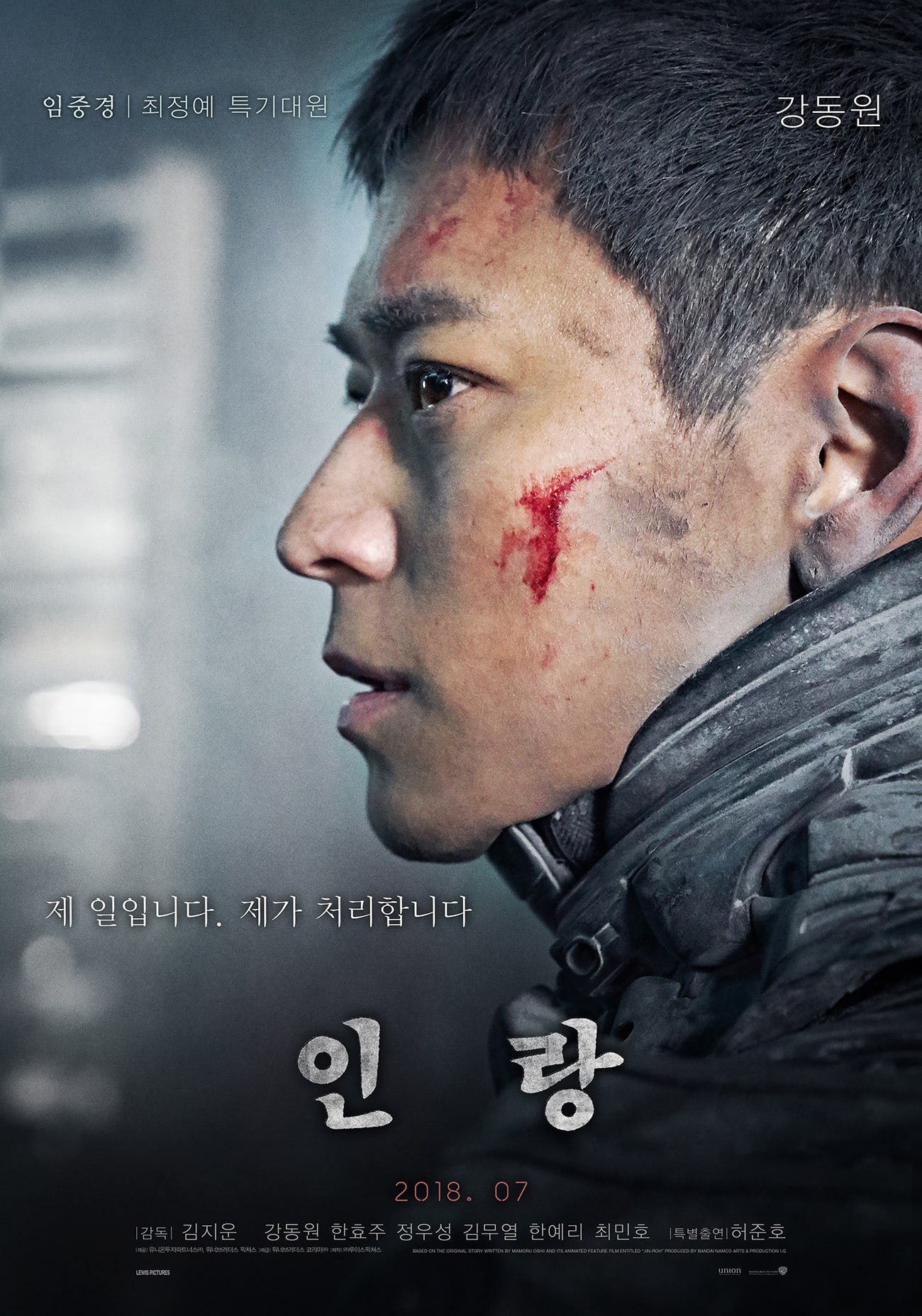 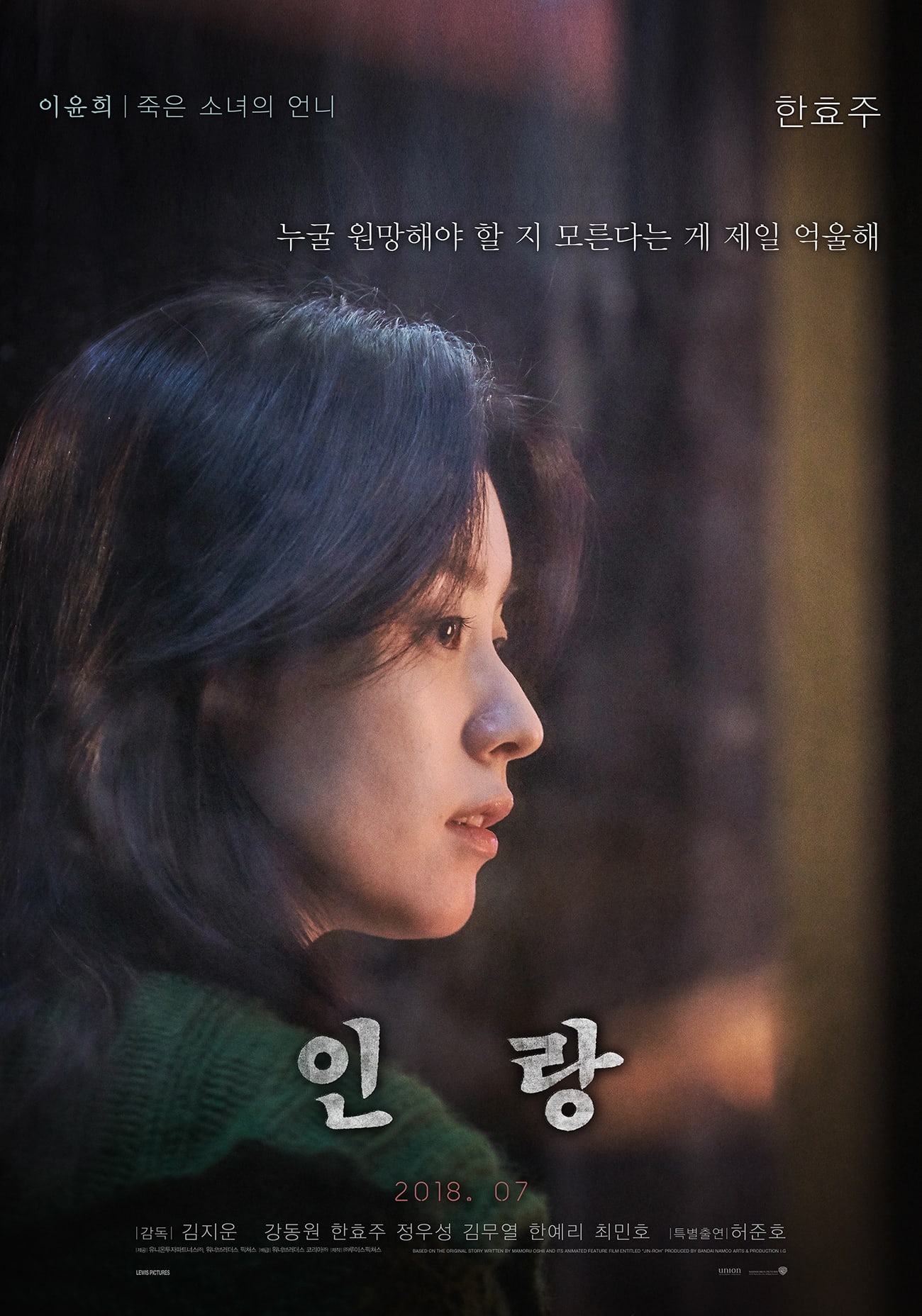 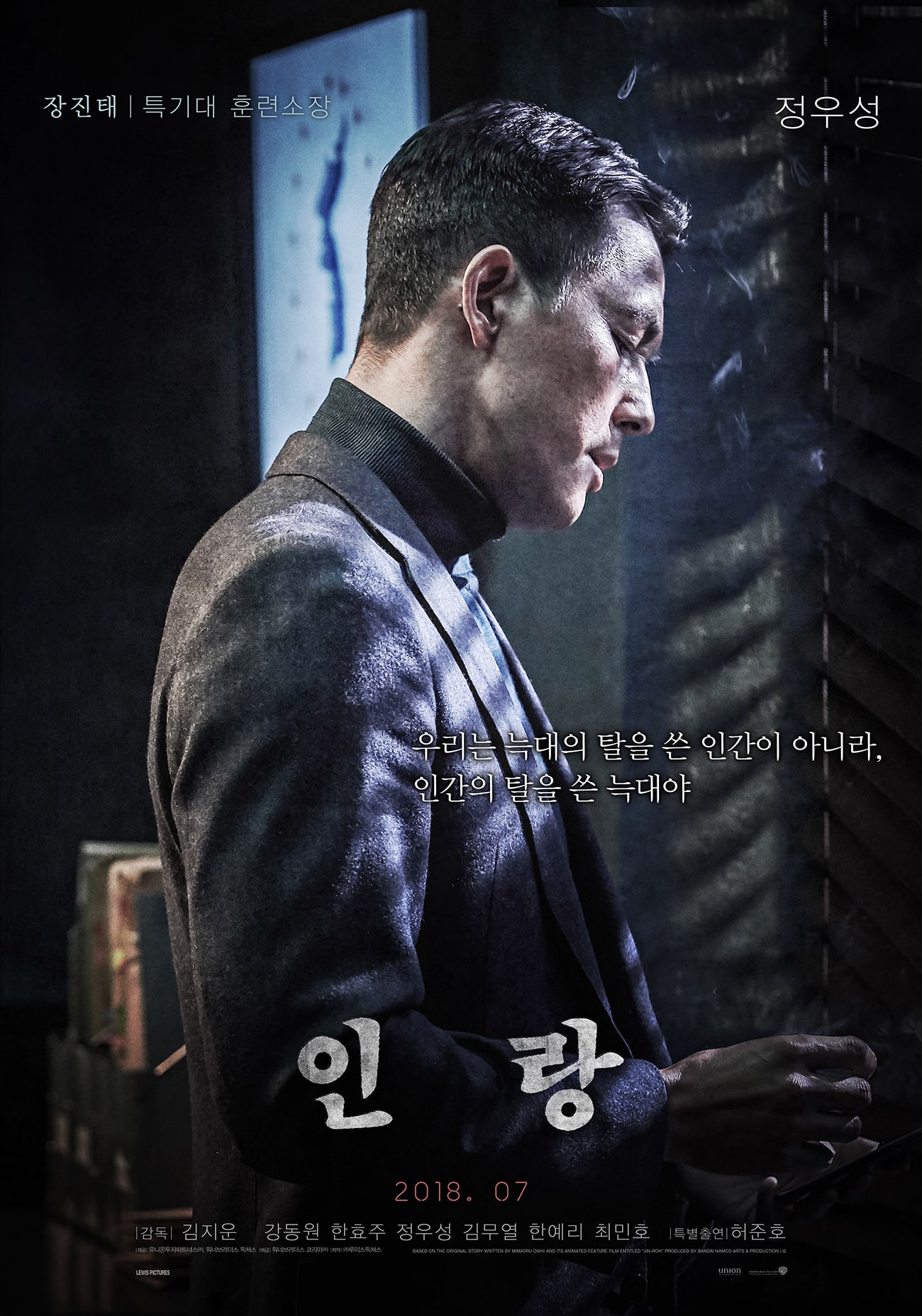 Actor Kim Moo Yeol is Han Sang Woo, the deputy head of the public security department who was also in the special forces with Im Joong Kyung. Han Sang Woo and Im Joong Kyung will add to the tension of the movie by moving back and forth between kind friendship and hostile animosity. Kim Moo Yeol’s poster says, “Come out, Im Joong Kyung! We have to walk through the fires of hell together.” 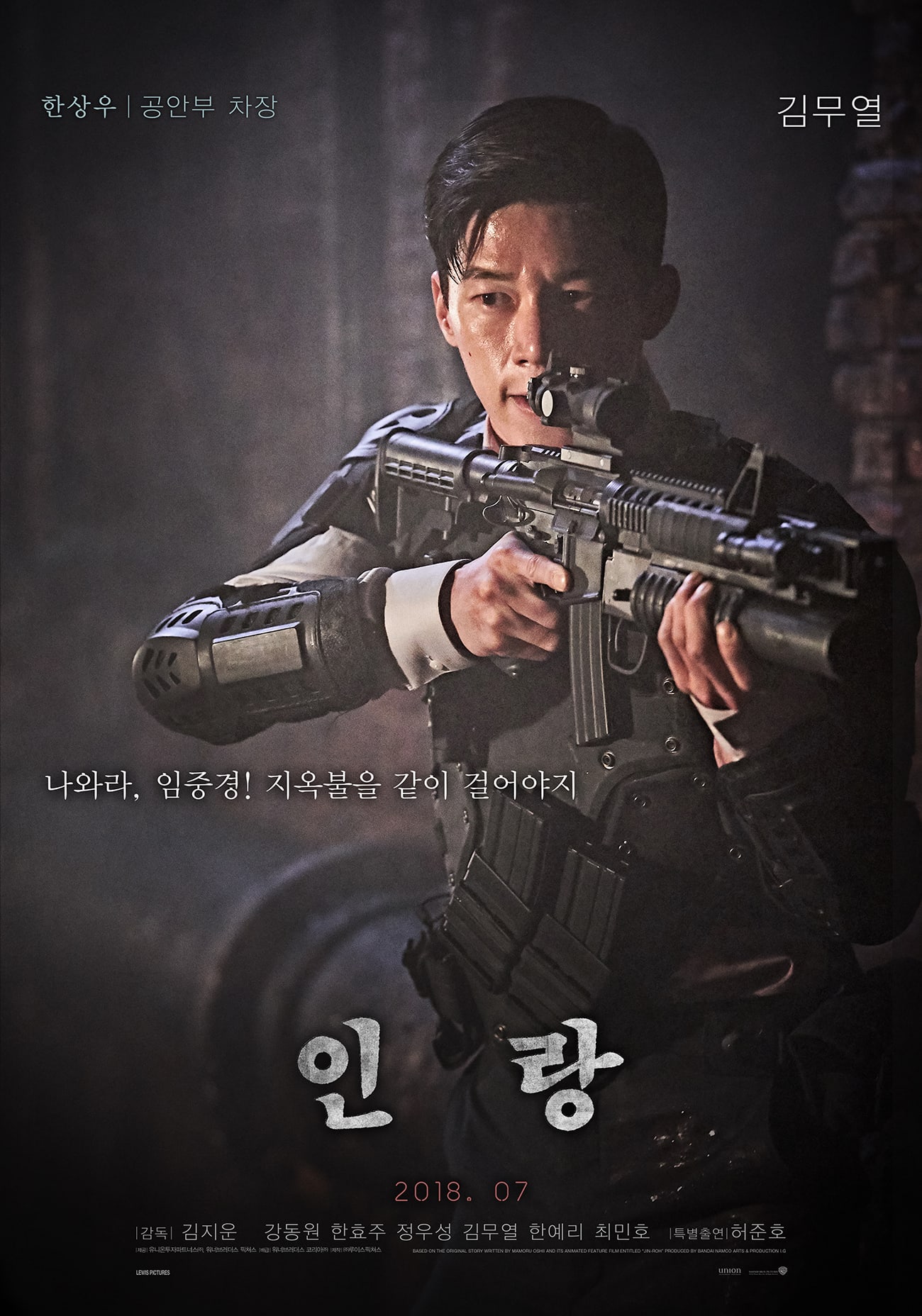 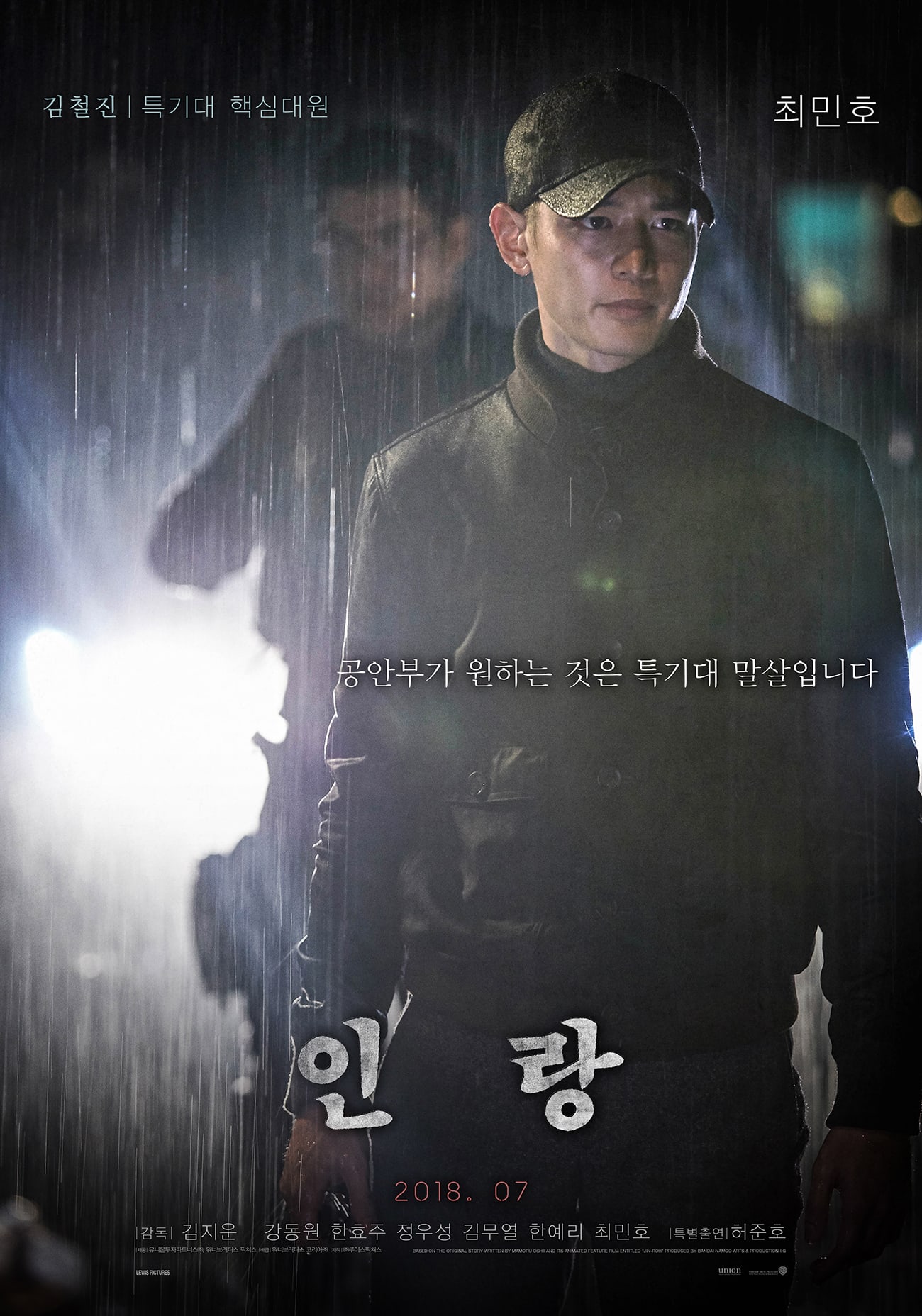 You can watch the suspenseful teaser here.