There are a multitude of K-pop music videos that include elements of science fiction, whether it’s a dystopian plot, a cameo by an extraterrestrial being, or just a futuristic set to dance in front of. But only a few MVs have gone above and beyond with the sci-fi, taking this theme to the next level. We’re talking romances with robots, laser fights on foreign planets, and technological fantasy worlds. If you want to see the very best sci-fi that K-pop has to offer, then read on!

VIXX first experimented with sci-fi in their music video for “On and On,” but they amped it up in “Error,” which follows Hongbin as he recreates the woman he loved, in cyborg form. The MV’s tragic ending is fitting for the sorrowful song, although we’re still trying to find an explanation for Ravi’s bizarre hat.

A masterful hybrid of fantasy and science fiction, WJSN’s music video for “Secret” embraces space travel as its main theme. The MV’s gorgeous color palette and CGI make it an aesthetic delight that you definitely shouldn’t miss!

3. “Someone Met By Chance” — LEDApple

The guys of LEDApple build the perfect robot girl in “Someone Met By Chance,” but can she survive in the face of another woman’s jealousy? The members went all out for this MV, even upgrading their instruments with a futuristic look to match the science fiction theme!

With their unique element-manipulating powers and other-worldly origins, EXO’s entire group concept has a distinctive science fiction flair. So naturally, their debut song introduces the group through various sci-fi elements: displays of their powers, chanting in cult-like robes, and a dope prologue recited by a dramatic voiceover.

This solo release from JYJ’s Junsu combines various sci-fi elements to an especially artistic effect: Junsu sits atop a throne in a fantastical palace, surrounded by whimsically-clothed attendants. From the decapitated robot head to the electric blue liquid Junsu spits up, the MV is rife with symbolism, lending itself to a multitude of interpretations and theories. 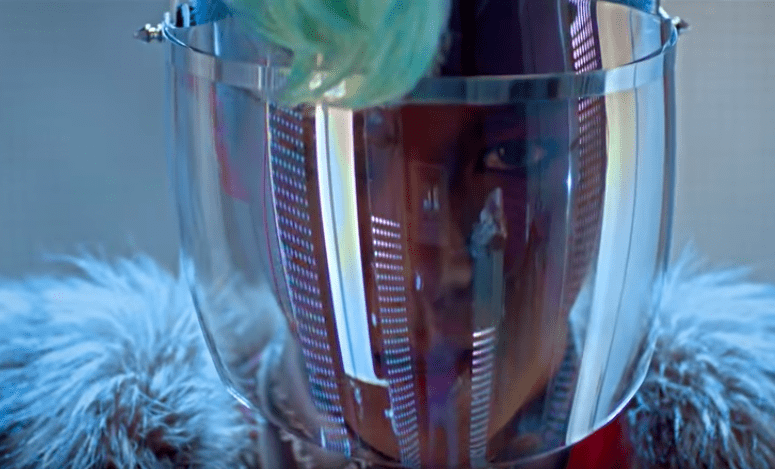 The music video for BIGBANG’s “Fantastic Baby” was a massive hit, with over 350 million views and counting. The dystopian-themed MV has a distinctly sci-fi aesthetic, from the guys’ futuristic headgear to the spectacular thrones atop which they lounge. In true BIGBANG fashion, the video devolves into a dance party by its end. 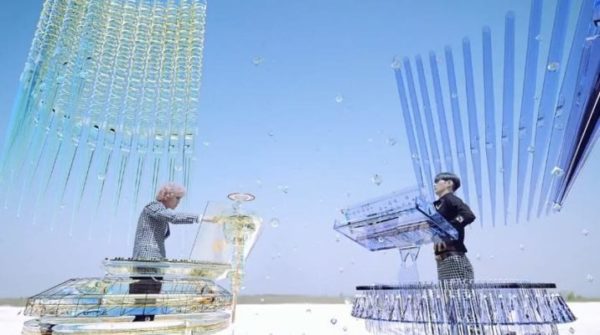 ToppDogg (now known as XENO-T) got creative with elaborate holographic screens in their MV for “TOPDOG.” We won’t pretend to understand what the guys are doing with them, but we admire the creativity in this futuristic MV!

The MV for this catchy hit from TWICE is out of this world, as the girls try to communicate their feelings to their extraterrestrial crush. Complete with supernatural powers, a UFO, and funky retro outfits, it’s a fun twist on the classic alien sci-fi theme. 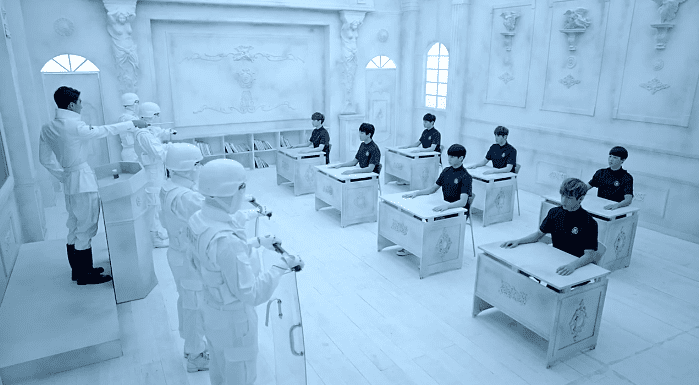 BTS went for a dystopian concept with “NO,” in which the members stand up against the grueling educational system. While they start out acting almost like robots in a rigidly structured classroom, they soon rebel and say “NO,” becoming free thinkers in this dystopian world.

“Day by Day,” and its sequel “Sexy Love,” is a science fiction movie in its own right — the MV clocks in at over 15 minutes long! But between the badass motorcycle trips and the well-coordinated fight scenes, this dystopian music video will keep you hooked with its drama.

The MV for “Power” is pure science fiction fun: the guys of EXO adorably (and somewhat clumsily) attempt to defeat a robot on a strange comic book planet. We don’t fully understand the intro, Baekhyun’s final scene, or why there’s a video game-playing cat in outer space, but we can’t help but smile throughout this whole video!

GFRIEND’s “Fingertip” features a collection of fantasy elements, starting off with an out-of-body experience that takes us through a whimsical journey to outer space, with some laser-gun duels along the way. 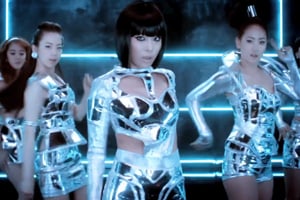 The Wonder Girls combined robotic and extraterrestrial themes for their 2012 English track “Like Money,” suiting up for a sleek futuristic look. They know how to make sci-fi sexy! 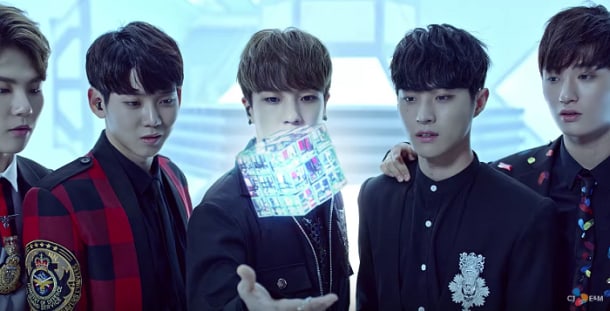 BOYS24 brought together a variety of sci-fi elements for this fun futuristic set. The MV is filled with glowing lights and imaginative technologies, but our favorite is definitely the earpiece that changes their outfits at the touch of a button. It’s the perfect accessory for any busy K-pop idol!

Finally, 2NE1’s “Come Back Home” is the ultimate science fiction MV: set in a dystopian future in which people spend more time in a computer-generated fantasy land than in the real world, the MV follows the girls as they become champions for humanity.

Hey Soompiers, which sci-fi MV is your favorite? Let us know in the comments!