On June 28, UNB held a special showcase for their 2nd mini album “Black Heart” at the Blue Square Kaos Hall in Seoul.

The title track was produced by Ryan Jhun and LDN Noise. Finding inspiration from “The Great Gatsby,” it mixes 1920’s jazz and modern day EDM. The song uses Latin-infused sounds in the backdrop, and is about betraying one’s feelings of harboring an “evil heart” towards a charming soulmate. Those who participated in “The Unit,” like Hwang Jungha, IM’s Hangyul, DIA’s Jooeun, and S.I.S’s Anne, appear as special guests for the song’s performance.

UNB member Eujin commented, “We did end up urgently getting ready [for promotions].” Because our team was born out of the abundant love of fans, I wanted to meet the fans as soon as possible. Because there’s a set contract period for us, I really wanted to see many fans as quickly as we could.” 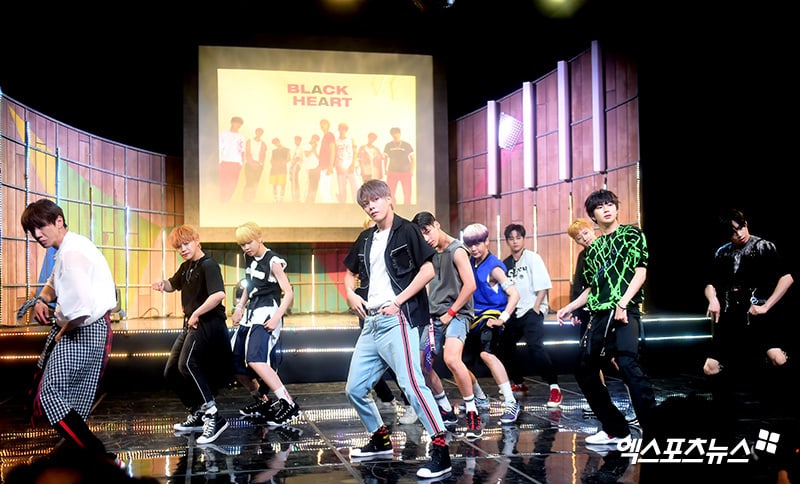 He continued, “Just like there are feature [artists] in songs, we thought it was important for the performance itself to also have talented guests as well. After hearing these four people’s names, I was pleased and grateful. I want to thank the four guests who readily accepted. As the strength of ‘Black Heart’ is in the performance, I tried to prepare hard for it.” 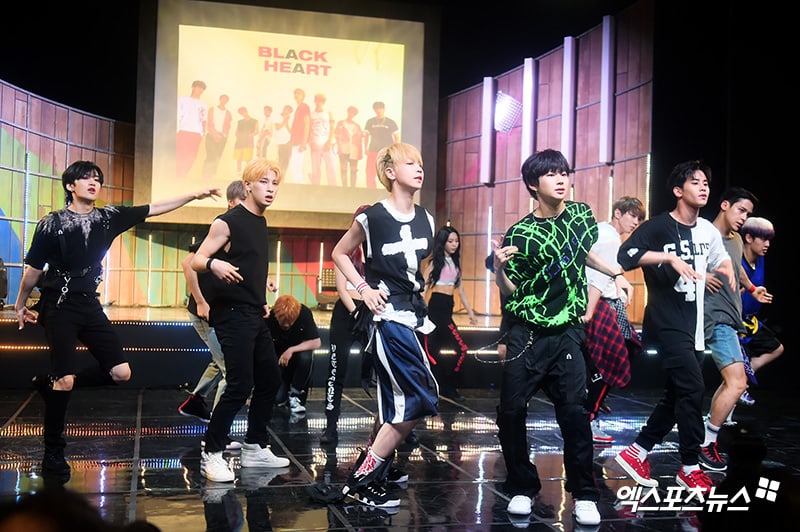 The four guests, who also attended UNB’s showcase event, added their thoughts as well. IM’s Hangyul said, “Because we all participated on ‘The Unit’ and were like a family, I participated in the performance with the mindset of wanting to support the boys. Hwang Jungha also commented, “Before they are UNB members, they are my close older and younger brothers, so I was able to gladly participate. Although I might be lacking in some areas, by thinking that I could be of even the tiniest help to UNB, I was able to accept.”

DIA’s Jooeun also added her thoughts about participating in UNB’s performance, saying, “DIA wasn’t able to show these types of performances, so I wanted to learn by working with UNB, a group whose strength lies in their performances. I thought if I showed some other sides to myself, the fans would also appreciate it while watching things in a different way. I wanted to learn and be helpful, so that’s why I ended up participating. I learned a lot from UNB and had fun preparing for it.”

Anne shared, “I didn’t have much chance to meet the members during ‘The Unit,’ and could only see them during the contest, but I felt a lot of respect after I saw Feeldog and the other members preparing the the stage. I accepted without hesitation because it felt like I could show a different side of myself that hadn’t been seen from my group, S.I.S.”

UNB made their comeback through Mnet’s “MCountdown” on June 28.