Lee Joon Gi will be standing in the courtroom for the last time in the grand finale of tvN’s weekend drama “Lawless Lawyer.”

“Lawless Lawyer” has followed the story of Bong Sang Pil (Lee Joon Gi), a lawyer who uses both the law and his fists to enact justice. The final episode will follow him on his quest for vengeance against the evils of society. Knowing who was behind the murder of his mother, Bong Sang Pil is out for blood and he sets his sights on the person who stands in the center of all of his troubles. 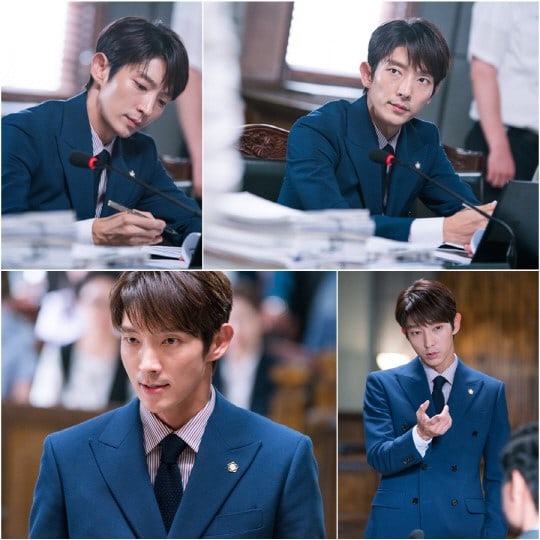 The new stills show Bong Sang Pil looking cool and collected as he stands in the courtroom. The determined look in his eye shows just how much is at stake for him. Whether he’ll be able to succeed in the plan he has set, and whether justice will prevail against those who have wronged him will be revealed as “Lawless Lawyer” draws to an end.

The final episode of “Lawless Lawyer” will air at 9 p.m. KST on July 1.