Hwasa and Wheein talked about their friendship that goes all the way back to middle school.

During the episode, pictures of Hwasa and Wheein in middle school were shown along with a video of them performing at their school festival. After watching the video, Jung Eun Ji and others commented how their talents were so evident even back then.

Shin Dong Yup remarked, “You two must be so happy. You were able to achieve your dreams with your best friend.” Kim Heechul added, “It’s even more amazing since it’s so hard for two people who have been friends since they were young to become a part of the same group.” 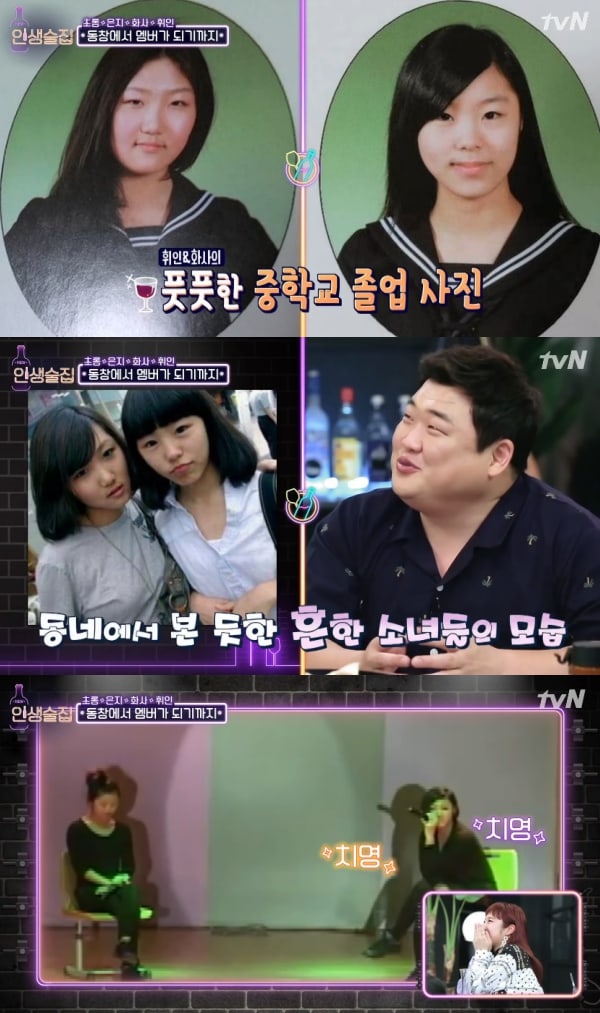 Hwasa commented, “When we go abroad for our schedules, we still get goose bumps. We think about what would have happened to us if we didn’t share this dream together.” Wheein and Hwasa also explained how they had gone around to auditions together and had been inseparable.

When MC Han Hye Jin commented that one of them could have ended up not becoming a singer, Hwasa continued, “Wheein has never said this directly to me, but from what I could tell, Wheein and I both had this conviction about ourselves. I could see that we both thought, ‘I will make it.’ We were determined to go to Seoul and become singers. It’s not guaranteed that you will be a singer just because you move to Seoul. However, the now-director at our agency allowed us to debut together.” Wheein commented, “That’s right, we were really lucky.”

Hwasa shared, “Since we have been relying on each other for quite some time in Seoul, we have no problem talking about really personal things.”

MAMAMOO
Hwasa
Wheein
Life Bar
How does this article make you feel?