B1A4’s Sandeul has been confirmed as the next DJ of the storied MBC radio show “Starry Night”!

On July 6, it was announced that Sandeul would be taking over as the DJ of the program starting on July 9. The idol will be following in the footsteps of former DJs Kangta, Younha, Baek Ji Young, Lee Hwi Jae, Ock Joo Hyun, Lee Juck, and Lee Moon Sae.

Sandeul expressed his amazement at fulfilling one of his longtime dreams, remarking, “Even before my debut, one of the things I truly wanted to do was to become a radio DJ. I’ve accomplished that dream sooner than I’d expected, and it’s still hard to believe that it’s true.”

The singer has reportedly been seeking out the DJs of other MBC radio shows in order to ask for their advice. 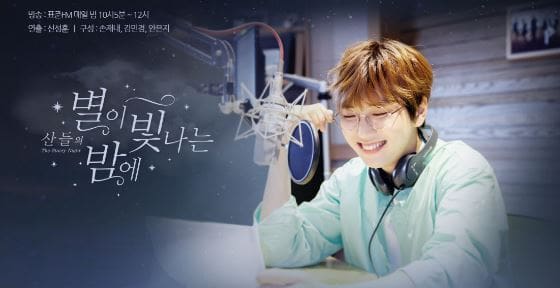 “Starry Night,” which began airing in 1969, will celebrate its 50th anniversary next year. The program airs every night at 10:05 p.m. KST.