Korean cinema has been making waves for years, with movies that make our hearts sink or race and our jaws drop and movies you can’t stop talking about that inspire western remakes you can’t stop complaining about. But there are also some Korean movies that make you think which have interesting commentary of the state of the world today in Korean society and outside of it. These are some of those movies. 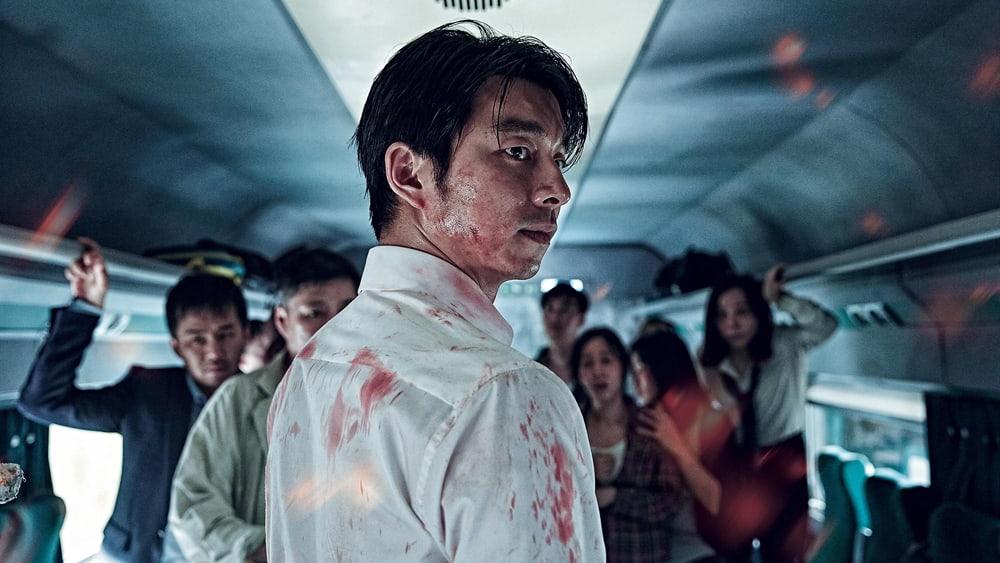 “Train to Busan” is an action packed, rollercoaster ride of awesome zombie kills, make-up, performances, shock, and gore, not to mention it’s well written and delivered, the cinematography is… okay, I like this movie. But it’s not just an action movie, it is a thoughtful commentary on something Korea has unfortunately had to witness too many times: people in positions of power being untrustworthy and selfish, corporate business and government being responsible for a lot of death and destruction, and people prioritizing money and power over the safety of regular people. The Sewol Ferry Disaster, the Sampoong Shopping Mall Collapse, the 2015 MERS outbreak, all tragedies that could have been prevented had those in power not been greedy and selfish, are influences on the characterization in “Train to Busan.”

We see rich business men throwing children in front of zombies to save their own skin, professionals keeping important information about a virus under wraps to avoid facing judgment themselves, and a lack of government presence to rely on for help or assistance. It’s the regular people — a dad, a pregnant woman, a child, a teenage couple — who suffer the most and have to stand up and be heroes, something Korean people have become familiar with in the past. 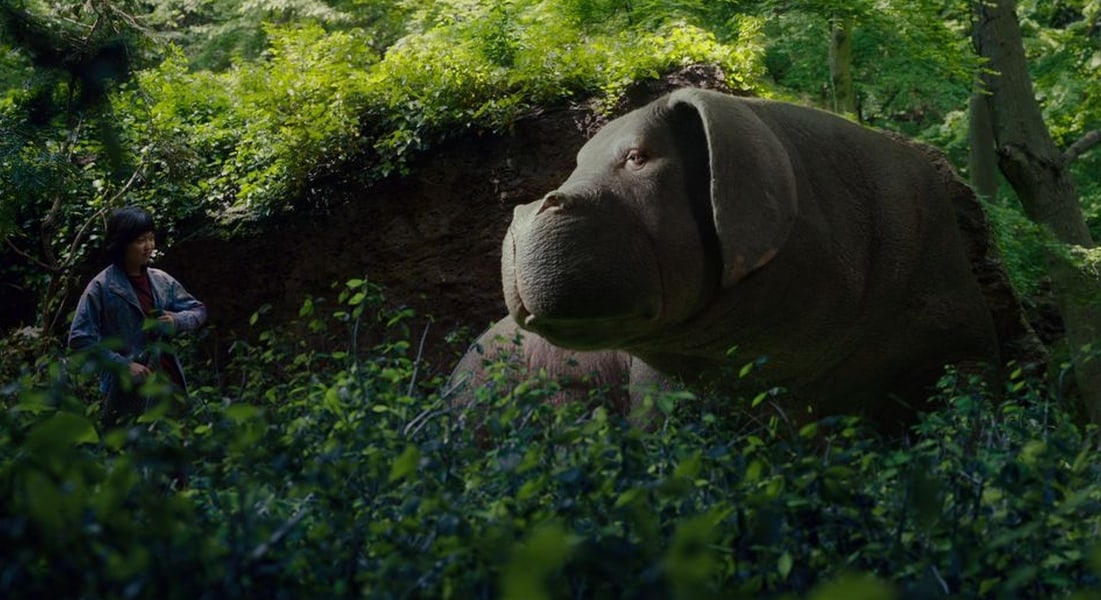 Ahn Seo Hyun will break your heart in her performance as Mi Ja, an innocent country girl whose love for her pig-like friend is pushed to its limits in a dramatic commentary on the cruelty of the meat industry. The movie starts with a frighteningly pleasant promotional film for a new eco-friendly farming enterprise, giving small town farmers a new species of pig that can grow much larger than the usual. Mi Ja, the daughter of one such farmer, has of course grown very close to her companion as they both grew up together, and so when the company that technically owns Okja (the pig-hippo-disney character) comes to collect, Mi Ja tries her darnedest to win her back, running away from home, escaping to the city, and joining a gang of animal rights terrorists who vow that they share her good intentions.

Essentially, the movie uses a cute animal with a lot of character paired with a cute little girl to pull at your heartstrings and make you feel bad for eating that hamburger. The movie quickly opens your eyes to acts of unthinkable cruelty that should come as no surprise, since this is the reality of the meat industry, but it does surprise, because now we’re seeing Okja suffer and we don’t know why.

Like Cruella De Vil in “101 Dalmatians,” the antagonist in “Okja” is single minded; played by the wonderfully weird Tilda Swinton, she can see no alternative to her meat enterprise and the money and success it will grant her. When Mi Ja begs for the life of her friend, it means nothing to big corporate business; it’s just one pig and pigs are only good for meat. Even the animal rights terrorists are looking at a bigger picture, and Mi Ja and Okja are simply a cog in the process of achieving it. The animal is the by product of everyone else’s intentions, and even in the movie itself, Okja is the victim but Mi Ja is the focus. 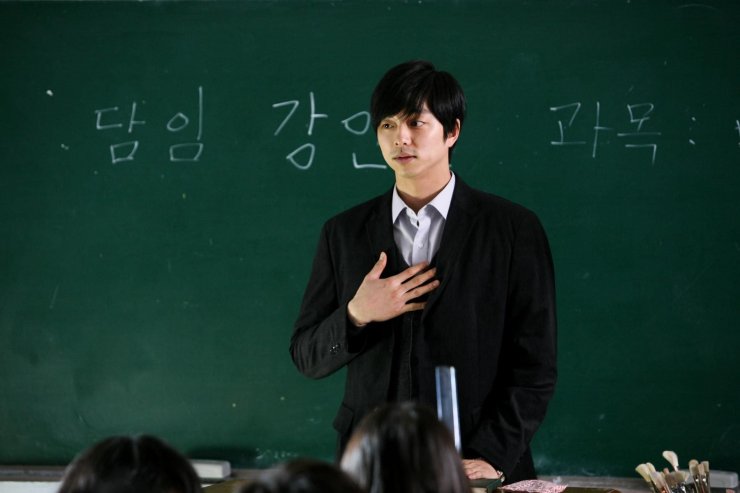 This movie, based on a novel of the same name by author Gong Ji Young — which is in turn based on true events — is not just a commentary on Korean society but was also an influence on it, making a real difference after huge success in the box office. The story follows Kang In Ho (played by Gong Yoo) as he starts a new job in a boarding school for children with hearing impairments. He has his own personal struggles that show he is in a difficult position to make any real decisions in the school, and as a new teacher especially, he is expected and encouraged to toe the line and follow in the footsteps of those above him. In an especially eerie fashion, the true darkness behind the school’s administration is slowly revealed, and Kang In Ho is forced to decide between his and his family’s welfare and that of his wards, the children he has been entrusted to teach and protect.

The themes of child abuse in this movie are heart breaking and difficult to watch, but it is possibly the visceral portrayal of true events that called audiences to action after watching. The details of the true events behind the movie are far more harrowing than those shown on screen, and until the release of “Silenced,” those responsible had yet to be appropriately punished. Some of the offenders were given jail time when their actions were revealed to the authorities, but others were able to remain as teachers at the school. In many ways, the establishment continued on as though nothing had happened. Due to the statute of limitations in Korea at the time, many of the offenses could not be punished, and it’s these details that enraged viewers, calling on the government to make big changes in the way teachers are initially screened for criminal offenses and how child abusers are punished in the future. 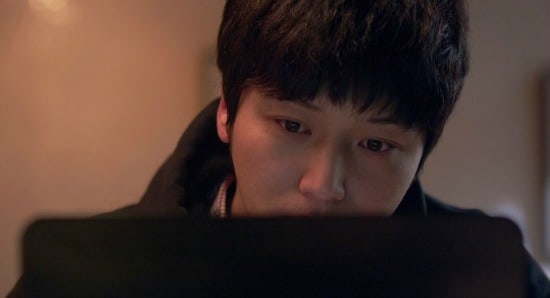 For the quiet, sometimes slow and contemplative movie that “Socialphobia” is, it certainly starts out fast and furious! The news of an army deserter taking his own life goes viral and the citizens of the net pipe up with messages of regret and sorrow. Unfortunately, well-meaning tweets often go unnoticed, and it’s the more hateful comments that garner attention, which is the case here. When a young woman writes cruel, abusive comments about the soldier, young men online take notice and band together to shame her and insist on an apology. Someone leaks her information online and they decide to pay her a visit, meeting up and live streaming their gleeful journey to her apartment. However, when they arrive, they find a body, supposedly the victim of suicide.

Each character is thoughtfully fleshed out as they come to terms with their responsibility and involvement in the incident. The movie tackles the dangers of social media and online bullying, mob mentality and anonymity, the motives behind saying mean things just to say them and what underlying message we can read from this. In true human fashion, two of the boys refuse to believe they could have pushed the woman to suicide and decide to investigate further, believing she may have been murdered. They’re training to be police officers and claim a desire to seek justice, but it’s clear from the start and going forward that their guilt has mutated into denial and blame shifting, something much easier to do from the comfort of your computer screen. 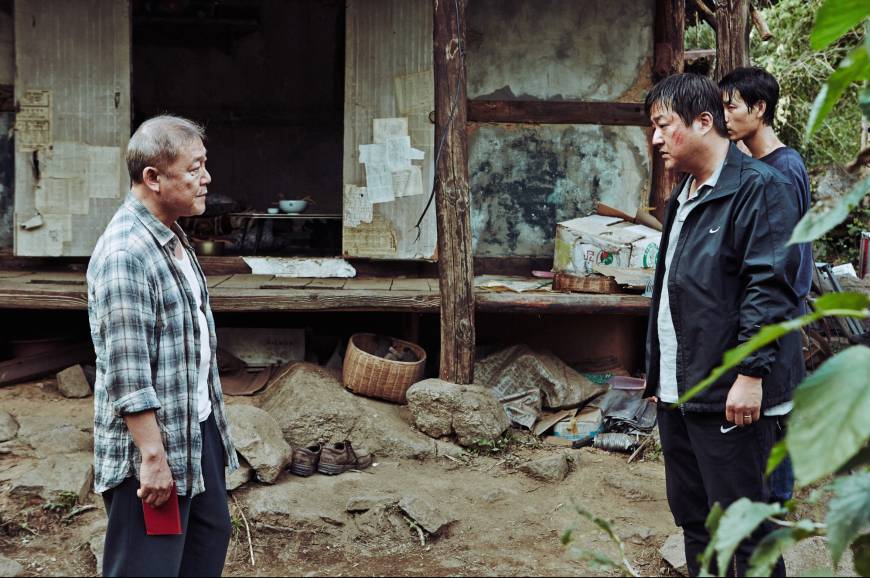 A collective fear of outsiders has been the root behind many a horror story from all over the world: in England, Bram Stoker’s “Dracula” turned xenophobia into a monster whose name and likeness is internationally recognized and feared. The only difference is that now much of the world is globalized, whereas Korea has maintained a homogeneous society for the most part, especially in more rural areas like where “The Wailing” is set.

In the beautifully shot thriller, Jong Goo (played by Kwak Do Won) is a bumbling police officer in a small town where everyone knows everyone and nothing ever happens. Suddenly, one day, a disease breaks out that causes painful convulsions and wailing before those afflicted seemingly turn violent; there is little known about the symptoms, as only the victims’ bodies are discovered.

Some people in the town believe a newcomer, or outsider, is responsible, sharing unlikely stories with Jong Goo, who dismisses them until his own daughter is afflicted with “The Wailing.” Suddenly, the Japanese man who recently came to town (expertly played by Jun Kinumura) is a likely suspect, and the townspeople, including Jong Goo, start to hunt him.

The family also trusts a traditional shaman (played by Hwang Jung Min) who plays on their fears and superstitions to trick them, adding to the movie’s commentary of the dangers of traditional thinking and fear of change.

Can you think of any other movies with thoughtful commentary on society? Let us know in the comments below!

Soompi Spotlight
Socialphobia
Train to Busan
Gong Yoo
Silenced
The Wailing
Okja
How does this article make you feel?