On the July 9 radio broadcast of “Starry Night,” Sandeul talked about BTS’s Jin, who is part of his friend group with idols born in 1992, which also includes B1A4’s Baro, VIXX’s Ken, EXID’s Hani, and MAMAMOO’s Moonbyul.

Sandeul said, “When I met [Jin], it was pretty shocking. Around the second time we met, it was an ending performance with a bunch of singers on stage. [Jin] suddenly came and just grabbed my stomach. We hadn’t become that close during our first meeting; we just said hi. Because it was only our second meeting and he grabbed my stomach, I was wondering what he was doing.” 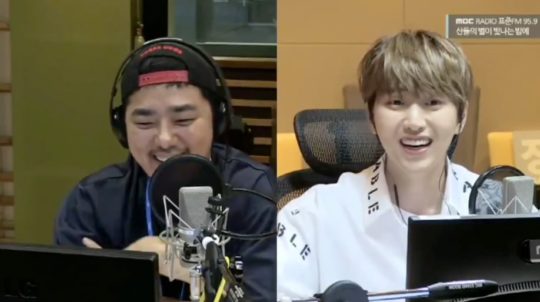 He said he was able to ask Jin why he did that after some time had passed, and Jin said he just wanted to. He didn’t even realize he was doing it, and he liked it, so he kept doing it.

Sandeul said, “After that, I thought, this is how Jin must make friends, putting himself out there, and that I kind of do the same. It became a common ground for us, and we were able to become closer.”

BTS
B1A4
Jin
Sandeul
How does this article make you feel?