The upcoming drama “Absolute Boyfriend” has released photos of its cast at their first script reading!

Based on the popular Japanese manga series of the same name, “Absolute Boyfriend” is a romantic comedy that will tell the story of Uhm Da Da, a special effects makeup artist who has never had much success with love (played by Girl’s Day’s Minah), and Zero-Nine (Young Goo), a humanoid robot built to become the ideal boyfriend (played by Yeo Jin Goo). Hong Jong Hyun will also star as Ma Wang Joon, an A-list star who, in spite of his immense popularity, always seems to lose his cool around his girlfriend.

On June 22, the cast of the drama gathered for their very first table read. Over the course of five hours, the actors passionately showed off their acting chops as they ran through their lines together.

Yeo Jin Goo, who is making his return to the small screen for the first time in a year, is said to have particularly impressed those present with his powerful, detailed acting. Hong Jong Hyun also reportedly wowed the rest of the cast by showing a new side of himself through his role.

At the reading, Minah confessed, “I was so nervous that I wasn’t able to sleep last night. I want to work hard, do my very best, and give it my all.”

The supporting cast also included the scene-stealing Hong Suk Chun and Ha Jae Sook, who lit up the room with their spirited performances. 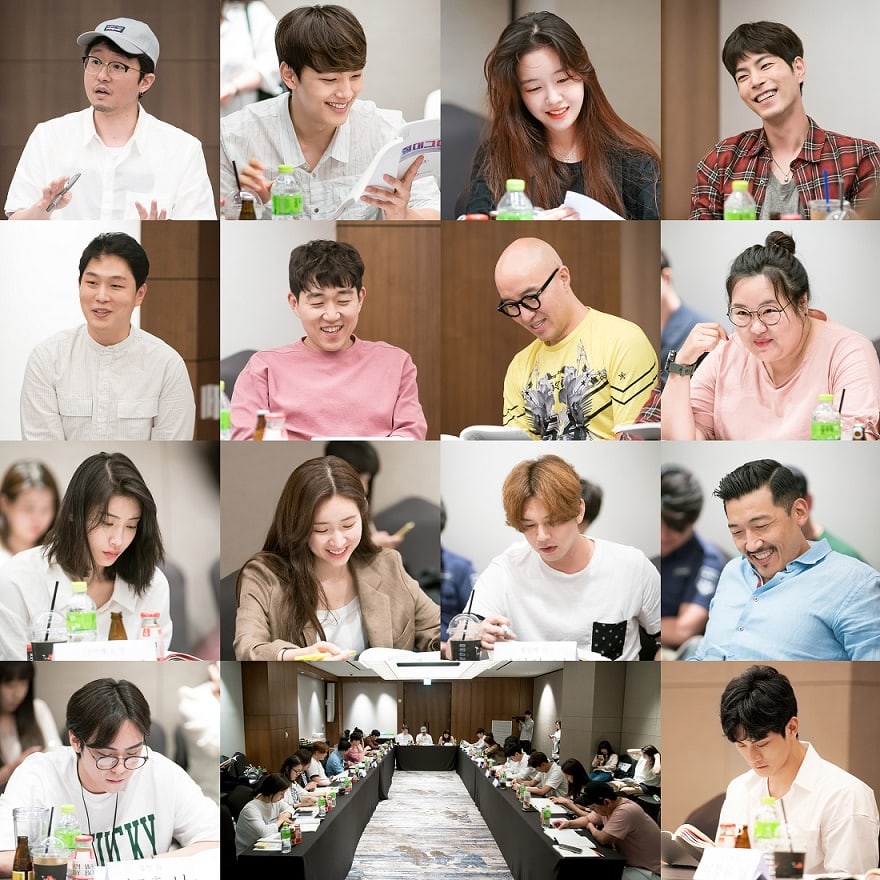 “Absolute Boyfriend” has previously been adapted into popular drama series in both Japan and Taiwan, leaving viewers curious and excited to see what the Korean remake has in store. The drama is scheduled to begin filming this month.