Talking about his approach to dating, Lee Hong Ki said, “I hate when dating is calculative. For me, I’m very obvious. For example, if there’s even a little bit of interest there, I’m very assertive and contact the other person first. And if the other person doesn’t tell me [how they feel], I have no idea. So I ask.”

Soyou, who had talked about her own dating experiences and her difficulty expressing her feelings about things she doesn’t like, said, “That’s exactly what I want!” 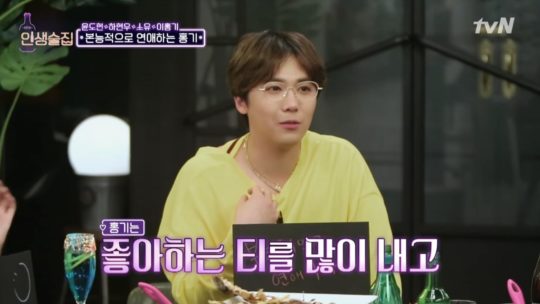 Lee Hong Ki continued, “[I’ll say,] ‘I have no idea why you’re mad, so explain to me why, and next time I won’t do it,” and Soyou said, “This is what I would want my boyfriend to say.”

When MC Han Hye Jin commented that Lee Hong Ki and Soyou seem like a good match and Shin Dong Yeop joked that they might be the next Han Hye Jin and Jun Hyun Moo, the two were rendered speechless. 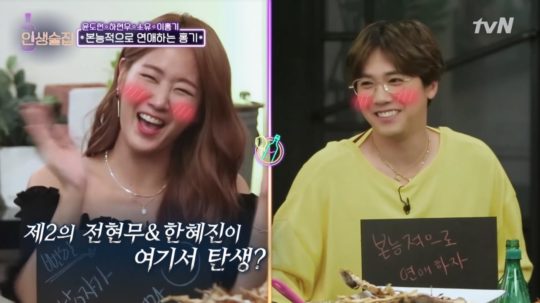 Kim Heechul attested to Lee Hong Ki’s dating style, saying, “Hong Ki’s similar to me. When he’s dating, or if there’s a girl he likes, he’ll do everything for her, and he doesn’t hide anything or play any games. He’ll express everything.”

Lee Hong Ki
Life Bar
How does this article make you feel?