Actor Lee Seo Jin says if he were a grandpa on “Grandpas Over Flowers,” he’d want to bring 2PM’s Taecyeon along as the porter!

On the July 13 episode of “Entertainment Weekly,” Lee Seo Jin was visited on the set of a cosmetics advertisement. When asked about his unchanging appearance, Lee Seo Jin joked, “I feel like I’m getting older lately.”

In regards to being cast for a cosmetics commercial, Lee Seo Jin said, “At first I thought I’d misheard. It’s great and an honor to be doing a cosmetics advertisement at this age.”

Lee Seo Jin was also asked who he’d want to bring as a porter if he became one of the “grandpas” on “Grandpas Over Flowers.” The tvN show led by producing director Na Young Suk features a cast of veteran “grandpa” actors going on trips, and they bring along their “porter” Lee Seo Jin to help them.

Lee Seo Jin replied, “I would bring along Taecyeon. I think he’d be a good fit for an overseas trip.” When the interviewer said Taecyeon seems to have good stamina, Lee Seo Jin added, “He’s also good at English.”

Lee Seo Jin and Taecyeon previously appeared together on another of Na Young Suk’s shows, “Three Meals a Day.” 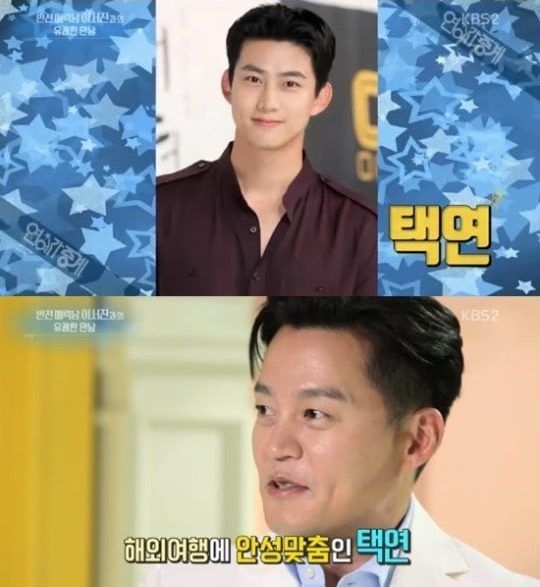 The actor also laughed as he said that while filming the most recent season, he began to feel tired and wondered if it wasn’t time for him to stop. “The biggest issue wasn’t their health, it was mine,” he joked.

“Grandpas Over Flowers Returns” airs every Friday at 9:50 p.m. KST.

Grandpas Over Flowers
2PM
Lee Seo Jin
Taecyeon
XPN
How does this article make you feel?