“Witch’s Love” is a fantasy romance about a man who ends up living together with three witches. Yoon So Hee will star as Kang Cho Hong, an extremely nosy witch who handles deliveries for a restaurant run by two other witches, played by Kim Young Ok and Go Soo Hee. Hyun Woo will play Ma Sung Tae, a model-like man who is living with pain due to a mysterious incident from his childhood, while Hongbin has been cast in the role of Hwang Jae Wook, a webtoon illustrator.

During the press conference, the actors discussed the chemistry between the cast, age differences among the diverse actors, what type of powers they would like to have in real life, and more. 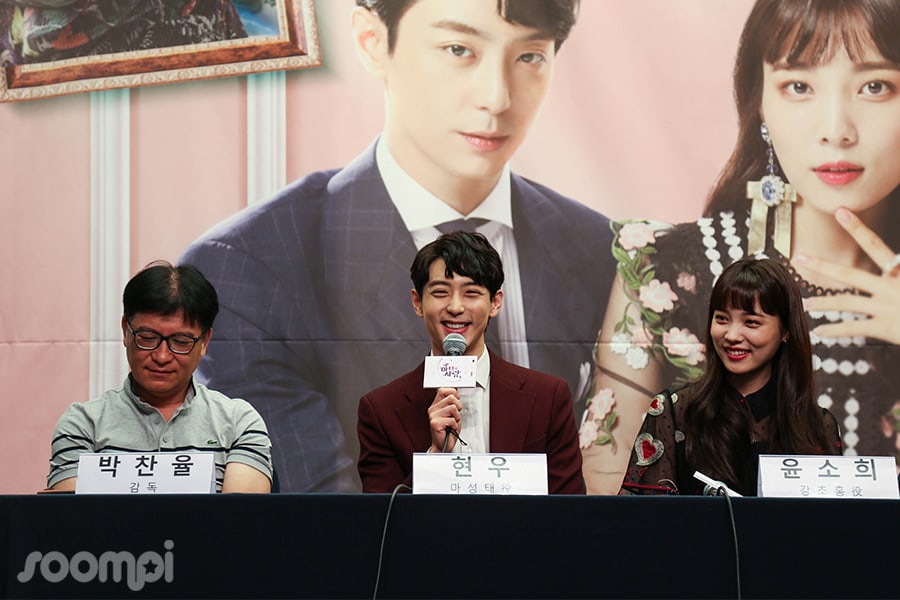 When asked to score his and Yoon So Hee’s chemistry, Hyun Woo stated, “I think it would be a full 100 points, but I think there is a difference in my feelings and the chemistry that the director saw after the editing.”

Director Park Chan Yool was confident in his cast and responded, “At first, there wasn’t much chemistry, but eventually the chemistry became 120 points out of 100.” 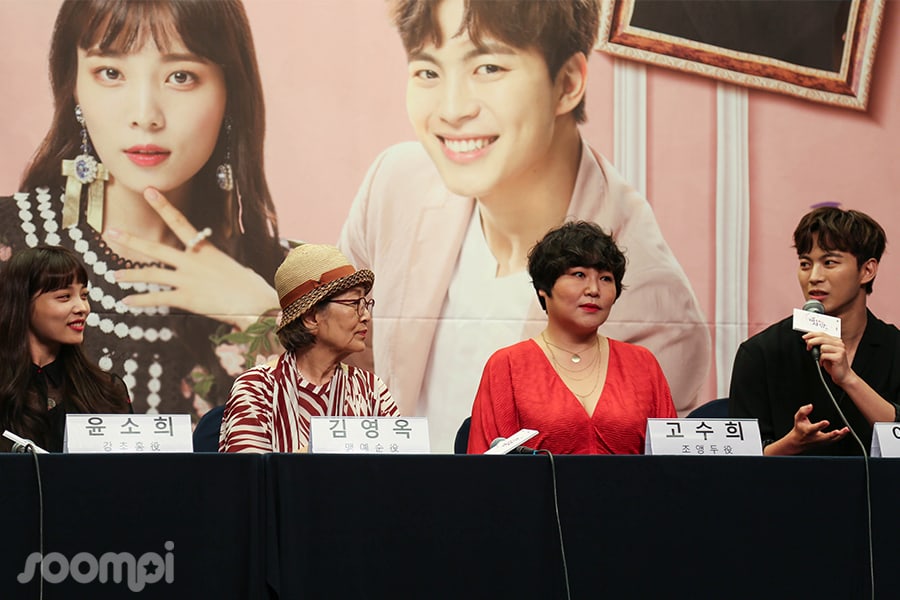 Later, Hongbin talked about his fellow VIXX members and explained that when the members film dramas, they offer each other advice and talk about their dramas.

After being asked if the VIXX members gave him any feedback on his acting, Hongbin revealed, “If they watch it seriously, or if they give me advice earnestly, it’s a little funny, so they just tell me things jokingly like ‘It’s fun’ or ‘It resembles you.'”

In response to a question about their age differences, Kim Young Ok said, “I have quite an age difference with my costars, but I thought my juniors would find that more difficult than I did. However, because I’m quite immature, I don’t think my younger co-stars have much to worry about. The most important thing is that I was able to have fun going to set because I wanted to see the other actors.” 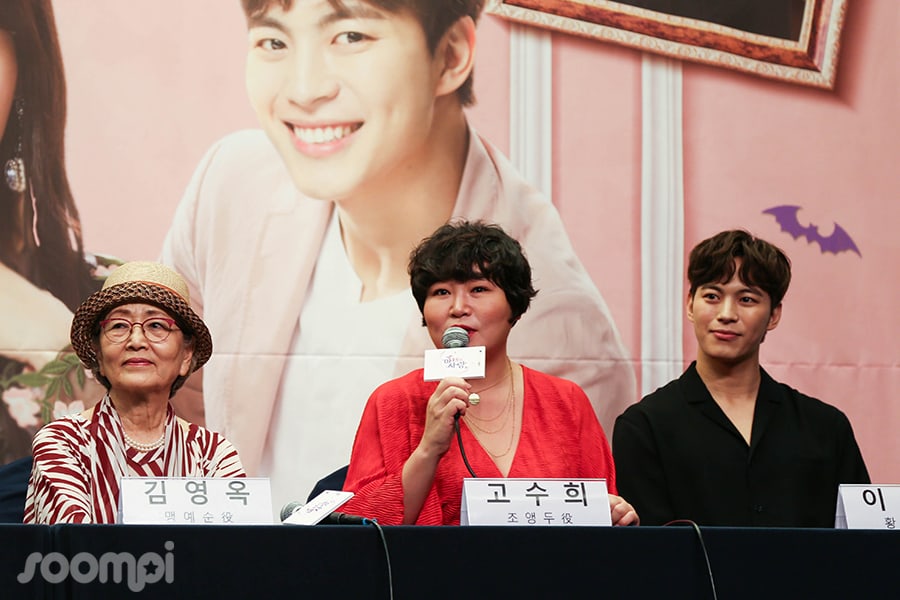 Go Soo Hee shared, “To be honest, I’m not that old. But in the drama, I appear as a grandma. When I first asked my manager about the script, he told me I was a grandma so I didn’t even want to look at the script. But because it was so fun, I enthusiastically told them I’d play this character.” She continued, “As I read the script, I really thought, ‘Did the writers visualize me as they wrote the script,’ since the character had so much aegyo.”

The cast later went on to explain what they would do if they could have the powers of a witch in real life. Both director Park Chan Yool and Hyun Woo wished to have the power to increase the amount of time in the day. Hyun Woo explained that he would want to go on trips and eat delicious food. Yoon So Hee responded that she would love to maintain her body even after eating. Kim Young Ok expressed that she would like if she could look over others healthily. Go So Hee in turn revealed that she wanted the power of memorizing scripts. Hongbin wished to have the power to lower the temperature and jokingly complained of the hot weather. 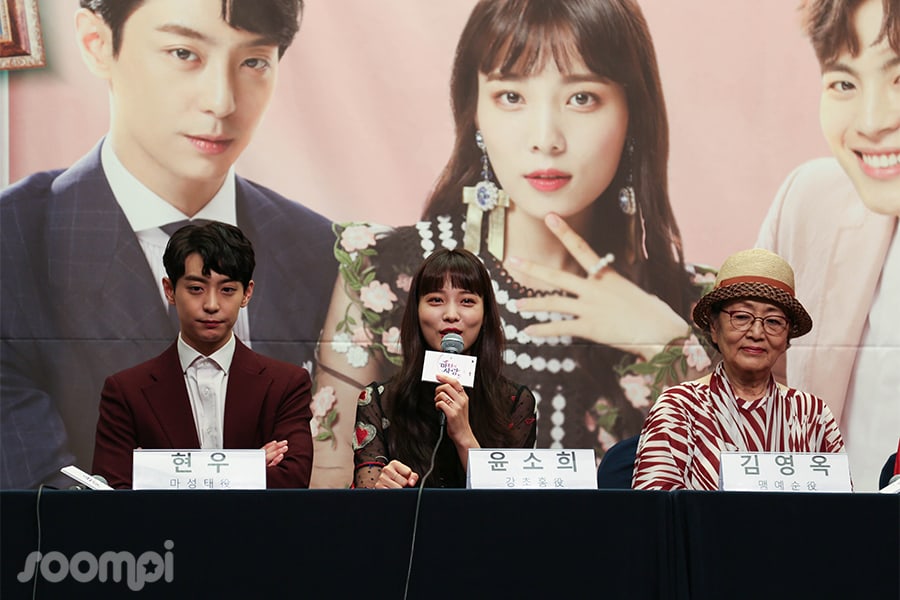 In response to a question about their expectations for the drama’s viewership ratings, Yoon So Hee hesitantly responded by saying, “3 percent.” She even promised to dance at a rice soup restaurant if they reached that goal, while Hongbin offered to be the server.

Hyun Woo on the other hand set the expectations high by setting the goal to 5 percent. He promised to hold a free hug event if they succeeded. Later, Kim Young Ok offered to buy the staff and actors ginseng chicken soup (samgyetang) if they reached 5 percent.

“Witch’s Love” will premiere on July 25 at 11 p.m. KST and will be exclusively available on Viki!

Check out more exclusive photos of the cast! 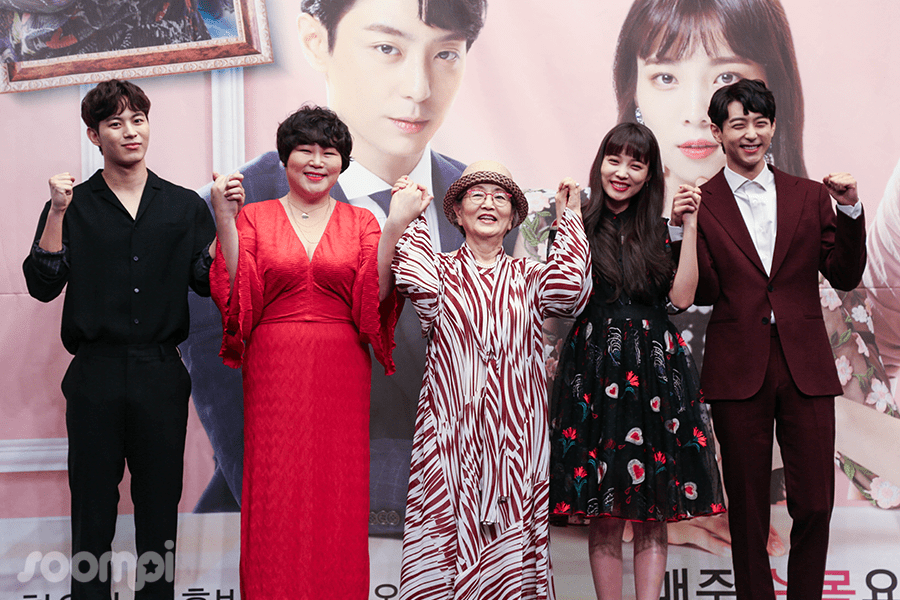 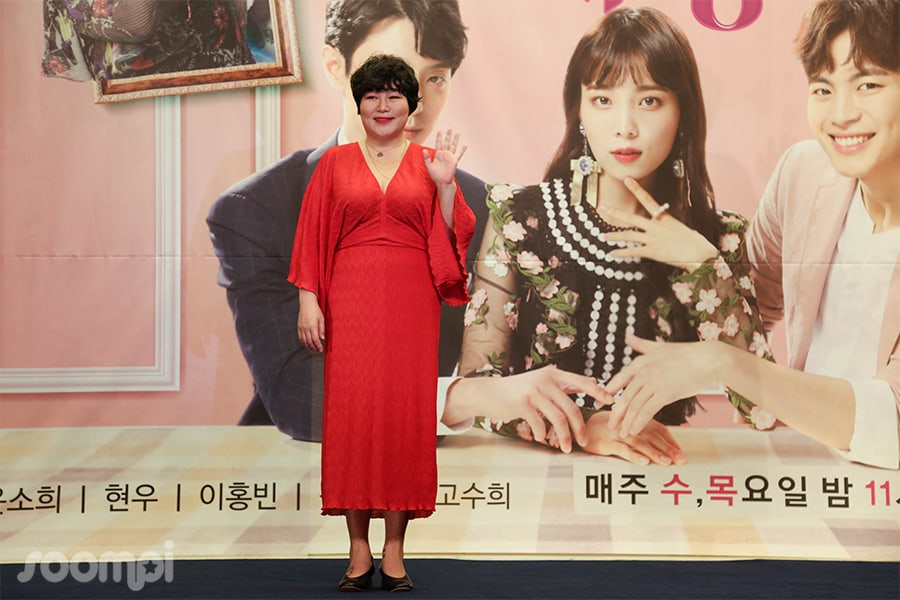 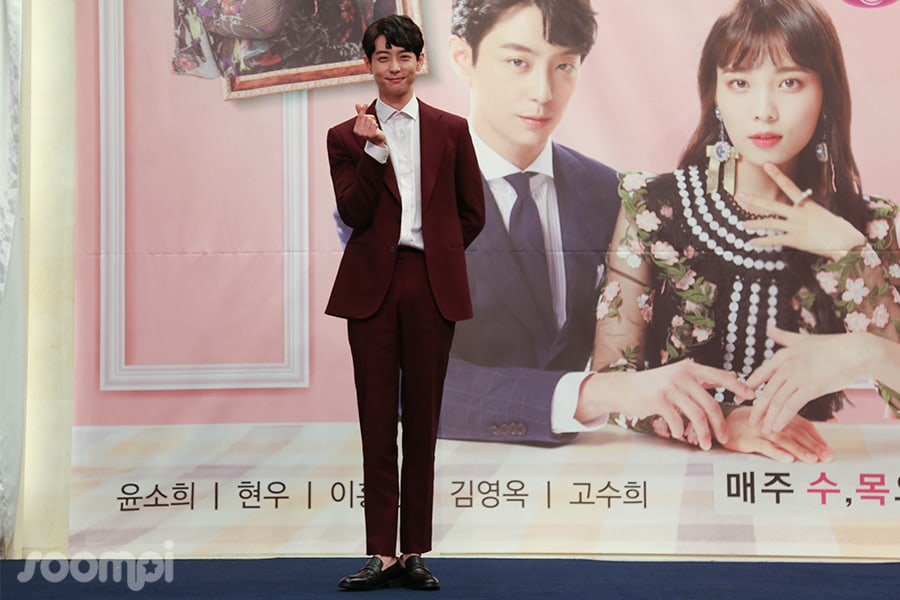 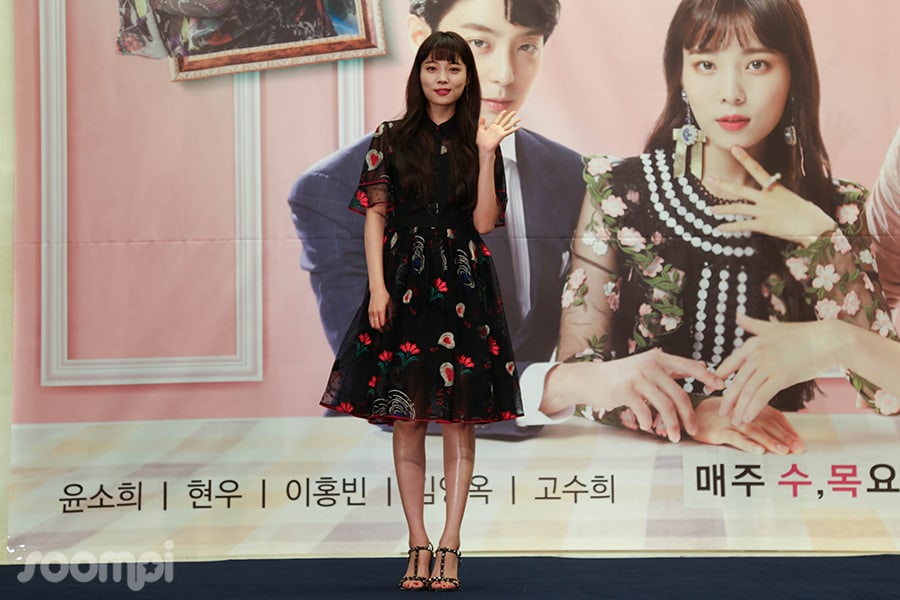 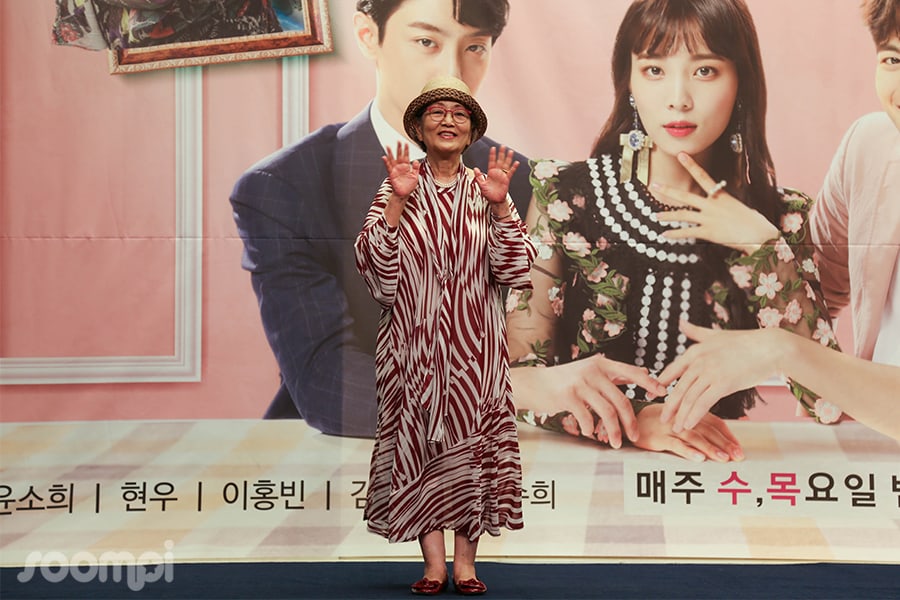 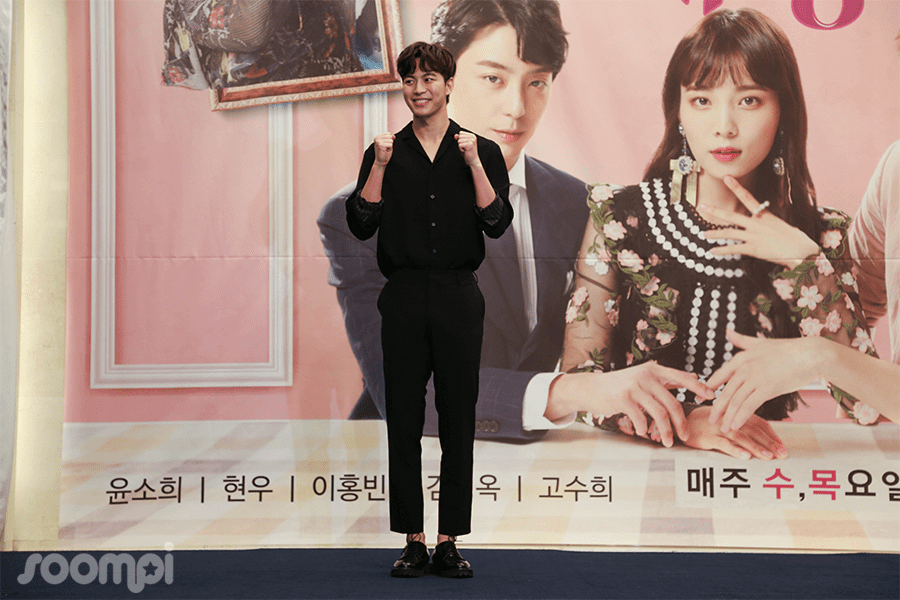 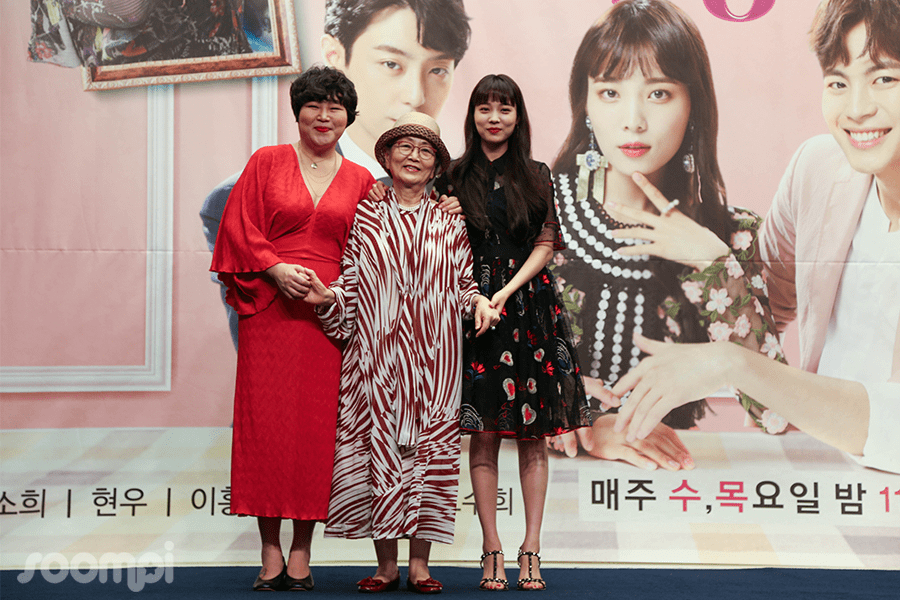 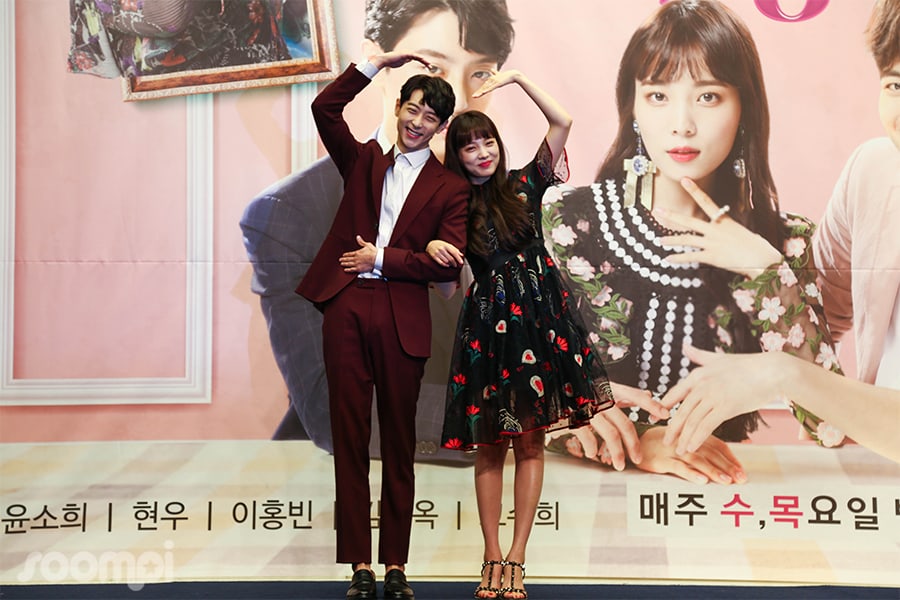 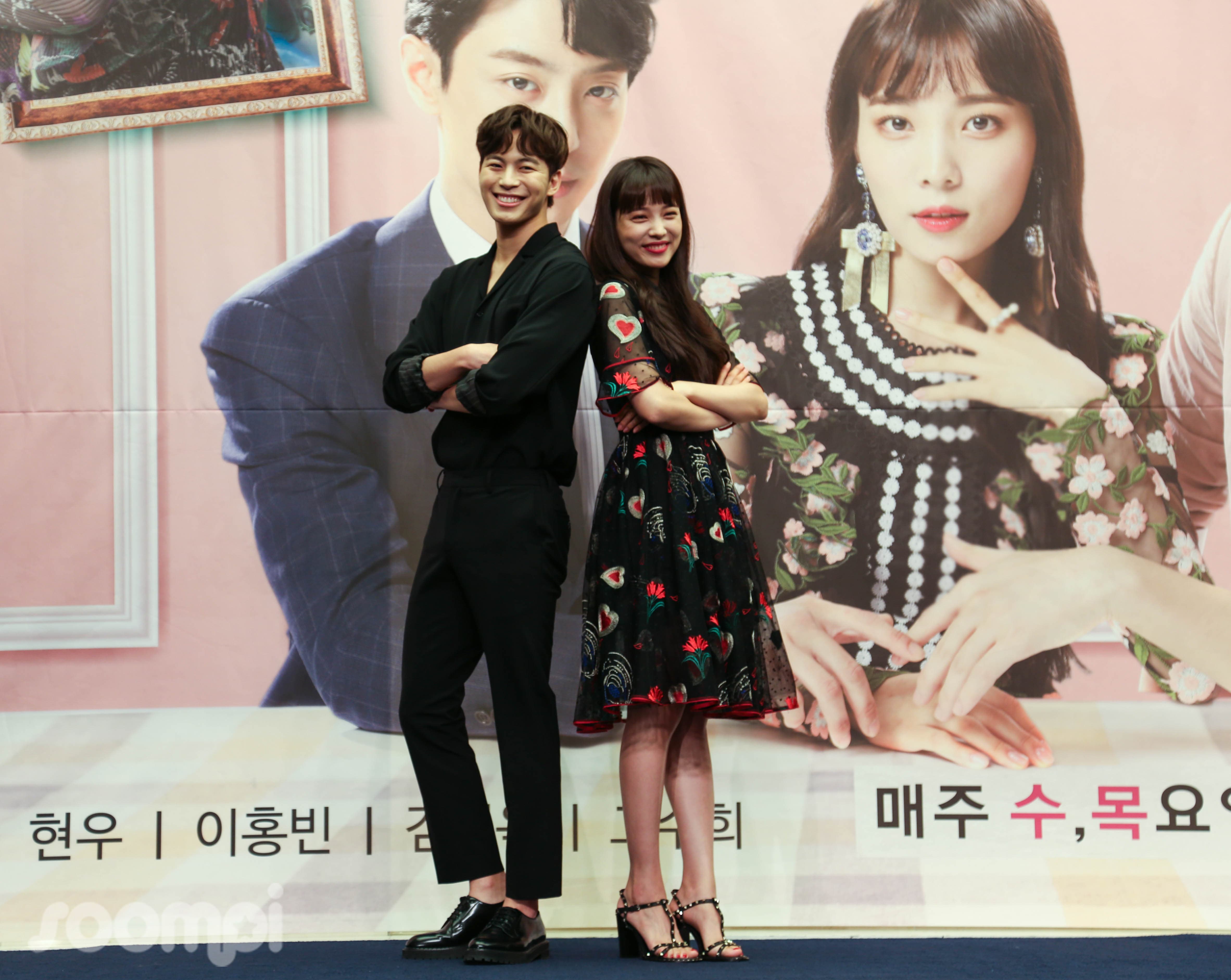