Exclusive: “Familiar Wife” Cast Talks About Why They Chose The Drama, Dream Jobs, And Their Chemistry 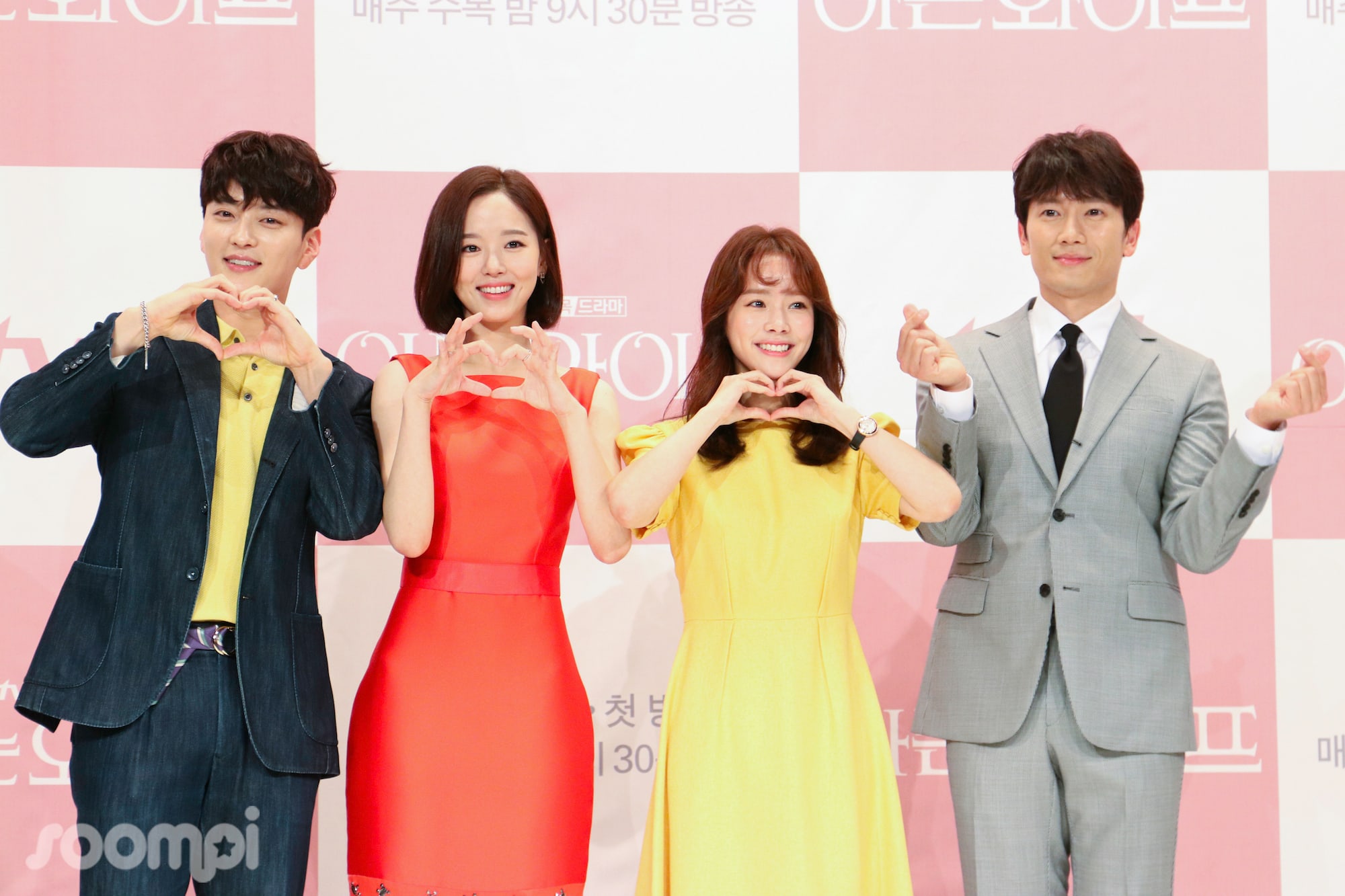 “Familiar Wife” is a romance drama that tells the story of how a single decision in life can make everything change in the future. In the drama, Ji Sung plays bank employee Cha Joo Hyuk, a very ordinary man who gets pushed around by his wife at home and his boss at work. Han Ji Min will star as his wife, Seo Woo Jin, who is a short-tempered working mom that is exhausted by work and family life. 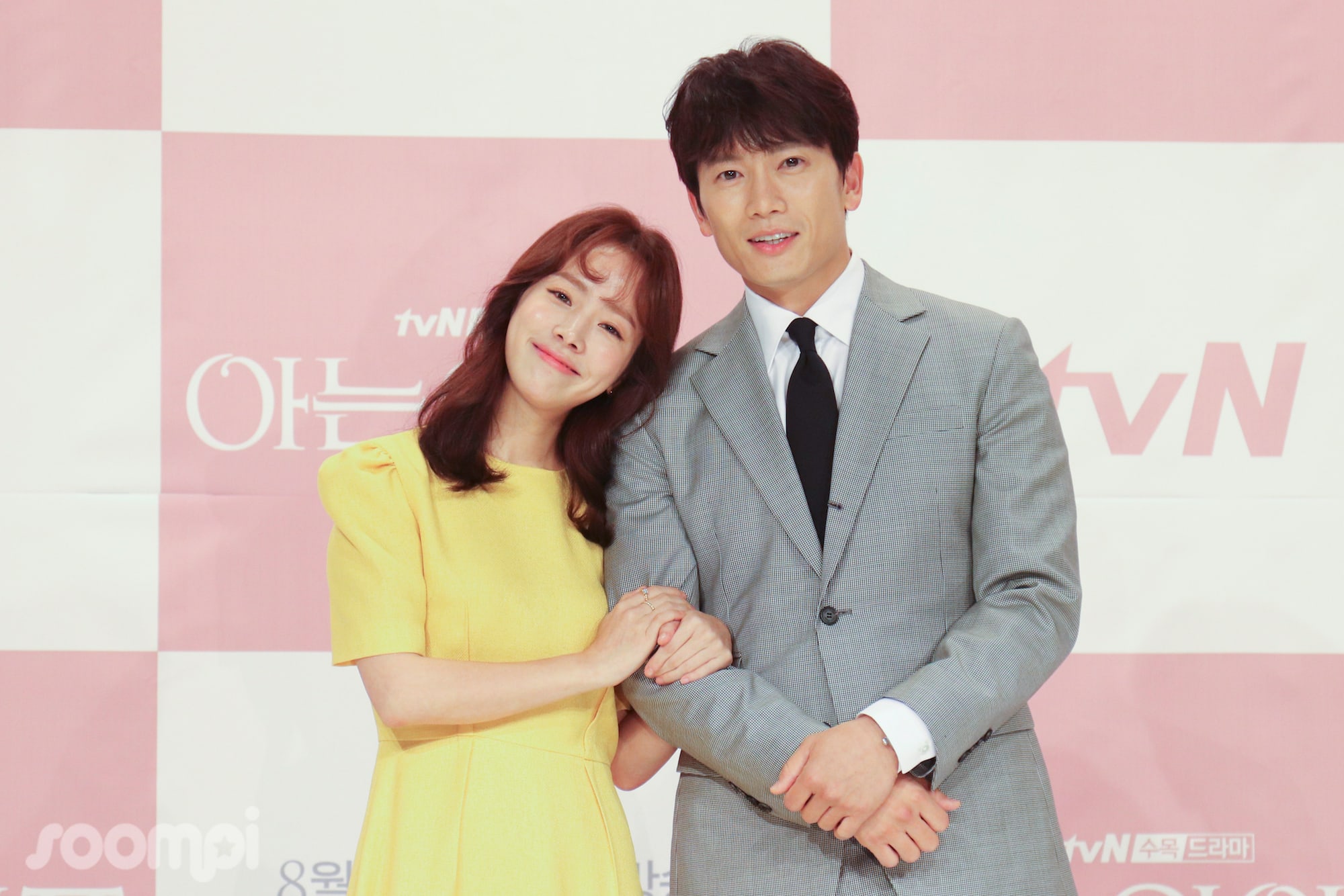 The press conference started with the photo time, and cast members took turns going on stage for individual shots.

Han Ji Min then joined Ji Sung for couple photos. They showed their sweet chemistry by demonstrating the pose from the poster as requested by the MC, and then all the cast members posed together for group photos. 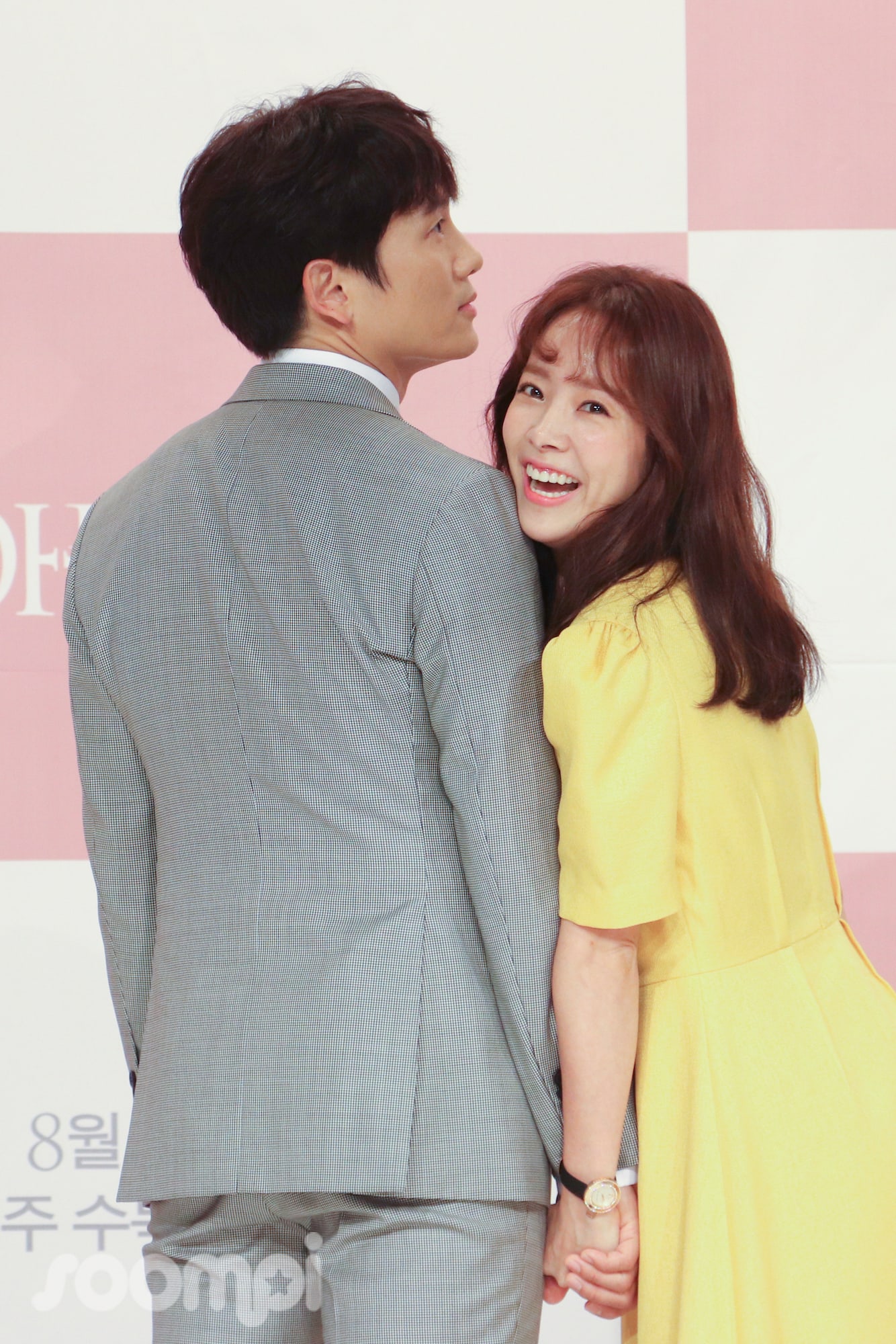 During the interview session, the actors discussed why they chose to star in the drama, their chemistry, and their impressions of each other.

In response to the question on why they picked this drama, Ji Sung shared, “In my previous drama, my character was a bit dark, so I wanted to choose a brighter and more optimistic role this time. After reading the script, I was attracted to the plot as it tells a realistic story of an ordinary man that we may see in real life.”

He continued, “Honestly speaking, though I was interested in story, I refused to accept the offer at the beginning as I was worried if I could handle the role as a married man. However, after communicating with the production team and with their support, I felt more confidence in accepting this challenge.” 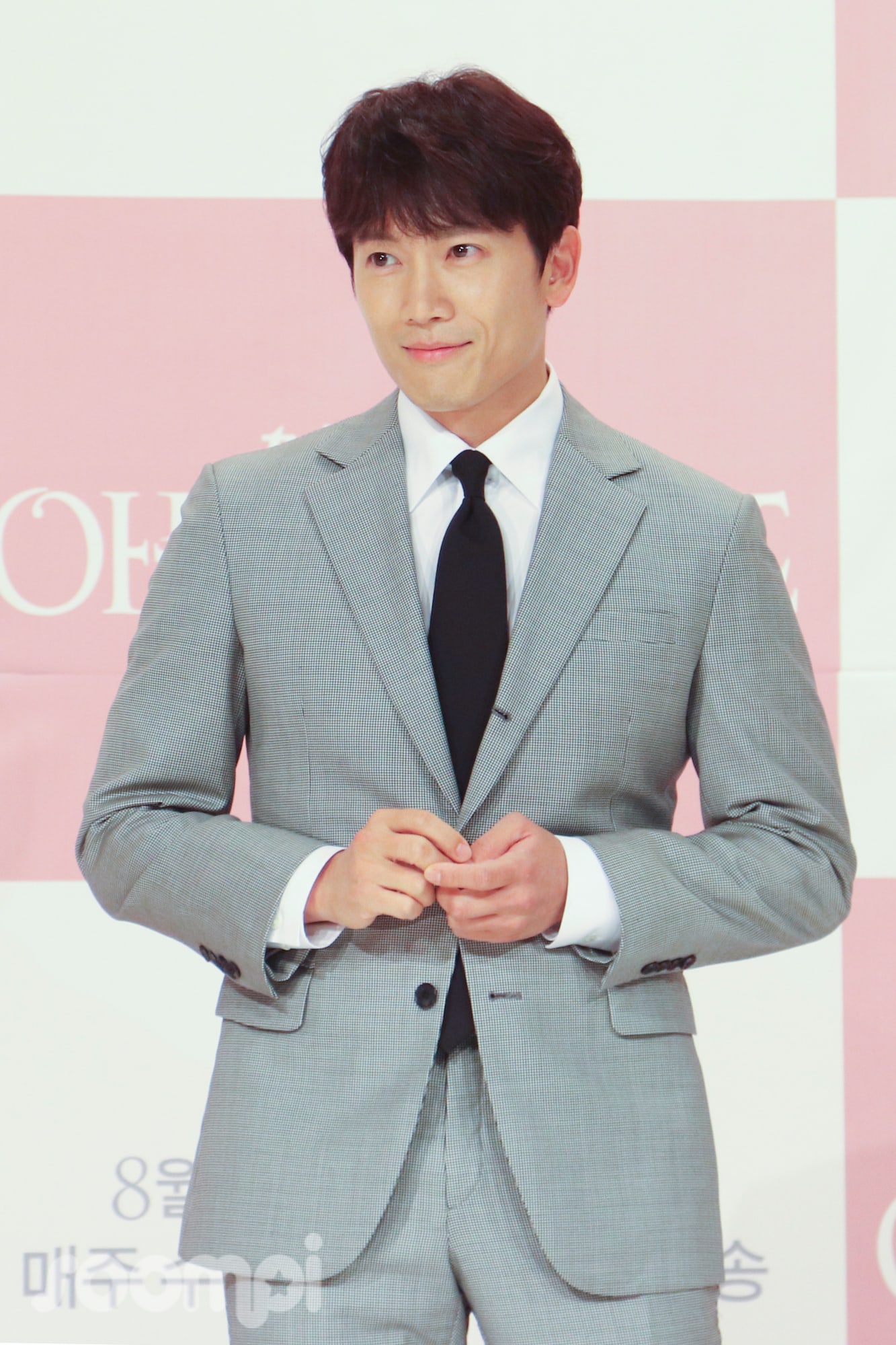 Han Ji Min also shared the reason for selecting this drama as her first in three years. “In life, we have to make choices everyday, and I think all of us have at least once thought of the question like, ‘What if I had made a different decision at that time?’ or ‘What if I could go back to the past?’ The ‘what if’ concept that this drama is trying to portray resonated with me, and I believe that it will resonate with the audience as well.”

Kang Ha Na, who has been cast in the role of Cha Joo Hyuk’s first love from college in the drama, was asked about taking on this drama after recently being active in variety shows. Kang Ha Na explained that in “Running Man,” she showed more of a “chill” personality which is more like herself in real life, while in this drama, she tries to be more refined in order to fit with her character. 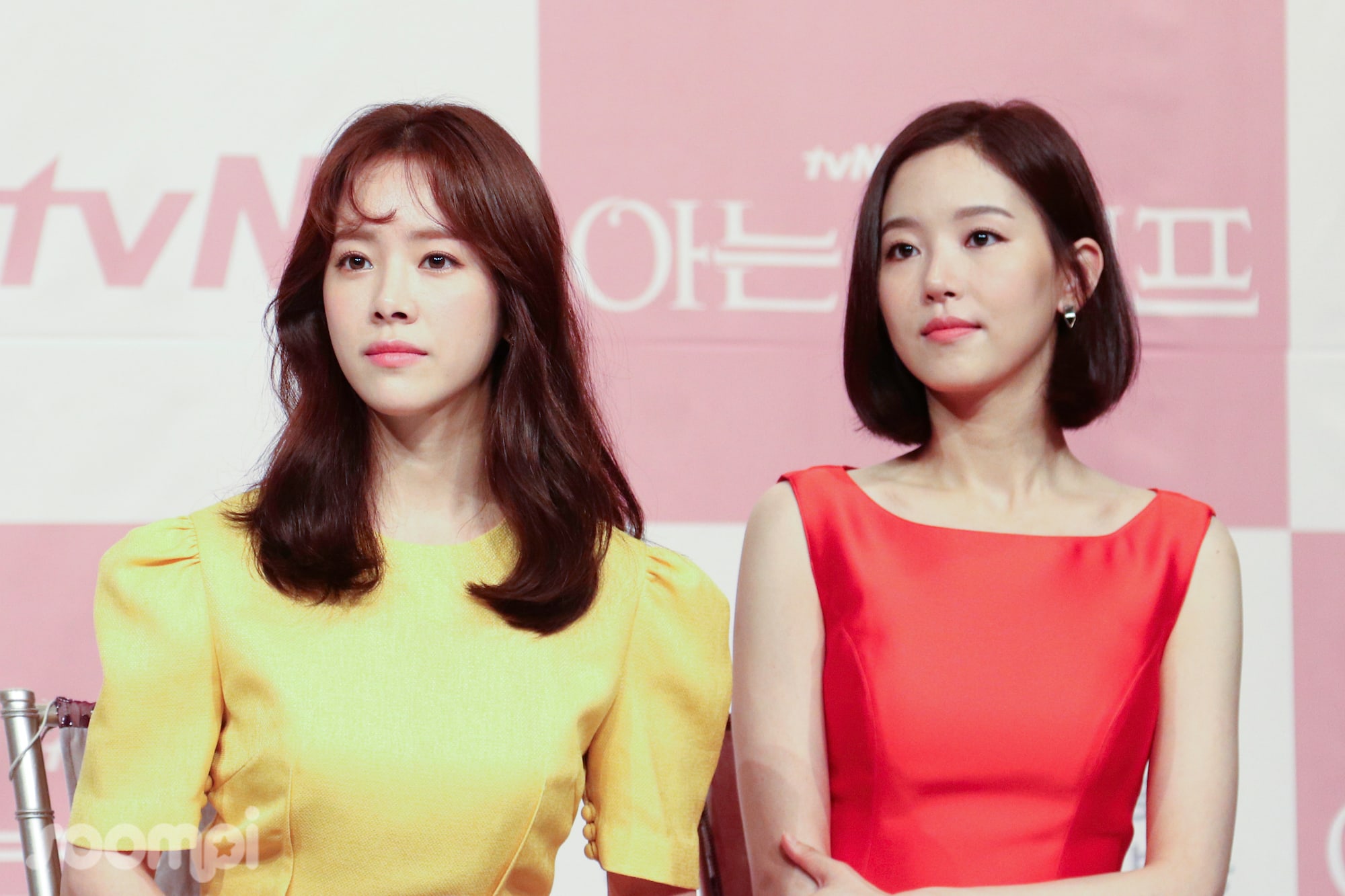 With the concept of “what if” being emphasized, the actors were asked about the occupations that they would be if they were not actors. Ji Sung first responded to the question by saying he would be a baseball player, revealing that his passion for the sport is very strong. Jang Seung Jo, the actor who will play the role of Ji Sung’s co-worker and friend Yoon Jong Hoo, answered, “Sometimes I do think about what I would have done if I wasn’t an actor, but I can never think of an answer. I am happy being an actor.”

The cast members then talked about the chemistry between them and their first impressions of each other. Ji Sung said, “Seung Jo and I have many things in common as we are both husbands and dads in real life.” Jang Seung Jo aadded that as Ji Sung are more experienced in both acting and in life, he has learned a lot from him, and he can always ask for his advice. 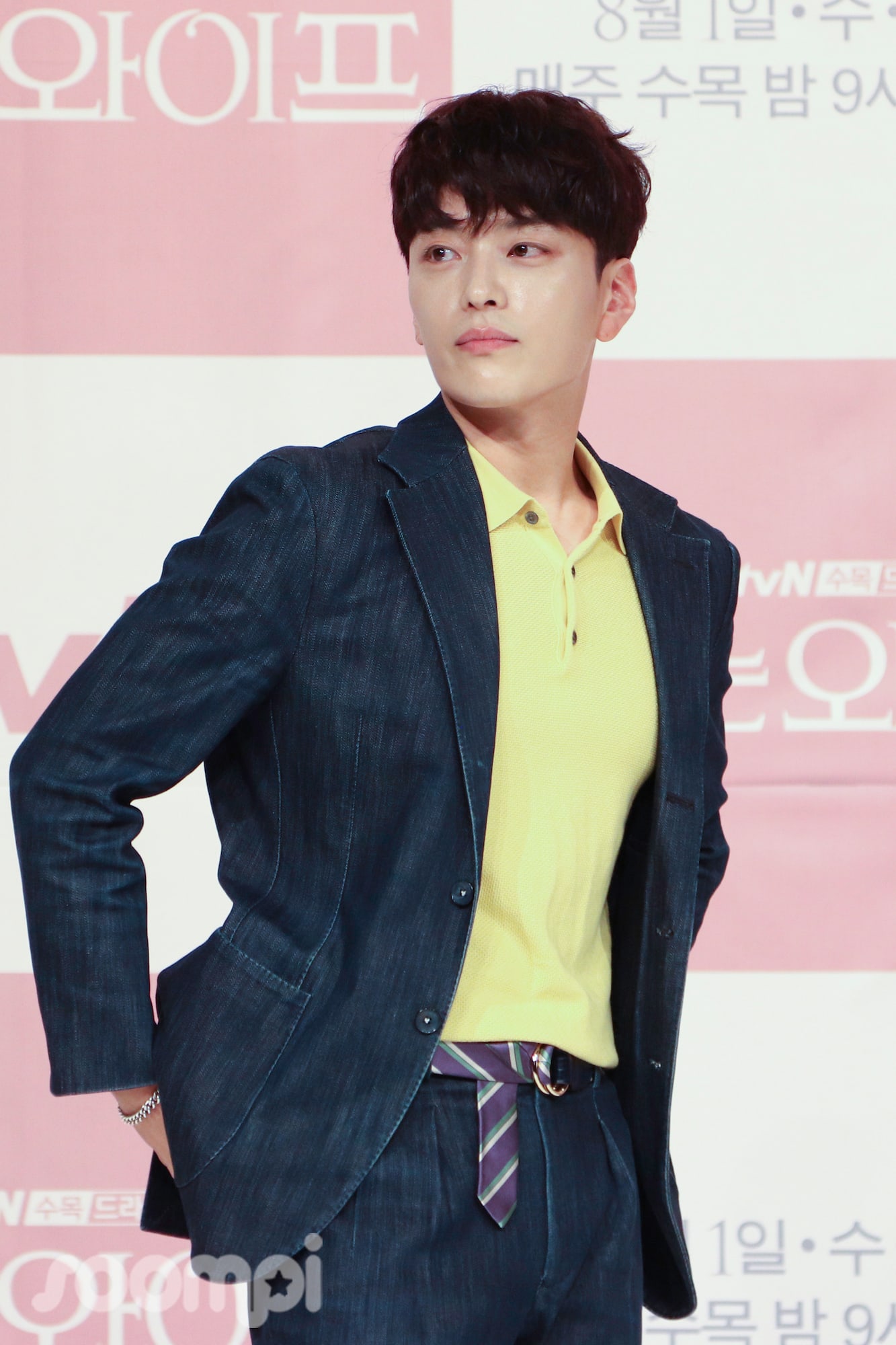 When talking about her impression of Ji Sung, Han Ji Min said, “In the past, I always hoped to collaborate with actor Ji Sung as he is a very experienced and good actor. However, after filming with him, I find that Ji Sung in real life is actually even more appealing to me because of how kind and caring of a person he is. I rely on him a lot, and he always make the filming atmosphere comfortable and bright.”

At the end, Kang Ha Na was asked to respond to the reports from earlier in the day on the controversy with her company Fantagio. She commented, “I am in conflict with Fantagio,” and concluded, “However, as this is a press conference for the drama and not for myself, it is difficult to go into detail. I will respond later on.” 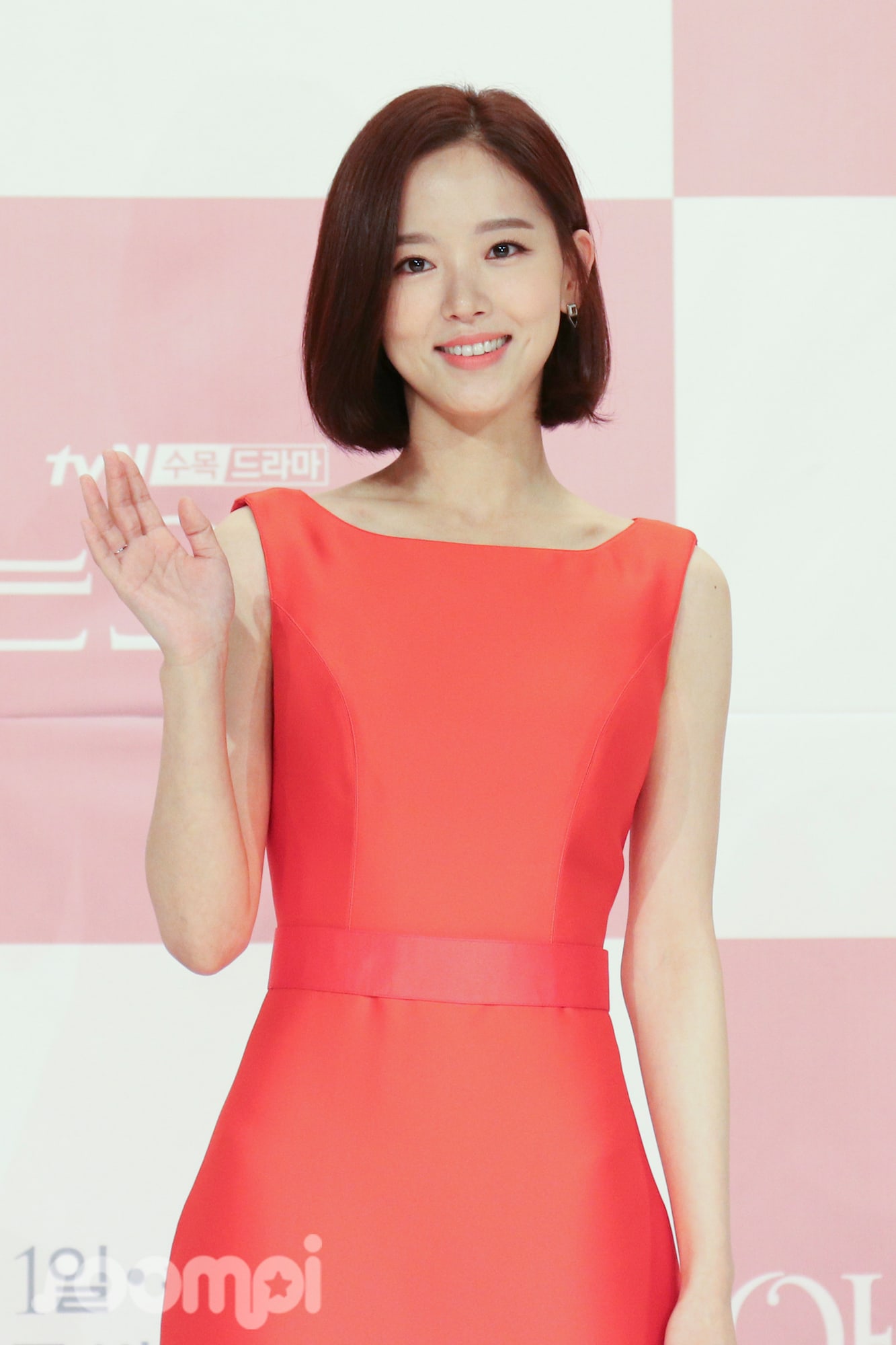 “Familiar Wife” will premiere on August 1 at 9:30 p.m. KST and will be available on Viki!