Kang Dong Won shared stories from filming and thoughts on his latest action movie “Illang: The Wolf Brigade” in an interview.

“Illang: The Wolf Brigade” takes places in the year 2029. The sci-fi film tells the story of the struggles of a special police unit and government task force after an anti-reunification terrorist group attacks the country following the announcement of a five-year plan for North and South Korea’s reunification. The film is a remake of the Japanese animation film “Jin-Roh: The Wolf Brigade.”

In the film, Kang Dong Won appears as Lim Joong Kyung, an elite troop and member of the special police unit. He becomes conflicted between his duties that require him to become an animal and his feelings for Lee Yoon Hee (played by Han Hyo Joo).

This is the actor’s second time working with director Kim Ji Woon after the film “The X.” Kang Dong Won began, “‘llang: The Wolf Brigade’ is a film where I trusted director Kim Ji Woon and followed him. Even when the scenario was just being discussed, it was a film I was really looking forward to. Director Kim Ji Woon has done various genres, and the director often talked about us working together. Eventually, I ended up doing ‘Illang: The Wolf Brigade’ and I really liked it. I want to do something fun with the director next time, and not something so difficult. The director’s action [scenes] are quite difficult.”

He added, “In a 2D image, the feelings of the character aren’t really visible, but I think the conflicted character was more vivid in the film. Despite this, I tried to portray the overall story in a way where the fans of the original work and viewers who were watching it for the first time would be satisfied.” 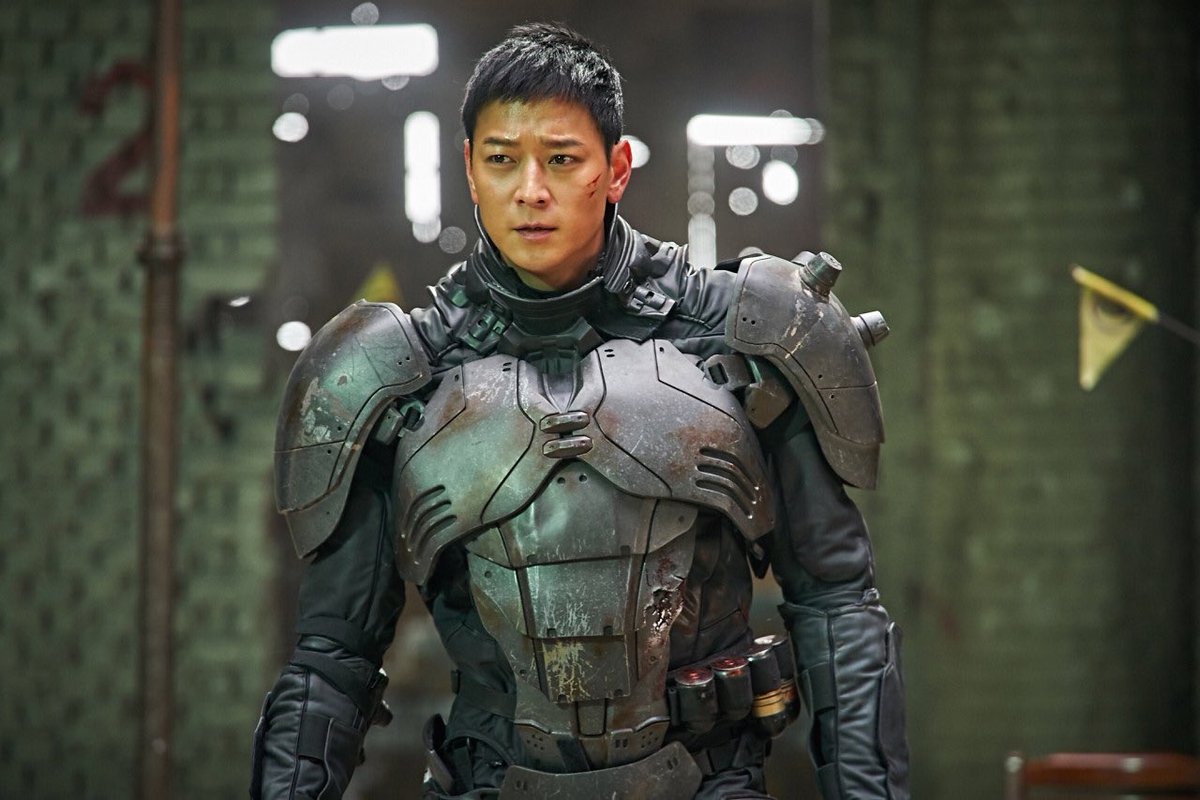 This was not an easy challenge. The actor had to wear a power suit that weighed 40 kilograms (approximately 88 pounds) and carry a machine gun during the action scenes.

“I focused on strength and not speed for carrying out the action scenes,” said Kang Dong Won. “I tried to do it with as much strength as possible. I exercised a lot before filming, so my body was bigger. I got used to the power suit after wearing it. Instead of feeling stuffy about my face being covered, I once asked myself, ‘Do I really need to do this?'”

He continued, “It’s hard to show the inside of my face like Iron Man. It’ll be unclear if you show the person behind the mask who may be a human being or an animal. There can’t be any emotional expressions inside of it, but I tried to have emotions while moving. The director wanted to show emotions, but I wanted to hide them. There are a couple versions where we filmed it my way.”

He added, “When I read the scenario, there was barely any change in Lim Joong Kyung from beginning to end. He was conflicted, but I felt that he was this kind of person. I want viewers to be curious about this person’s thoughts. It’s something I learned myself, but while pushing the mask with my chin, I created an angle. The director was later fascinated that this was how I moved the mask.”

Speaking about how he got hurt on set, Kang Dong Won revealed, “It was a jumping action scene, but light suddenly flashed and I couldn’t think for two seconds. When I woke up, I was lying on the floor. I like to exercise, so I don’t feel burdened by the action scenes, but I’m getting more scared of injuries because I’m getting older.”

He continued, “I had a traumatic experience during ‘Master,’ so my mind stops when glass explodes. If you film an action movie, you’ll get hurt somehow. The important thing is how to get hurt less and complete it. In the past, I just did what I was told, but now I keep asking if it’s really safe. I wish there was an improvement in the environment of shooting action scenes.” 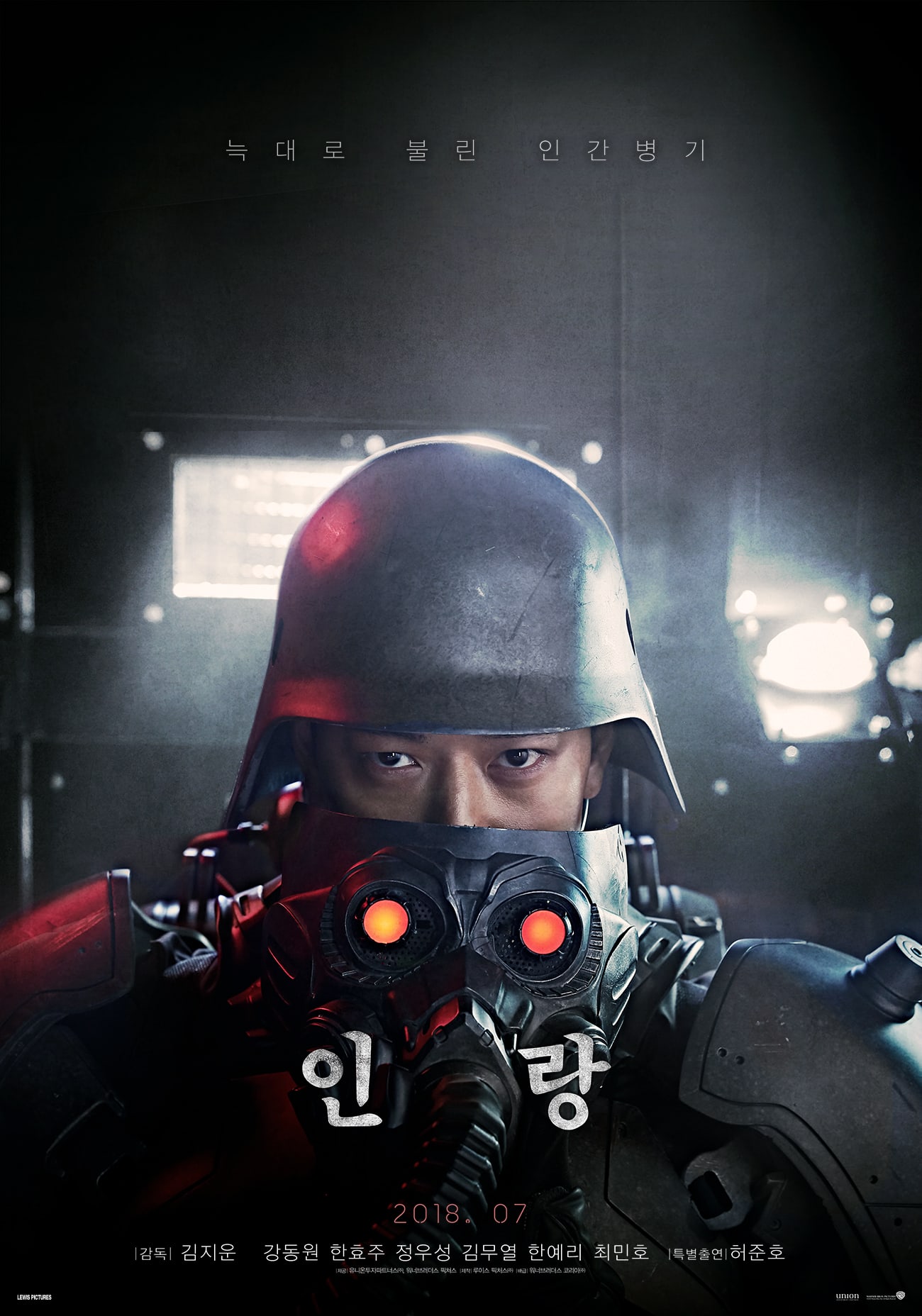 Despite this, Kang Dong Won’s passion for action films has not subsided. He shared, “According to director Jung Doo Hong, I’m the best at using knives and Jung Woo Sung is the best at using spears. So I think next time, it would be good for us to use one of each weapon. Or, since I’m also quite good with a spear, it may be fun if we switch weapons and fight.”

“Illang: The Wolf Brigade” premiered in theaters on July 25 and attracted 274,525 moviegoers on opening day.

Kang Dong Won
Illang: The Wolf Brigade
How does this article make you feel?