During the episode, the hosts asked Son Naeun if it was true that there’s an idol that she has a “crush” on, and she laughed and said it’s TWICE’s Tzuyu. She explained that she saw Tzuyu while watching junior groups.

“She’s so pretty!” she said. “I saw her while filming the ‘Idol Star Athletics Championships,’ and her personality seemed so much like mine was when I had just debuted. She doesn’t talk a lot and is quiet. So I was really drawn to her, and since then I’ve had an interest in her.” 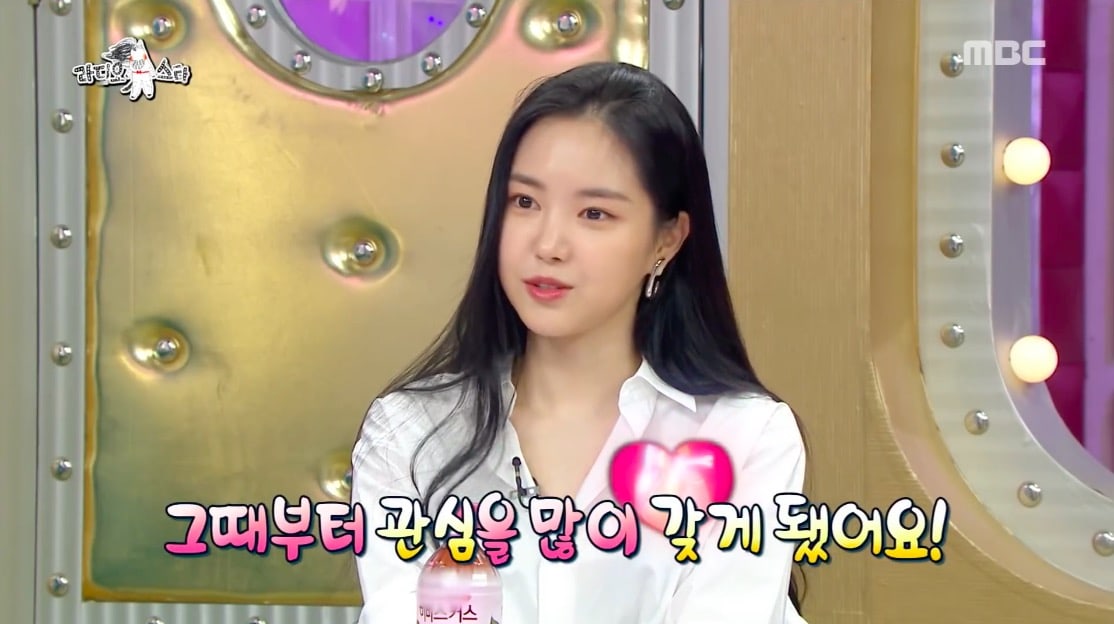