During the August 2 episode, MC Shin Dong Yup asked if she missed the days when the group was at the peak of its popularity or if she was happy with where she was now.

Narsha began, “I think I’m at a place where I feel all those emotions, and there are times when I do miss it. The thing about popularity is, I think you realize your popularity after it’s passed. At the time, you don’t know if you’re popular or not.

She continued, “These days, when I think back to the days when I was busier than now, I think, ‘I was so popular and earned a lot of money back then.’ But at the time, I only moved according to the set schedule, so I don’t think I could tell if I was busy or popular.”

When Super Junior’s Kim Heechul asked, “Brown Eyed Girls hasn’t disbanded, right?” Narsha answered, “It’s not a disbandment, but there are many people who think that we did disband because our hiatus as a group is long.”

She explained, “The thing about a team is, you can’t just think about yourself. You know more than anyone about group promotions. You can’t always promote while adjusting to everyone’s conditions. So right now, I think it’s a time when we’re doing what we can individually.”

Heechul and Narsha also brought up how Brown Eyed Girls’ fans put up an ad congratulating the girl group on their 12th debut anniversary. She expressed, “I was happy, but honestly, I also felt so sorry,” she said. “They’re waiting for so long. I felt so sorry about how they wanted to support us even in that way.” 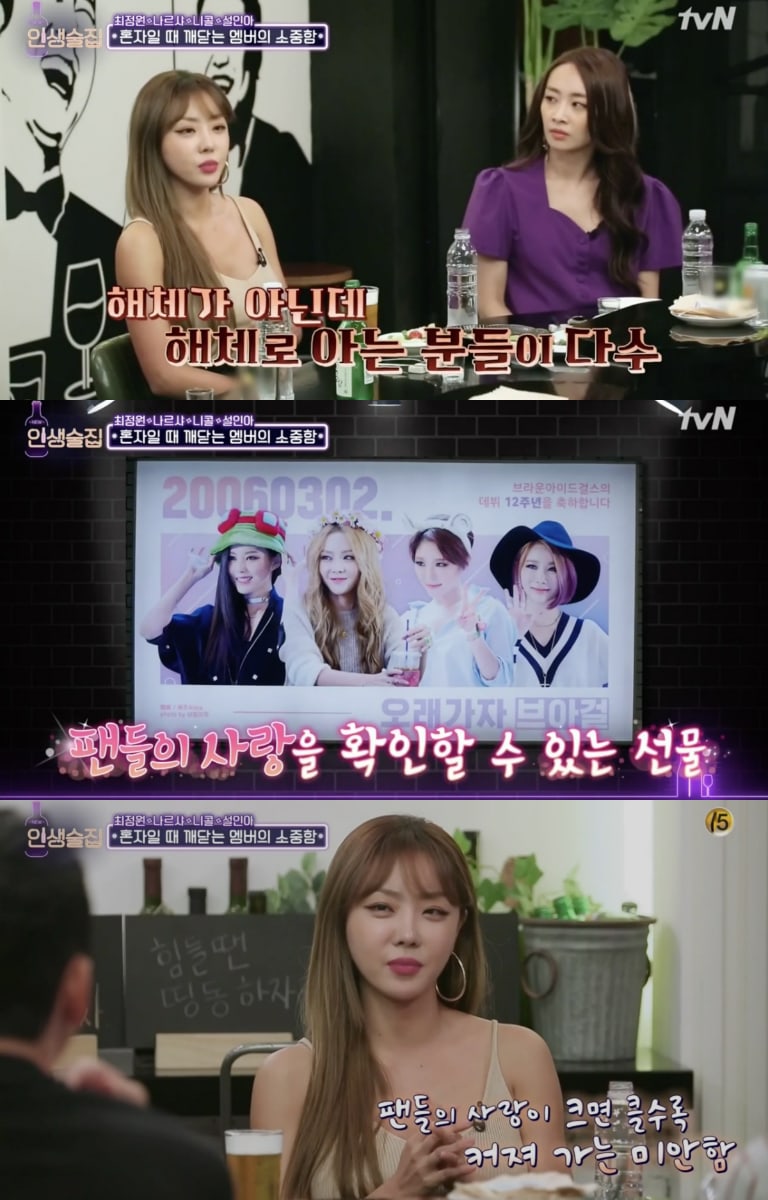 Brown Eyed Girls
Narsha
Life Bar
How does this article make you feel?