Life is a maze full of choices.

That is the takeaway from the first two episodes of new tvN drama, “Familiar Wife.” That, and you can’t go wrong with a Ji Sung-led drama, amirite?

We get a telling insight into married couple Cha Joo Hyuk (Ji Sung) and Cha Woo Jin’s (Han Ji Min) family life early on in the first episode. With two very young kids, busy jobs, and no apparent support system, the responsibilities and realities of adulthood have taken a toll on their marriage. Joo Hyuk, who is somewhat naive, has the kind of personality that has people walking over him. He finds himself tired and even afraid of his wife, Woo Jin. In her defense, even though she comes across as demanding and with a temper, it’s arguable that these personality traits are the byproducts of a failing marriage.

We are also introduced to Lee Hye Won (Kang Ha Na), Joo Hyuk’s first love (which ended before it ever started). In a flashback, we see Joo Hyuk smitten with Hye Won the moment he lays eyes on her, and goes out of his way to get her attention. One day, to his amazement, Hye Won invites him to join her at a cello recital. He readily agrees, promising to meet her that night. On the bus ride over, however, he runs into a pervert harassing a student, who is none other than Woo Jin. He stands up for her, but because of a detour to the police station, he misses his date with Hye Won. But it is because of Joo Hyuk’s deed that Woo Jin falls for him, which begins their relationship together.

I totally guffawed at the “unnecessarily nosy” part!

Now, here’s where it gets interesting. This is actually a time-travelling rom-com. A stranger gives Joo Hyuk two coins, both from the year 2006. And when using the coins at a toll, he suddenly finds himself back in 2006, on the very day that Hye Won asks him out, a.k.a. the day he first meets Woo Jin. When Joo Hyuk realizes the power he holds, he decides to return back to that fateful day again, and this time chooses to not stand up for Woo Jin (someone else does), and instead makes it to his date with Hye Won. This different choice impacts his present life greatly, as we see him now waking up beside Hye Won, his wife(!) in this altered time line!

It is in this back-and-forth-ing of this drama that we see the actors really shine. Han Ji Min imbues student-Woo Jin with such charm, sparkle, and carefree-ness, she literally shines when she’s on screen. But with adult-Woo Jin, that is all stripped away, leaving her believably frazzled and overwhelmed by her circumstances. The contrast is so great here (in all sense of the word), that I felt like I could literally see the burden adult-Woo Jin was bearing, and that is a testament to Han Ji Min’s strong acting.

And speaking of strong acting, my love for Ji Sung’s talent is no secret. (Get it, “Secret“?) He is as wonderful here as you would expect him to be, and plays his character with such sincerity that even though he’s flawed, he remains charming. His comedic skills also peek through, and no doubt will he have more room to stretch his chops as the episodes progress. 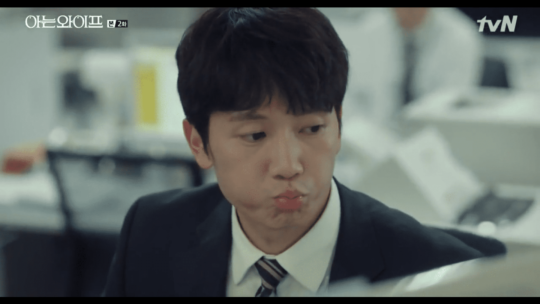 Did anyone else get Yona flashbacks when Ji Sung pursed his lips? Anyone?

For this premise to work, both pairings had to be believable. It would be a nightmare to have to sit through Joo Hyuk and Hye Won together for stretches of episodes if we couldn’t buy into it. But we do! The chemistry is palpable with both pairings, and I’m not afraid to admit that I rooted for Hye Won and Jung Kook to pair up the moment I saw them interact. But then we saw adorable Woo Jin flirt up a storm with Joo Hyuk at the tutoring lesson, and I was torn! And though it’s safe to assume Joo Hyuk and Woo Jin will find their way back to each other, the chemistry between each pairing is what will make for an interesting (and probably heartbreaking) ride.

And at the center of it all is the relatable storyline. The writer for this drama also wrote “Weightlifting Fairy Kim Bok Joo” and “Oh My Ghostess,” both of which were really enjoyable. She’s able to balance the rom and the com without it getting overly angsty, while also giving us those warm, intimate moments of character growth. And while the failure of marriage itself is not something everyone can relate to, there is certainly nothing more grounded in real life than us wondering about the choices we’ve made and the rippling effects they have had on our lives. 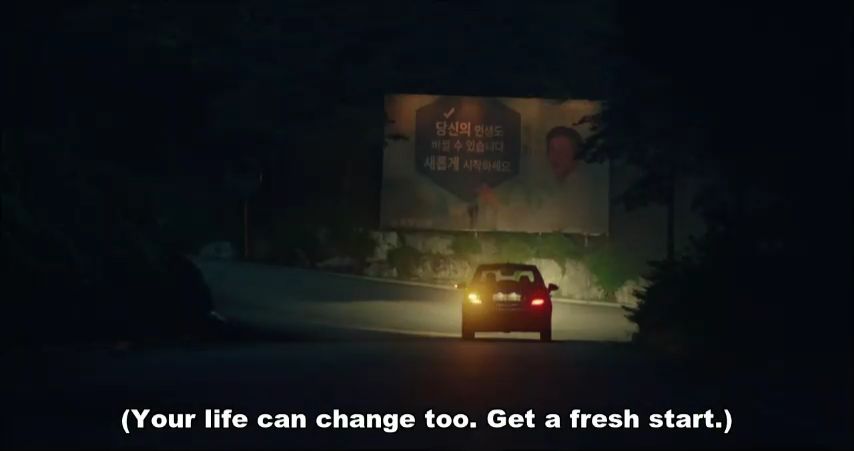 One small gripe I do have, is with the pacing of the first episode. By midway, I found myself checking to see the episode length, as it felt quite long. I feel like by cutting the episode shorter by even 10 minutes, the story would’ve been more succinct and well-paced. The second episode was shorter by such, and you could feel the difference, especially with the plot barreling down to the big reveal. So hopefully, the editing can deliver, and keep the greatness going!

Overall, this is a drama that should definitely be on your watch list! With a strong trio leading the cast, colorful supporting characters (I can’t get enough of Woo Jin’s hunky colleague Yoon Jong Hoo, and can’t-be-bothered-with-anything Kim Hwan, played by Jang Seung Jo and VIXX’s N respectively), and the utterly relatable plot, this drama will surely warm our hearts while simultaneously breaking them!

On a scale of 1 to 10, how much did you enjoy the premier of “Familiar Wife”? Or if you haven’t started watching…why not?! And what do we think triggers Joo Hyuk to go back to the present? Also, with him using up both coins, how will he go back to the past again? Share your theories and comments below!

Belinda_C vowed to watch this based just on it starring Ji Sung. She didn’t even bother to check what the premise was about, so she was pleasantly intrigued. She’s also excited beyond words to watch Shinhwa on “2 Days & 1 Night“.