Exclusive: GOT7 Talks About Ripped Pants, Love For Fans, And Future Plans At Singapore “Eyes On You” Concert

GOT7 captivated thousands of Ahgases in their recent “Eyes On You” World Tour in Singapore at ZEPP @ BIGBOX on August 4. Named after their recent mini album release, GOT7 kicked off their World Tour in Seoul earlier this year. Singapore was the second to last leg of the World Tour, and this was GOT7’s return to the sunny island in almost two years. 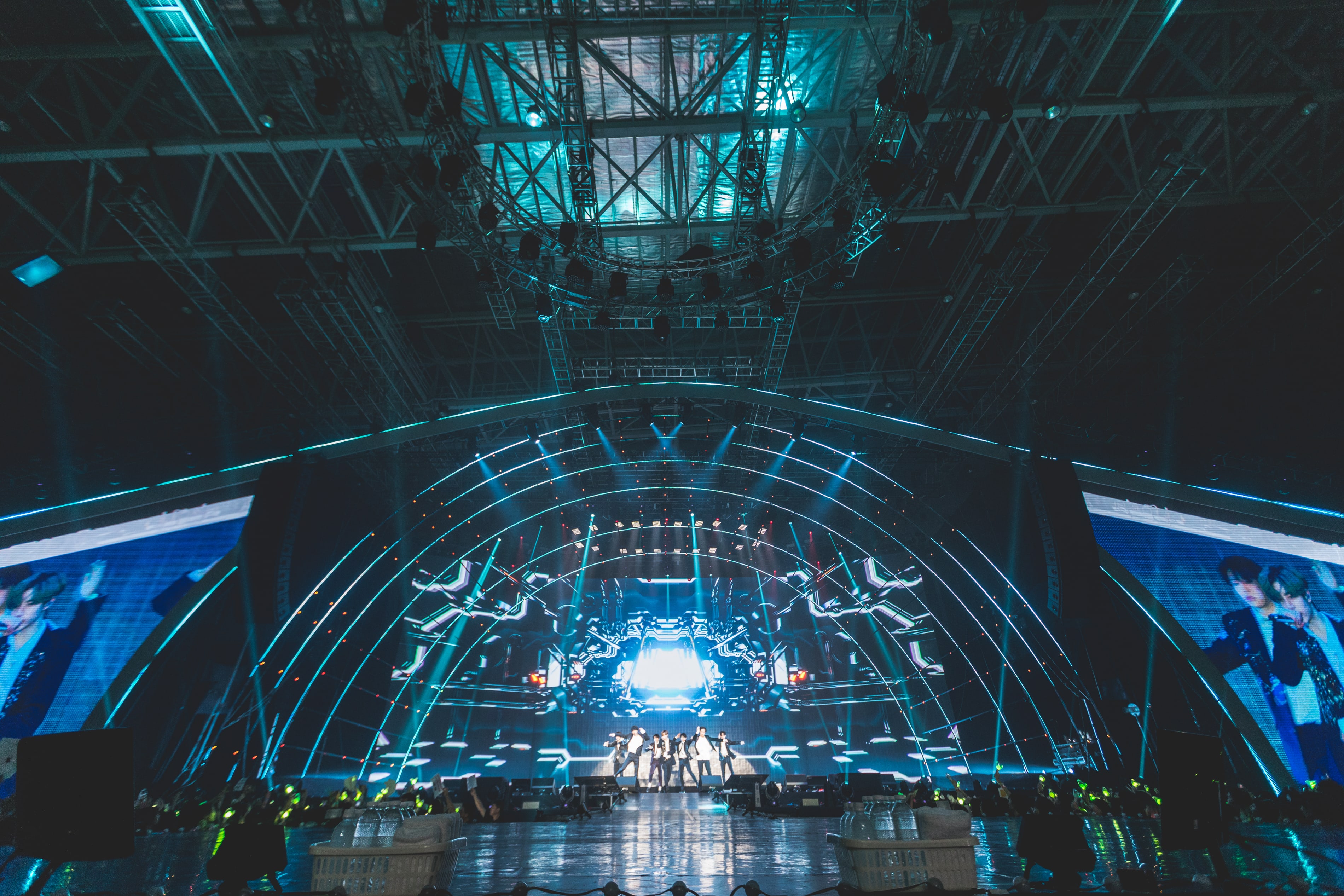 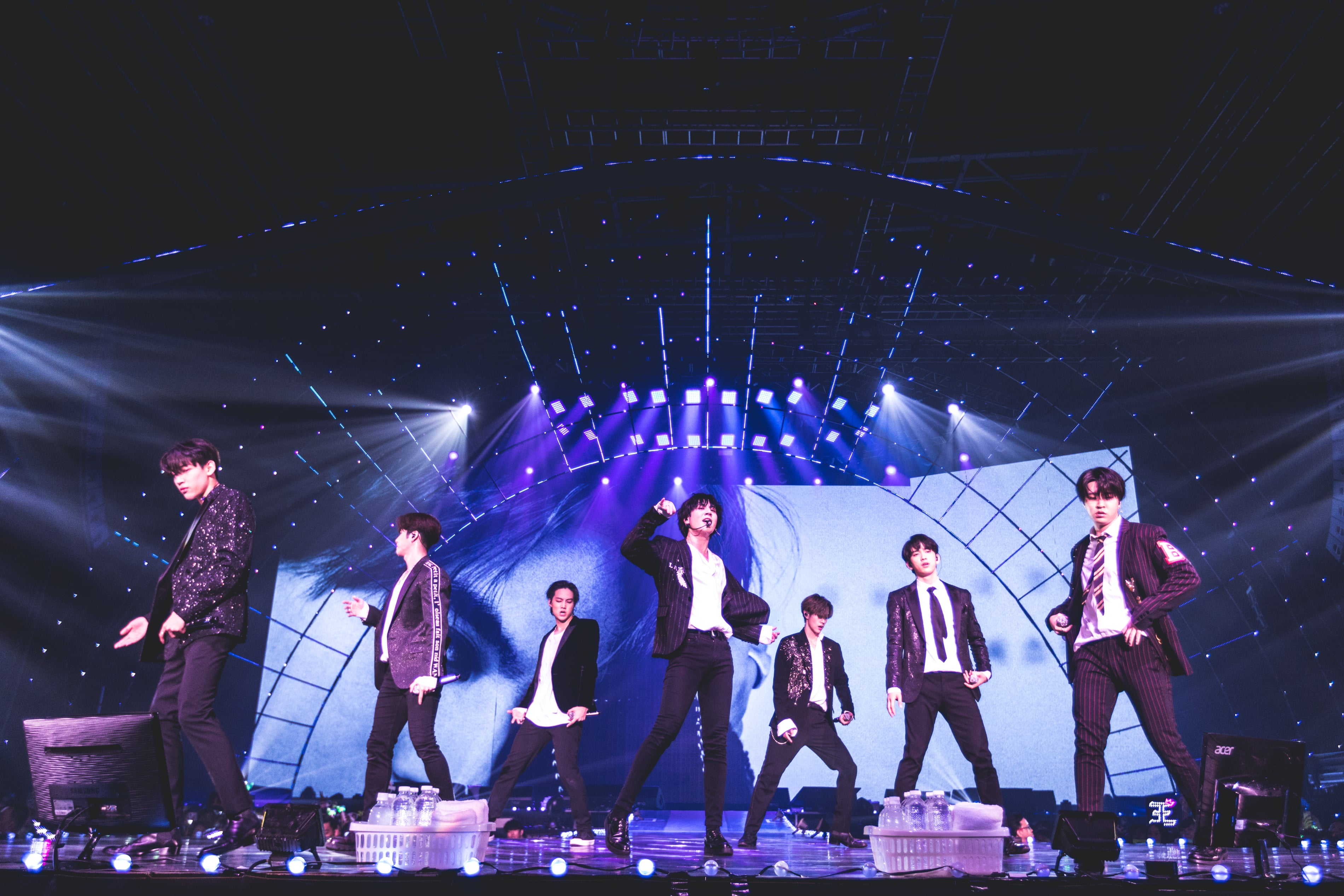 Spruced up in black suits, GOT7’s opening stage featured their hit songs, “Hard Carry,” “Skyway,” and “Out.” During their opening talk, Mark explained that design of the stage was in the shape of an eye, befitting to the theme of the concert. Yugyeom was nowhere to be seen on stage and BamBam revealed that his pants ripped, causing an uproar in the crowd. When he returned, GOT7 continued their performance with “My Home” and “Paradise.”

GOT7 continued to heat up the stage with “Prove It,” “Hey,” and “Firework.” The members formally introduced themselves and shared what they liked about Singapore, although it was a short trip. Yugyeom enthusiastically replied, “Chili crab and bread (he was referring to a fried bun you’d normally dip in chili crab sauce).” Jinyoung sneakily responded, “Singapore fans,” which caught Yugyeom off guard as he felt embarrassed by his answer. “Chili crab and fans,” Mark quick-wittedly exclaimed. After the hilarious exchange between the members, GOT7 performed “Look,” “Teenager,” “You Are,” “Never Ever” and many other hits including a hip hop version of “Girls Girls Girls.” 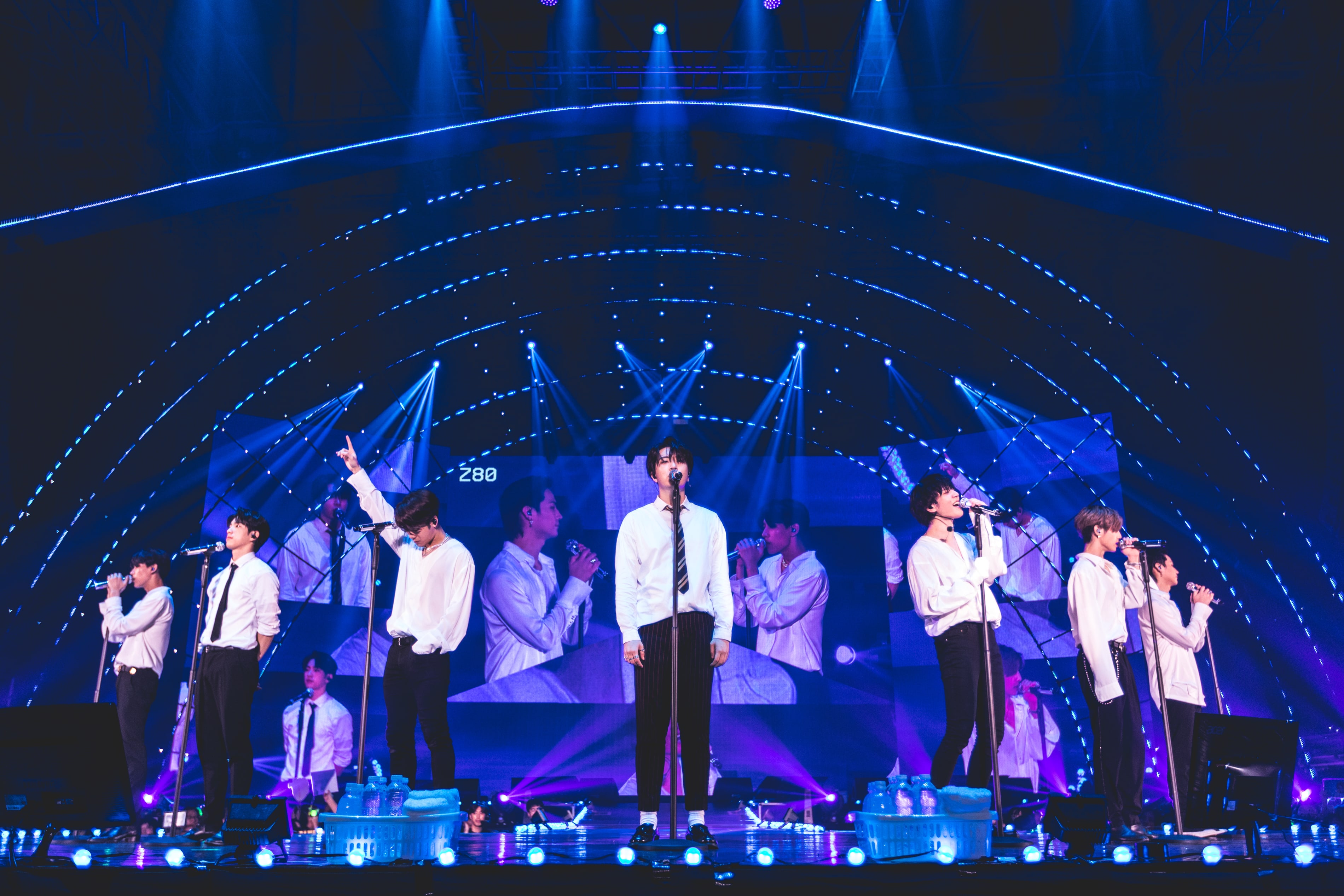 The next part of the concert featured a relay of animated short stories followed by GOT7’s performances of “If You Do,” “My Reaction,” “Face,” and “Dreamin’.” The animated short stories came alive as the lyrics from these songs depicted the couple’s relationship. It was later revealed that this segment was Jinyoung’s idea, impressing the crowd.

One of the highlights during the concert were the never-seen-before unit performances. Jinyoung and BamBam made a grand entrance in over-sized, bejeweled chairs and performed a hip hop song,”King.” JB, Mark, and Youngjae performed “Think About It,” a slow R&B number, showcasing their vocals. Whereas Yugyeom showed off his slick moves in his solo stage, “From Now.” Jackson took the roof down with his powerful rap in “Hunger.” Yugyeom shortly joined him and the duo performed, “Phoenix,” a rap song that had the crowd go wild.

Right after performing their new track, “Thank You,” Ahgases prepared a surprise which left GOT7 speechless. Each member gave their heartfelt gratitude. Jinyoung took the effort to address the crowd in English, “Although we can’t visit often, we will come back with better album for all of you.” Jackson also gave a teaser to the crowd, and said that “they’d be flying back tonight to prepare for another album.” BamBam said that he was drunk that evening, specifically “drunk on love,” reciprocating the energy he had received that night.

GOT7 ended off the evening with a photo with Ahgases and their signature cheer. During the encore stage, they performed the remix versions of “Look” and “Fly.” Just when the crowd thought the concert was over, GOT7 performed their final song for the evening, “Go Higher.” 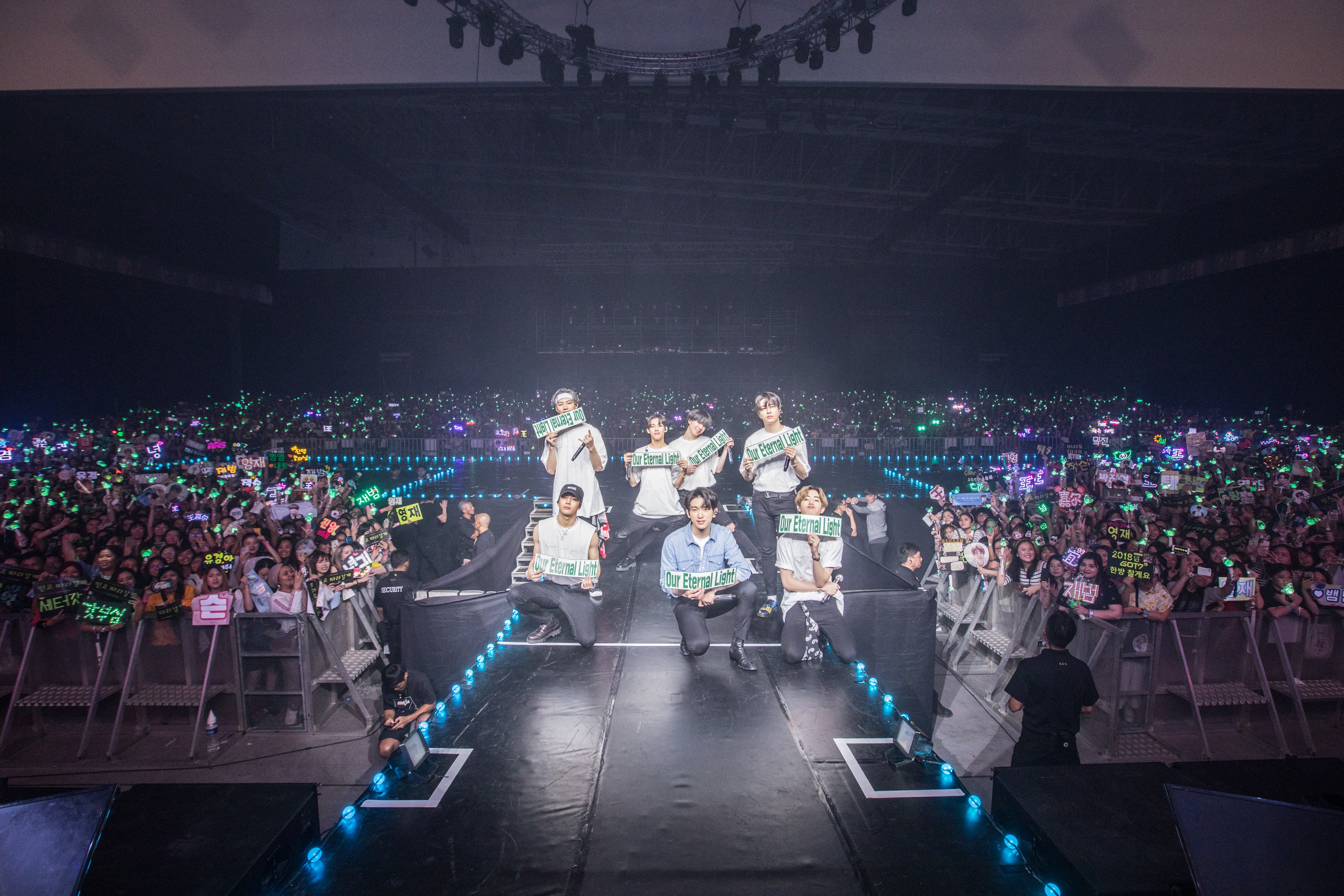 “Eyes On You” World Tour was well executed, from the elaborate props to the stage design and song choice – not forgetting GOT7’s powerful performances and playful antics that made the crowd wild. It will definitely be an evening that Ahgases will not forget. GOT7 will be making their final stop for 2018 “Eyes On You” World Tour in Hong Kong at Asia World Expo Arena on August 24.

Many thanks to ONE Production for having us!