SM STATION has revealed its next lineup for its monthly music talk concert series.

On August 6, SM Entertainment confirmed that f(x)’s Luna, YESEO, The Solutions, and Punch would be performing for SM STATION’s August concert, which will take place on August 25. In their monthly music talk concert series, artists perform and talk about working on tracks that were shared through the platform. The first concert series began last month, with performances from EXO’s Baekhyun, NCT’s Ten, and rapper Penomeco. 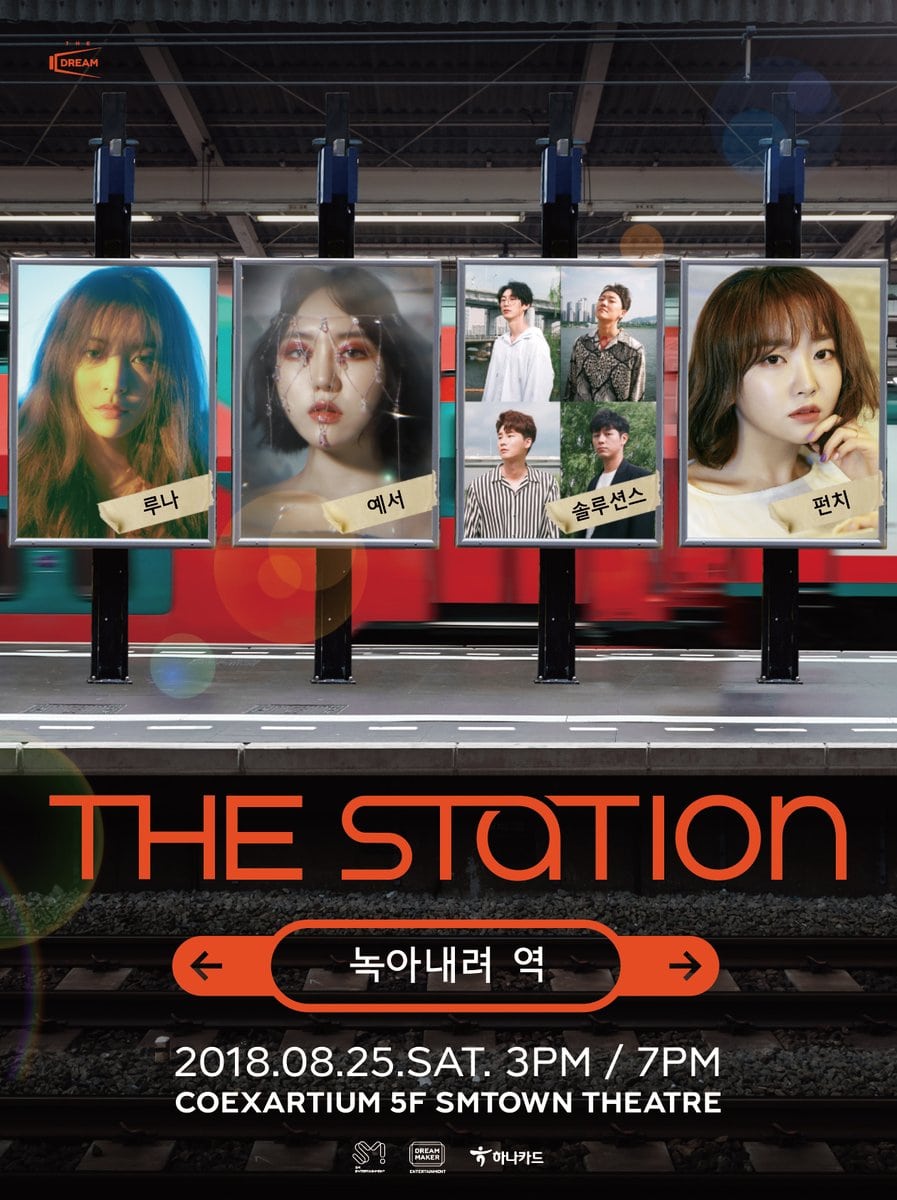 Luna has previously released several tracks through the platform, as a solo singer as well as a part of f(x). She collaborated with artists such as Heda, 4men’s Shin Yong Jae, and more. YESEO appeared on SM STATION through her track “Privacy” last March, while The Solutions released its track “All That You Want” in July 2017. Punch released an OST for “Missing 9” through SM STATION, “When Loneliness Calls You.”

SM STATION
f(x)
Luna
Punch
yeseo
The Solutions
How does this article make you feel?