Lee Da Hae shared her thoughts about her successful promotions in China and her physical appearance.

On August 7, SBS’s “Night of Real Entertainment” interviewed Lee Da Hae on the set of a shoot for a cosmetics brand.

The actress began acting in Chinese dramas six years ago, and her popularity in the country is still going strong. She was also the first Korean actress to win the award for Best Actress in a Drama at the LETV Movie and Drama Awards in 2012.

She explained, “The drama ‘My Girl’ was successful in China. Thanks to that drama, I think many people still recognize me.” Repeating her popular phrase from “My Girl,” Lee Da Hae said, “You’re going to be lucky!”

The actress was then asked about the moments where she finds herself pretty. Lee Da Hae replied, “I think there were some moments in the past, but those kinds of moments don’t really come by anymore.”

She revealed, “These days, a lot of my hair falls out as if I’m shedding. I wonder, ‘Do I need to look for hair-loss shampoo?'”

When the reporter tried to ask about her boyfriend of three years, Se7en, she successfully evaded the question before answering, “Yes, we’re doing well.” 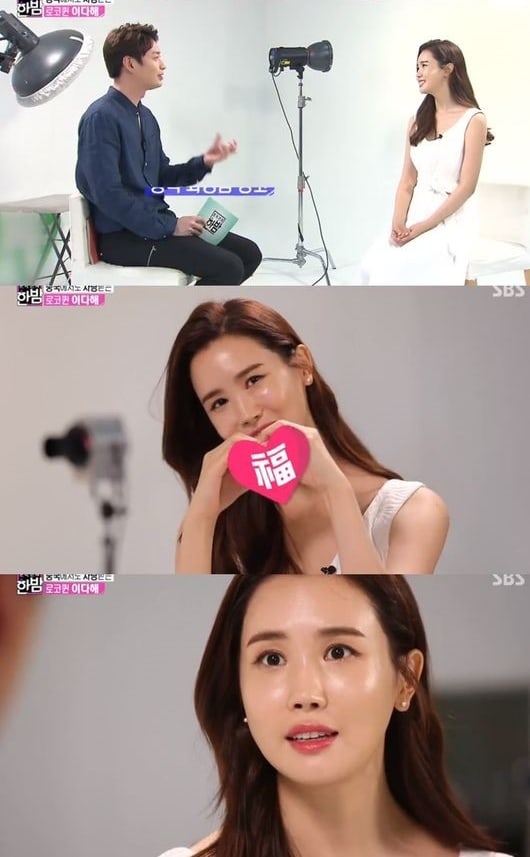 Lee Da Hae
E-news Exclusive
How does this article make you feel?